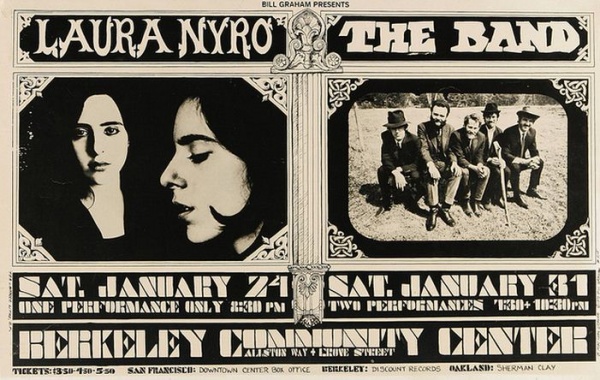 Going To A Happening – Concert Posters

Whether or not bands were better back in the day is a debate for another time and another place but we’ll wager that the posters advertising gigs and festivals were way, way better back then than they are now.

In this post we take a look back at posters for some of our favourite bands of the late 1960s and early 70s. Ranging from the simple to the psychedelic they cover the whole spectrum. Don’t look at The Yardbirds Fillmore poster for too long or you’ll go mad trying to figure out what it is (or what it’s supposed to be). The 1969 Newport Festival must have been some weekend with Booker T & The MGs, The Byrds, Jimi Hendrix, Joe Cocker, Love and Marvin Gaye all playing on the same bill– now that would be something to tell your grandchildren assuming you could remember anything about it.