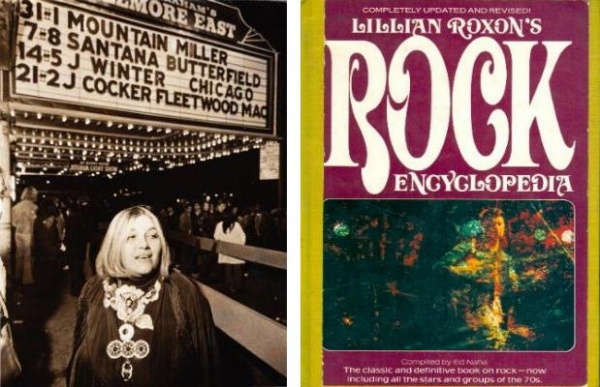 Lillian Roxon ‘s career was extraordinary in many ways – she wrote the world’s first ever rock encyclopedia, she became the first Australian journalist, male or female, to establish a high profile in the States and she effectively pioneered rock music writing and criticism when it was still considered a flash in the pan. Here we take a brief look at the remarkable life of Lillian Roxon which was tragically cut short at the age of 41 in 1973. 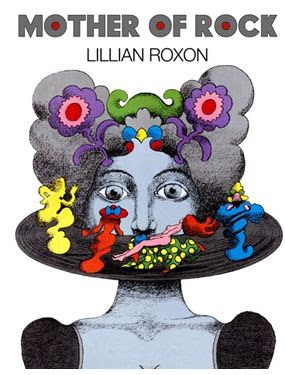 Lillian Ropschitz was born in February 1932 to a middle-class Jewish family who had moved from Poland to Italy where her father, a GP, had set up a thriving medical practice. However, with the rise of fascism in Europe, the family was soon on the move again heading to Britain in September 1938 and then on to Melbourne, Australia arriving in August 1940. The family settled in Brisbane and in December changed their name to Roxon, the Anglicised version of their surname, at the suggestion of the then 7 year old Lillian.

From a very early age Lillian had wanted to become a journalist and sold her first article at the age of 14 to Australia’s ‘Woman’ magazine. She left school in 1949 hoping to land a job in journalism but failed to even get the lowliest job she applied for. Lillian eventually enrolled at the University of Sydney and became involved with ‘the Push’ a bunch of students, intellectuals and general misfits who challenged the traditional Australian society of the 1950s with libertarian ideas on sex and politics. Other students involved in the Push at the time included Clive James and Germaine Greer (both of whom now reside in the Cambridge area). Through her involvement in the Push Lillian gained a reputation as an independent woman, a wit and someone who was good at identifying talent and promoting it. She was also a beautiful girl and her looks combined with a sharp intellect and innate self-confidence meant she had no shortage of admirers either. 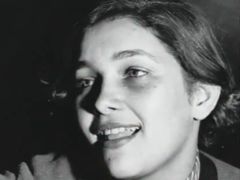 Following her studies Lillian secured her first journalistic posting in 1957 when she was offered a job on the Australian magazine ‘Weekend’. She remained there for less than two years and having been blinded by the bright lights of New York City whilst on a brief vacation decided that was the place she wanted to be. In 1959 at the age of 27 Lillian moved to New York starting off as a freelancer for ‘Weekend’ and moving on to become the first Australian journalist to gain a high profile in the States. In 1962 she was offered the New York correspondent’s position for The Sydney Morning Herald, a job she kept for the next ten years. 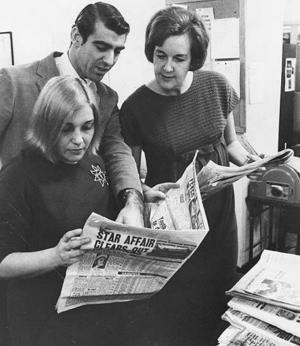 Perhaps you could say Lillian Roxon was fortunate to be in the right place at the right time but as the saying goes you make your own luck in life and Lillian grabbed it with both hands. She became fascinated with pop music and began not only to write about the new bands that were playing in New York in the mid-Sixties but also got to know them. Lillian was one of the first writers to realise the power of rock’n’roll and the fact that it was here to stay. Don’t forget that at this time pop music was still considered by many to be a temporary fad that would disappear as quickly as it had arrived. In 1966 Lillian got to know Danny Fields, a leading music industry executive and he introduced her to Max’s Kansas City – probably the most influential New York venue of the late Sixties and early Seventies. It was here that New York’s hip musicians, artists, poets and even politicians (in the days before they were all supposed to be squeaky clean) would hang out. It was Andy Warhol’s favourite watering hole and the Velvet Underground played there so often they were pretty much the house band. John Lennon, Janis Joplin, Lou Reed, Jim Morrison and Jane Fonda were also considered regulars. 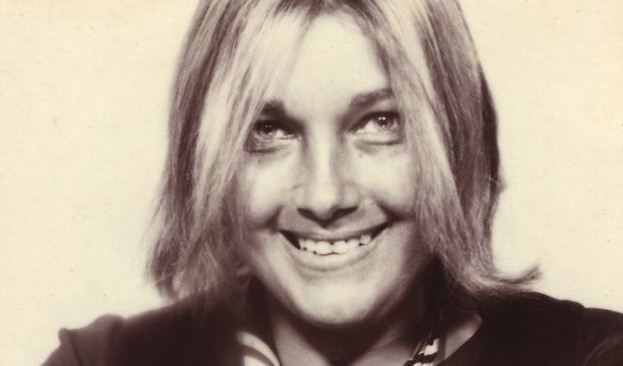 Lillian soon became a fixture at Max’s herself and became close friends with many of the music business people there. It was through the people she befriended at Max’s and her obvious love of rock’n’roll music that Lillian came up with the idea to produce the first ever rock encyclopedia. This was not a task to be underestimated. It took her 8 months to complete, had 613 pages, some 500 entries covering 1202 performers, 22,000 song titles and included every Billboard top single from 1949 to 1969. No mean feat. Lillian Roxon’s Rock Encyclopedia was at the time a considerable success and made Lillian almost as much of a celebrity as the performers featured in the book. The New York Times described it as ‘the most complete book on rock music and rock culture ever written’ and it effectively became the template for many of the music books that followed.

Such was her workaholic nature that Lillian also carried on her day job and in early 1967 paid a visit to San Francisco where she became one of the first journalists to write about the new hippie revolution that followed the Human Be-In happening at the Golden Gate Park.

Writing the encyclopedia concurrently with her other work took a heavy toll on Lillian’s health and with the polluted New York air she developed asthma. This was at a time when asthma medication was not as well managed as it is now and she struggled to get the treatment right. She was prescribed the steroid cortisone which caused her serious weight problems.

During her time networking at Max’s Lillian became good friends with Linda McCartney (then Eastman), Germaine Greer, Lenny Kaye (who went on to play guitar in Patti Smith’s band, compiled the original ‘Nuggets’ LPs and was one of the first people to use the term ‘punk rock’ in 1972). She went on tour with The Monkees in 1967 and during the early dates a certain Jimi Hendrix played. When any visiting Australian musicians came to New York, Lillian always played host and she became good friends with The Easybeats (including a brief fling with lead singer Stevie Wright), Helen Reddy who credited Lillian for providing much of the influence behind her international hit ‘I Am Woman’ and also Lynne Randell (known as Australia’s Miss Mod no less). 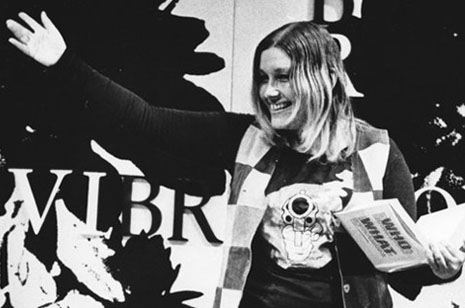 In the early 1970s Lillian, whilst still taking an interest in music also broadened her outlook and started writing more on feminism. She had been a big influence on Germaine Greer who dedicated her bestselling book ‘The Female Eunuch’ to her although the dedication was somewhat ambiguous and could be read as both a compliment and an insult. Lillian continued to write and also hosted a rock radio show that was syndicated to 250 radio stations in America. At this time she also became good friends with David and Angie Bowie and pushed his music in the States where he was still mainly unknown.

In early 1973 Lillian made what was to be her last visit back to Australia where she interviewed Mick Jagger and was herself interviewed for Australian TV. She returned to New York and wrote one of her last articles on a landmark concert at Max’s by Iggy Pop and The Stooges. Her final ever piece was on the then relatively unknown Marc Bolan.

Lillian’s asthma had continued to be a problem and the weight she was gaining from the cortisone steroids put a significant strain on her heart. In addition she continued to go out on a regular basis to Max’s although it should be noted she did not take drugs and drank very little alcohol. In August 1973 dressed up in a long gown and feather boa Lillian spent the night at Max’s Kansas City for what was to be the last time. A few days later Lillian’s friends became concerned when they could not contact her and phoned the police who broke into her apartment. She had died of a massive asthma attack on or around the 9th August 1973.

In 2002 Robert Milliken’s book ‘Mother of Rock: The Lillian Roxon Story’ was published and in 2010 Paul Clarke’s documentary ‘Mother of Rock’ was premiered at the Melbourne Film Festival. It seems a feature film is now in development as a lasting tribute to a woman who broke down many barriers and was a pioneer in her own unique way.

Shortly before her death during a TV interview she said: “The nicest thing about rock’n’roll is that it isn’t a science – a 14 year old kid is as qualified to write about it as I am, and I am as qualified as he – or she – is”. 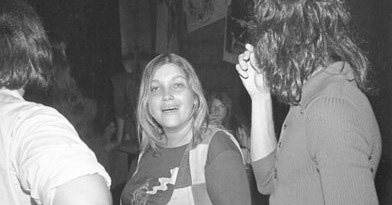 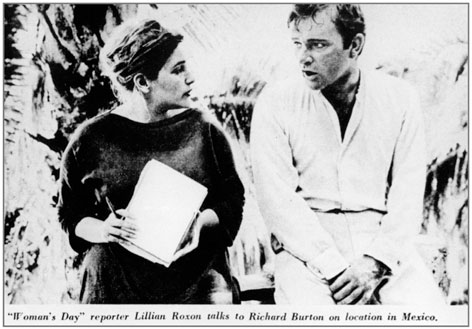