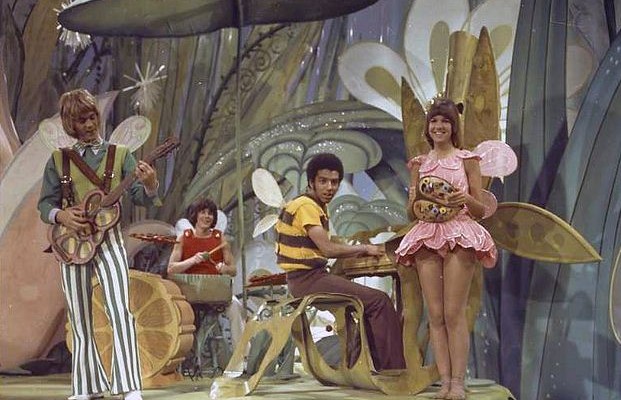 Boogaloo with The Bugaloos

An American kids’ TV show featuring four actors with British accents who when auditioned were told it was for a British version of The Monkees (who in turn were an American version of The Beatles) and that’s before we even got to the storyline about Benita Bizarre who lives in a juke box and spends her life pursuing The Bugaloos, four teenagers dressed as insects (a bee, a butterfly, a ladybird and a grasshopper) who fly around, sometimes on surf boards. You see she doesn’t like them because she’s jealous of the great music they make. Ladies and gentlemen welcome to the world of the Krofft Brothers (Martin and Sidney) who in the late 1960s and early 1970s produced some psychedelic kids’ TV programmes that would put Timothy Leary to shame. Turn on, tune in, wonder what the feck is going on. 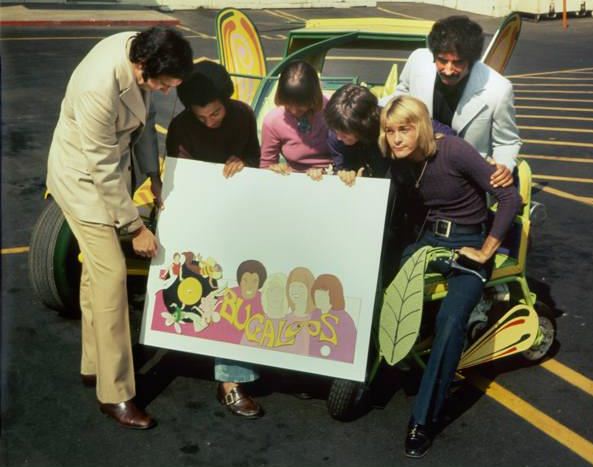 The brothers started off as puppeteers, initially working apart but joining forces in the late 1950s with an adult themed puppet show called Les Pouppes de Paris (the Dolls of Paris), featuring topless puppets which was condemned by Billy Graham having been the main attraction at the 1962 Seattle World’s Fair. The show went on to tour the States and was seen by an estimated 9 million people. They followed this by having their own slot on the Dean Martin Show but were fired after 8 episodes as Martin felt the puppets were upstaging him.
Following on from their puppeteering successes the brothers used their experience to design the sets and costumes for the Banana Splits and in 1969 developed and produced their own children’s TV show called H.R. Pufnstuf (more on this in a future post we hope). This ran for one season and was quickly followed in 1970 by The Bugaloos. There were only ever 17 episodes made and much like H.R. Pufnstuf before only ran for one season. Quite why these shows only ran for a single season is difficult to establish as they seem to have been popular and well-received. Perhaps each concept just ran its course and the ideas began to dry up but certainly in terms of new ideas and shows the brothers were never short of new concepts and went on to work almost non-stop throughout the 1970s and 80s. It seems they are still working now but presumably not quite as vigourously as they were in their younger days.
Such is the range and scope of work produced by the Krofft brothers that it seems certain we will revisit them here in the future whether it be to look at the fantastically named H.R. Pufnstuf or some of their other imaginative creations such as Magic Mongo, Far Out Space Nuts or Electra Woman & Dyna Girl.
VoEA Quick Fact – Phil Collins auditioned for the role of I.Q. the grasshopper but was just pipped at the post by John McIndoe. Later the same year Collins went on to join Genesis. How different the pop landscape would have been had Collins landed that role. 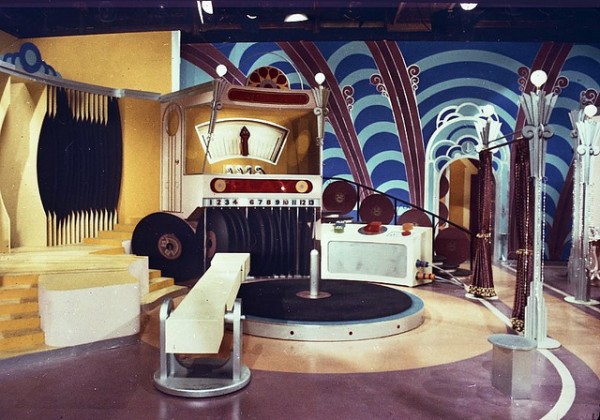 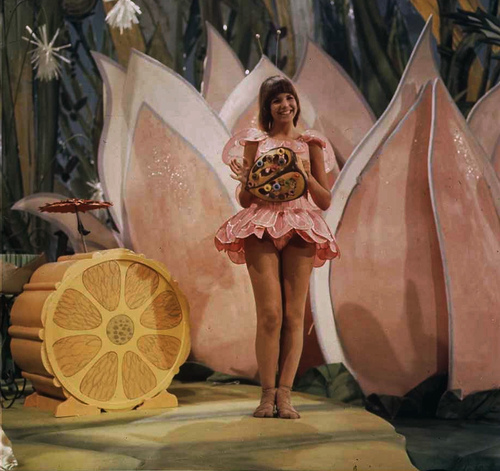 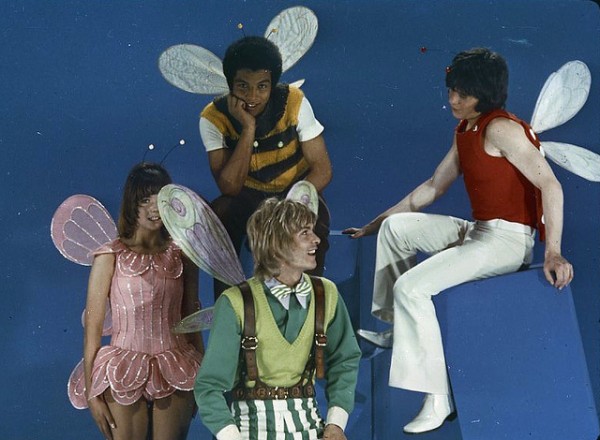 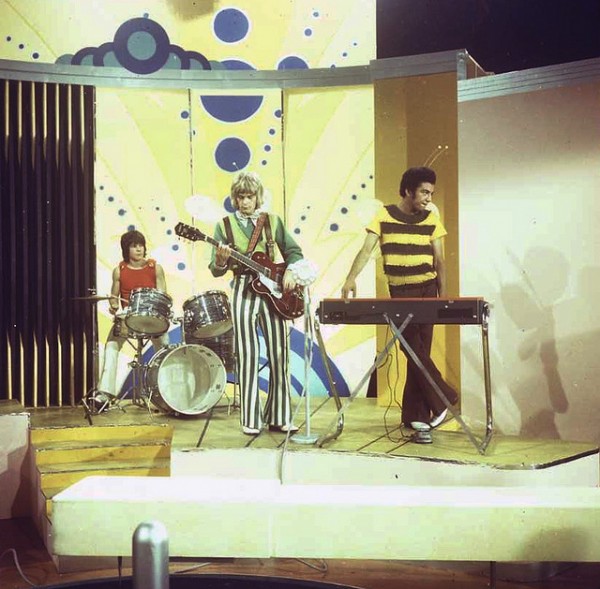 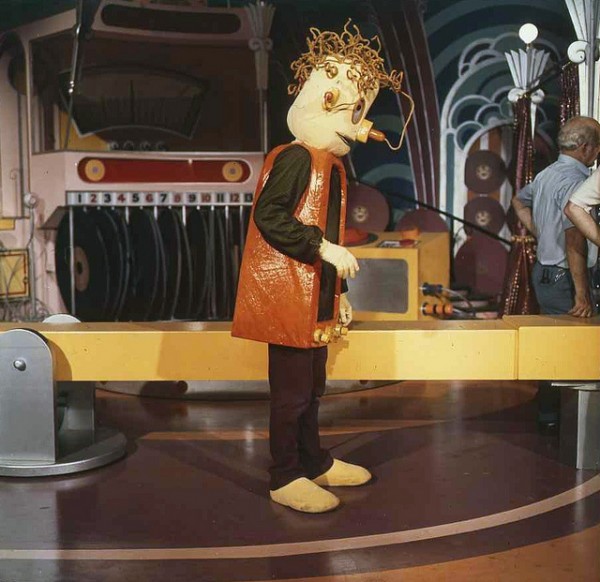 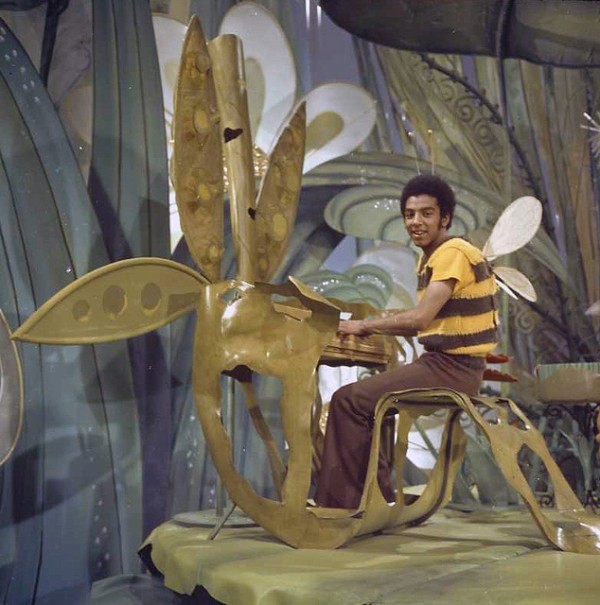 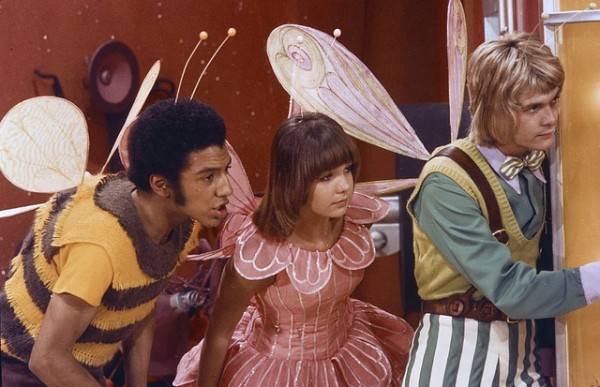 « British Designer – Paul Clark A Day or Two in the Life »