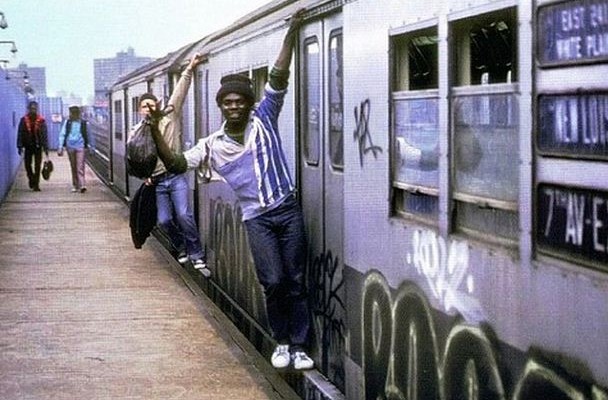 The first underground track was opened in 1904 on October the 7th, and signalled the start of what’s known to day as the New York Subway system (Mass Transit System). Nowadays there are in total 656 miles of publicly used track which runs 24 hours a day, with more track for the repairs etc. The whole operation is run by The New York Transit Authority and there are 468 stations. Not all of the track is underground, and there are long stretches of it overground. It’s an essential part of life in New York…. We have raided WATCHUWRITE?’s photo’s from his collection on Flickr, and shared some with you, he is a graf artist/fan and concentrates on that side of things. Whilst doing so we are provided with lots of nice shots of the Subway trains and surrounding areas, there is even a photo of Bob Dylan in the Subway! All the shots come from the 70’s or 80’s, and all are pretty cool. New York is certainly cleaner these days! Enjoy.