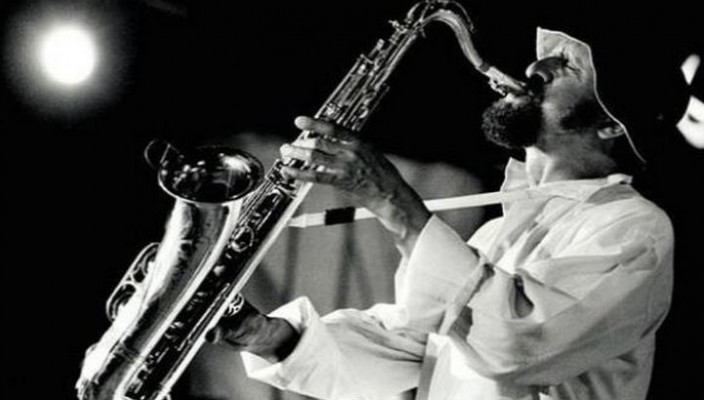 If you’re a Jazz fan, you’re probably aware of the work of American saxophonist Theodore Walter “Sonny” Rollins. Maybe you own his soundtrack album to the film Alfie or one of his many recordings for Prestige records.

If you haven’t heard of him you may be interested to know that the character Bleeding Gums Murphy from The Simpsons was loosely based on Sonny. In one episode Murphy plays saxophone on a bridge, this is a reference to Rollins playing on the Williamsburg Bridge in Brooklyn. In this 1977 television advert for Pioneer he’s back at the bridge blowing his sax while the narrator tells Sonny’s story.

Rock in Trade - Musicians in Adverts
Architecture Books - They're Brutal
House Hunting with Biz Markie
Loungin' - The Original Onesies
All The Fun of The Fair - 1973 Michigan State fair
Too Dutch Too Young - 1966 Amsterdam Festival
Sixties and Seventies Which? Magazines
Space Age Slenderizer - Trim-Jeans