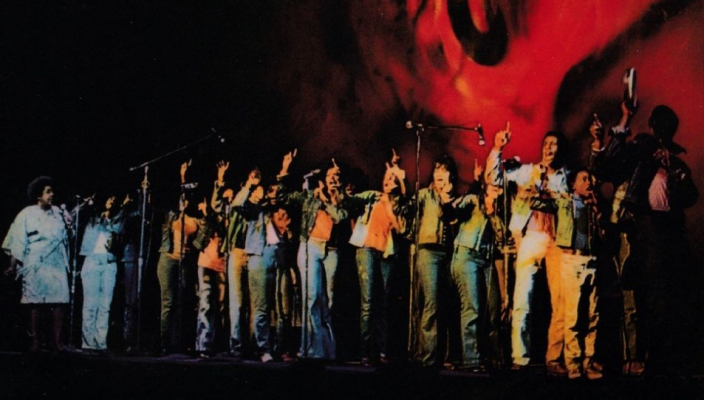 The sharp eyed amongst you may have gathered that we are big fans of the Voices of East Harlem here at VoEA so much so that we named our blog with more than a nod to the band.

We will do a longer post on the band sometime soon but in the meantime check out this footage from them when they played at the noted Tanglewood venue in Massachusetts in the summer of 1970. Oh, and don’t forget they are pretty much a bunch of kids coming as they do from the East Harlem Federation Youth Association.

We hope you get a feel for why we are such big fans of Voices of East Harlem and enjoy watching this concert which is to all intents and purposes a live working of their ‘Right On Be Free’ album. We will do a longer post chronicling the history and development of the band in the near future but in the meantime it’s over to Massachusetts via East Harlem for some soul tinged gospel.