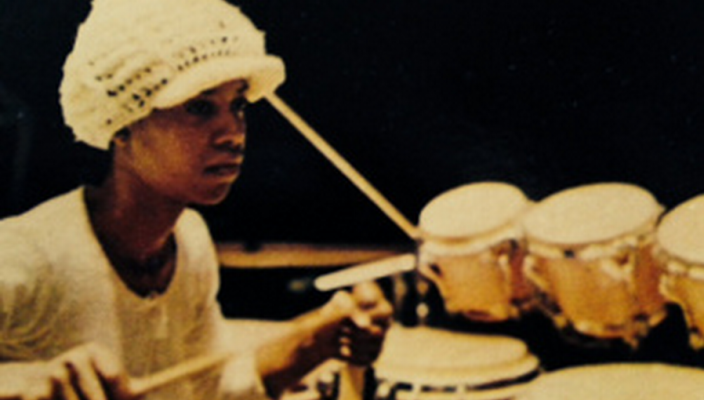 She’s a successful musician in what is very much a man’s world, she was the youngest session musician in Motown’s history, has been the percussionist on some of the finest records ever and played with the likes of Janis Joplin, Stevie Wonder, Bill Withers, Marvin Gaye, Carole King and the Incredible Bongo Band. We reckon this is long overdue and we’re not sure why it has taken us quite so long but the time has come to take a look at the life, times and music of Bobbye Hall, female bongo basher extraordinaire.

As a youngster at home Bobbye Hall found herself subconsciously drawn to using her mother’s pots and pans as makeshift musical instruments to the point where a pair of bongos were bought for her from a Detroit music store and she found her musical voice. At the age of eleven she was discovered at a Detroit record hop by noted Motown producer Paul Riser and invited to play on a session. From there, despite playing with other musicians who were old enough to be her father, she continued and became a regular fixture in the Motown Mansion albeit because of her young age was never acknowledged on any of the credits.

Having played on numerous Motown hits Hall then played with Marvin Gaye on ‘Inner City Blues’ (and bear in mind she was still in her teens) and in 1972 backed Bill Withers on his No. 1 smash ‘Lean on Me’. During 1973 she toured with Carole King and the following year recorded with Stevie Wonder and James Taylor.

The mid-1970s saw Bobbye Hall marry Joe Porter and record some of her own material but it never really took off and by 1978 she was touring again, this time with none other than Bob Dylan. The following year she backed Pink Floyd on their recording of The Wall and also went on to help out Bob Seger and his Silver Bullet Band, Stevie Nicks, Rod Stewart, Dolly Parton, Marc Bolan, Aretha Franklin and Kris Kristofferson to name but a few.

Now living in Los Angeles with a house lined with gold and silver discs Bobbye Hall can reflect on a life spend helping the hitmakers and putting her own indelible stamp on what must amount to literally hundreds of hit records. 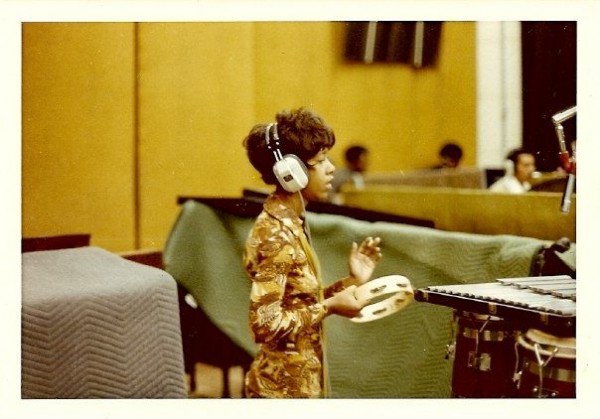 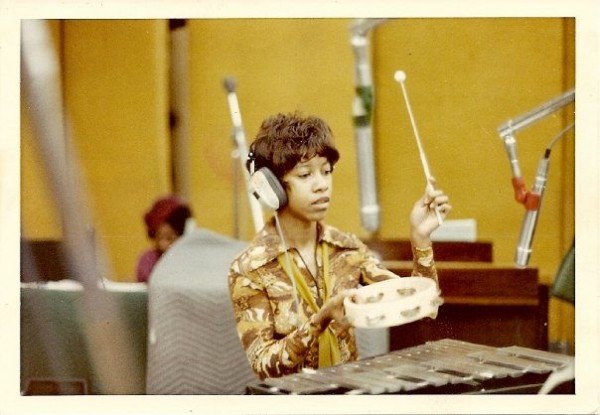 Bobbye Hall in session with The Temptations