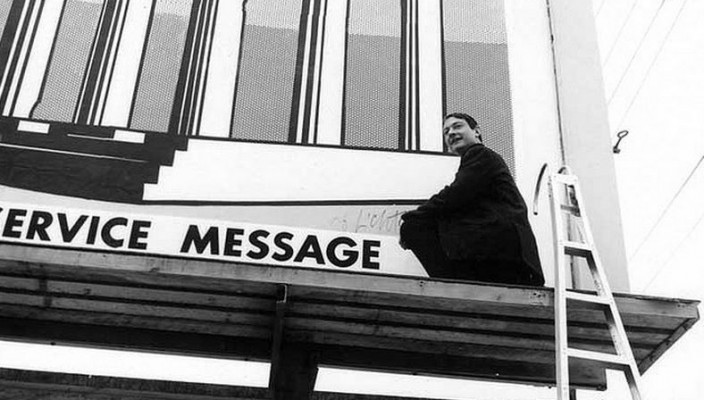 Usually when you cast your eyes upon the name Roy Lichtenstein, the article will be followed with a colourful collection of paintings by the famous pop artist. However in this post everything’s black and white – from Roy’s suit and polo neck jumper to the billboard he unveils.

Lichtenstein’s first exhibition was held at the Pasadena Art Museum in 1967. As the artist was in town, the organisers of the event arranged for him to unveil a huge billboard promoting show – the massive poster featured a larger version of his 1964 painting called “Temple of Apollo”. The low-key unveiling was staged in a Sears car park, Mr Lichtenstein was greeted by a small gathering of locals before he reached the dizzy heights of the Foster and Kleiser billboard on a ladder. 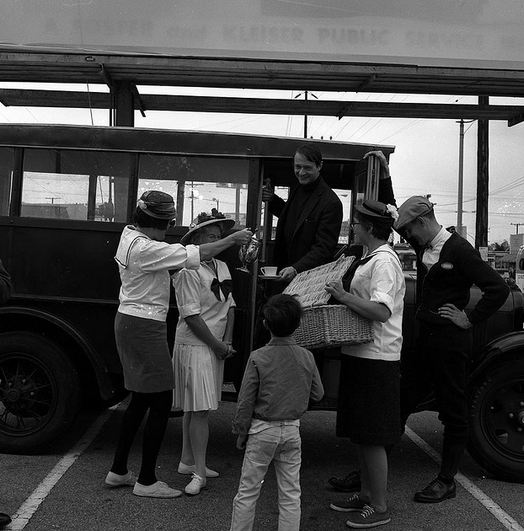 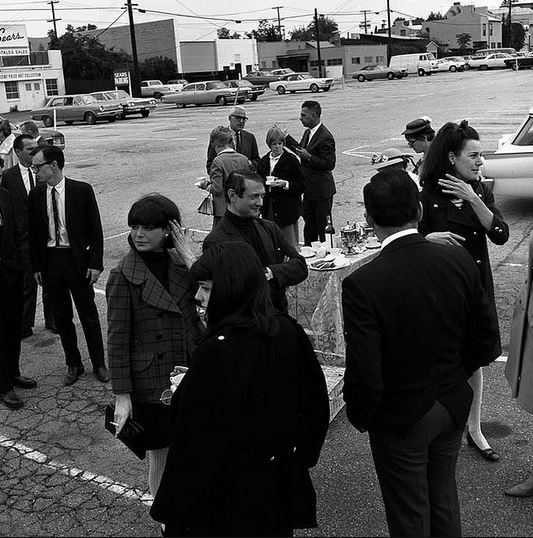 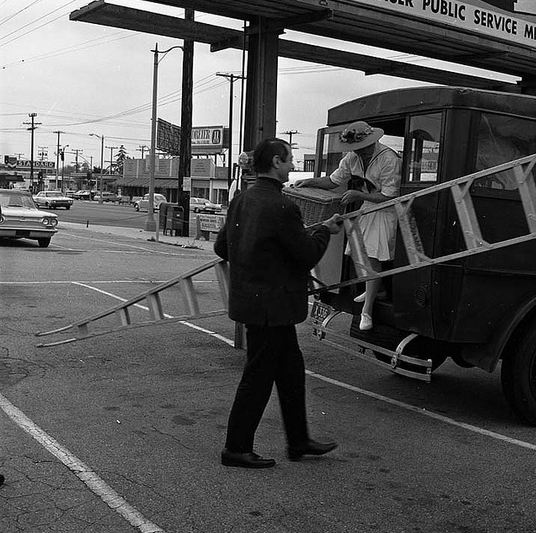 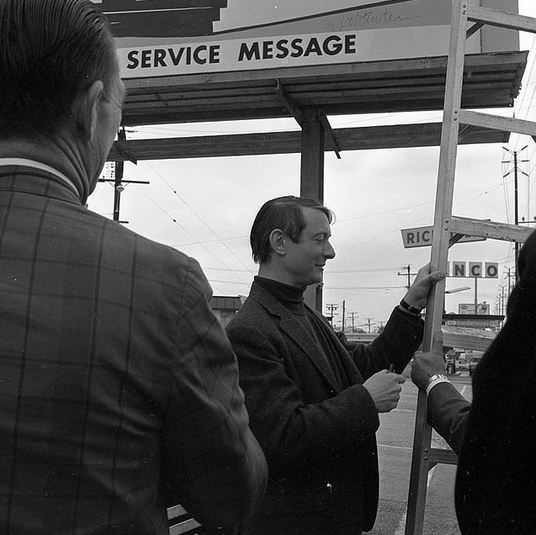 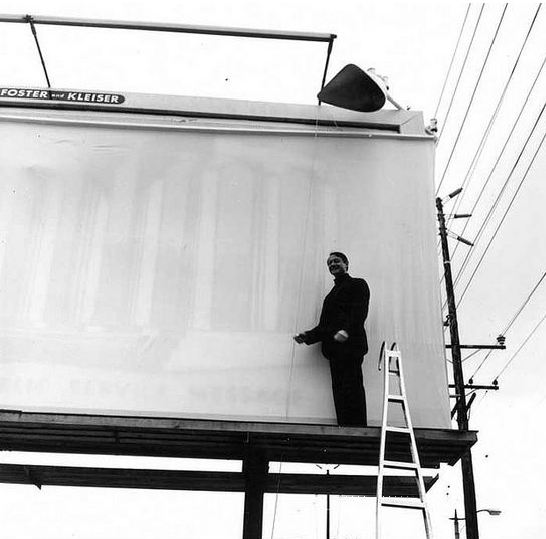 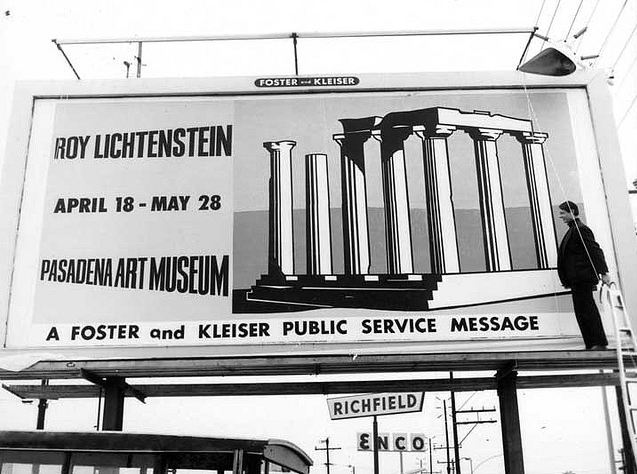 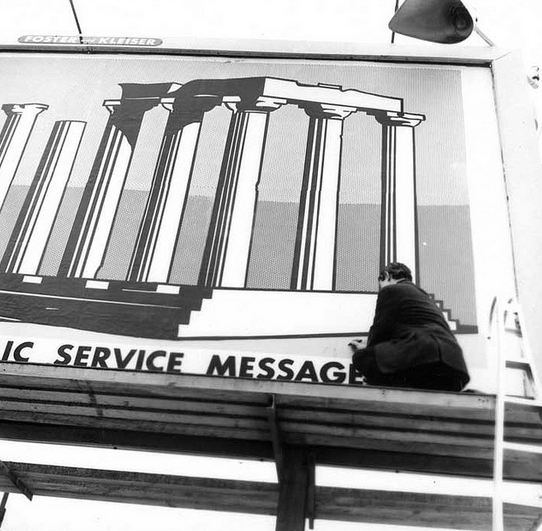 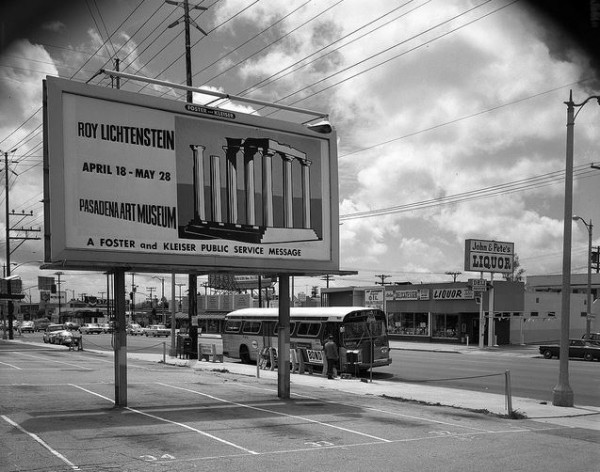