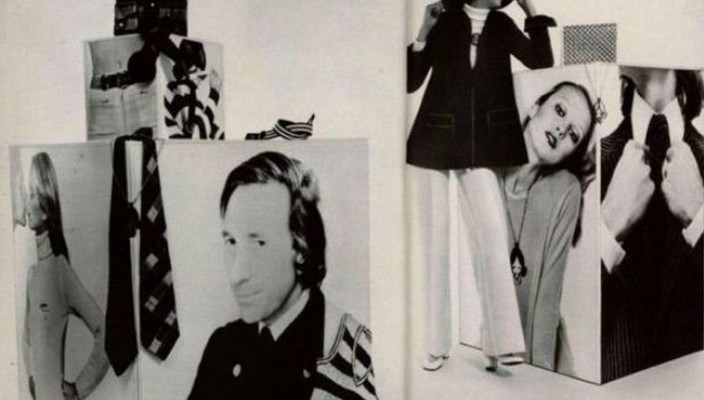 Whilst he’s not up there with the really big name French designers of the 1960s and 70s Ted Lapidus made a significant contribution to the rapidly changing fashions of the time and to this day his influence can still be seen on high streets and boulevards throughout Europe.

When we think of French designers from the Swinging Sixties names like Yves Saint Laurent or Pierre Cardin spring to mind as the big hitters who seemed to dominate the scene of the time. However, as with all fashion circles, it was often the smaller, lesser-known designers who had the most influence even if they weren’t always up there in the limelight. Ted Lapidus may not be a familiar name now but he designed clothes for John Lennon, he is credited with making denim jeans acceptable in the mainstream, he was the man who moved the safari suit from the wide open African plains to the Parisian catwalks and he was the first designer to experiment with unisex clothing.

Born Edmond Lapidus in Paris (where else!) in 1929, he studied medicine at the University of Paris but soon realised he would have to study for a long time and at great cost to qualify when instead he could make a living from his love of clothes – a love he inherited from his father, a Russian immigrant tailor. Whilst at University he taught himself fashion design and when the Second World War drew to a close he quietly dropped his medical studies and became a part-time fashion designer. Following a remarkable stint in post-war Tokyo studying the contrast between traditional craft techniques and high-quality mass production he joined Dior in 1949 where he served an apprenticeship of sorts before setting up his own label in 1951. With the backing of French warbler Charles Aznavour he opened his first haute couture salon in 1957 and the same year opened his first unisex boutique called Tedd. The way he embraced both the high-end of fashion and appealed to ordinary men and women was a long-running theme with Lapidus and drew admiration from many of his contemporaries.

In 1963 Ted presented his first fashion show in Paris and shortly after became part of the French fashion aristocracy when he was inducted in La Chambre Syndicale de la Haute Couture meaning he could legitimately use the term haute couture to describe his hand-made items (haute couture meaning literally high dressmaking or high sewing.) Ever one to keep his feet on the ground though (and to spot a good sales opportunity) he caused quite a scandal when he mass produced the pieces from his show and sold them through La Belle Jardinière, a Parisian department store and also its 250 budget stores spread throughout France – not the kind of thing haute couture designers are supposed to do and he was almost blackballed from La Chambre having only just been admitted. He was in many ways the enfant terrible of French fashion and his refusal to conform to the stuffy norms of the traditionalists put a lot of upturned French fashionista noses out of joint.

By the mid-sixties he was on a roll and with the rapidly changing nature of fashion at the time was in his element producing military inspired coats, silver paper dresses, denim designer jeans and probably the look he’s best known for – the safari suit. His style was acknowledged for its clean, uncomplicated lines and excellent cut of the material in fact one of his notable and no doubt most appealing tag lines at the time was: “My clothes make anyone look 10lbs slimmer and 10 years younger”. His appeal was such that a number of French stars of the time wore his clothes including Brigitte Bardot, Jean Seberg and Alan Delon. He was the first designer to take Twiggy out of a mini-skirt and put her in a suit and tie which chimed with his thinking of making clothing unisex, a concept we take for granted now but back in the 1960s clothing styles were very much defined by gender and Lapidus was one of the first designers to move away from that. He also designed the white suit John Lennon wore on the cover of Abbey Road and in the Imagine video (the suit incidentally sold at auction for $120,000 in 2005 and was then sold on again in 2011 for a ‘mere’ $46,000 – vintage celebrity clothing has never been a good long-term investment in our humble opinion).

In 1969 in a bizarre but evidently smart move, and as result of his confidence in the mass-production techniques he’d studied in Japan, Lapidus came to an agreement with the Israeli government whereby he became design supremo for the whole of Israel’s fashion industry in return for half of his business. By the end of 1970 every item in the Israeli ready-to-wear market was stamped with the Ted Lapidus trademark and half the profits went his way too.

As the 1970s progressed Lapidus saw the future not so much in haute couture clothes but rather in accessories and perfumes and was one of the first to move into designer scents forging an alliance with L’Oreal as early as 1970. During the 1980s the company suffered through not having the backing of one of the large conglomerates and slipped away from the mainstream. In 1989 Lapidus ceded control of the business to his son Olivier although they had one or two battles after this including one memorable fall out which led to the reputably prickly Ted suing his own son. However after many threats and further spats they eventually kissed and made up. The business still trades to this day although they completely moved away from haute couture in 2000 and Ted Lapidus passed away in December 2008. Such was his influence on French fashion that the then French president Nicolas Sarkozy was moved to call him “the poet of French couture”. 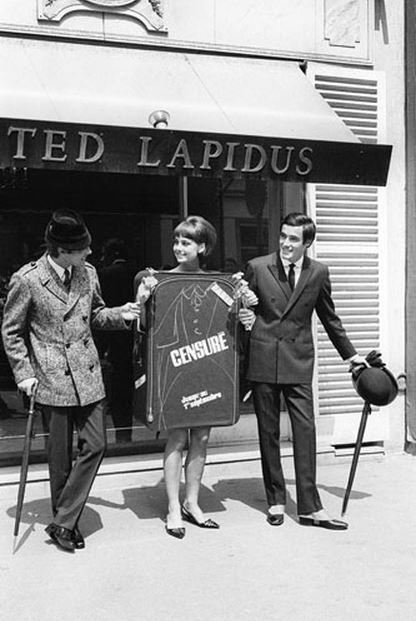 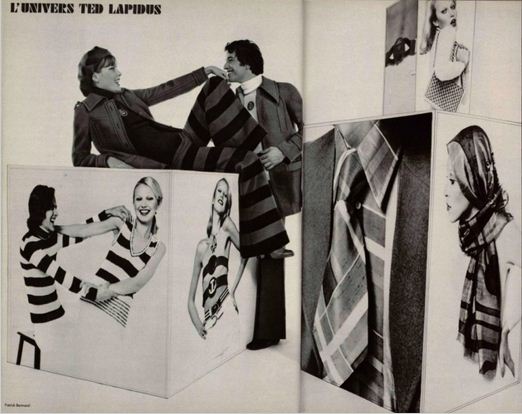 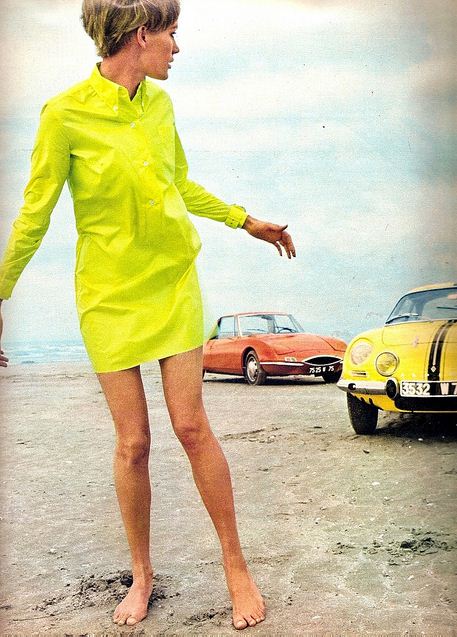 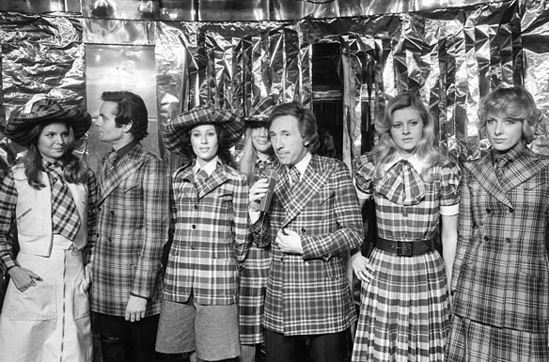 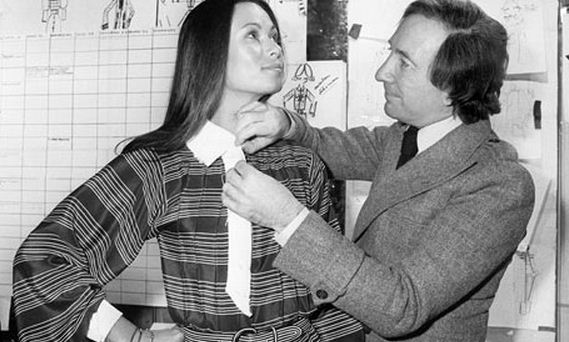 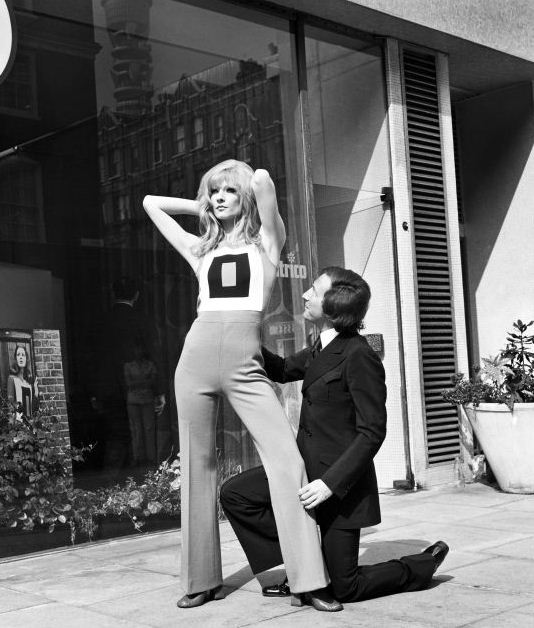