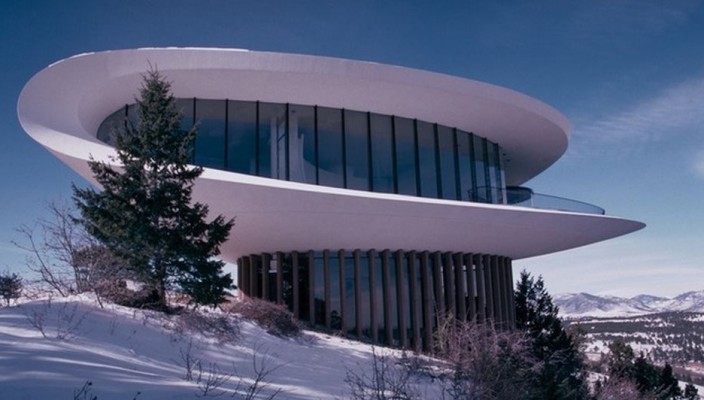 A Nostalgic Look At The Future – The Sleeper House

“I’m a clarinet player in 1973, I go into the hospital for a lousy operation, I wake up 200 years later and I’m Flash Gordon! said the Woody Allen Character Miles Monroe in the film Sleeper.

As the Sculptured house in Colorado resembles some sort of spaceship that has landed on a side of a mountain, It’s no surprise that Woody used it as a location in his 1973 futuristic comedy film

The house was designed by Architect Charles Deaton and was built in 1963. The building interior remained empty for several decades until John Huggins brought the house in 1999.

In 2010 the house was sold to a Colorado real estate investor, John Dilday.The building is now on the National Register of Historic Places listings in Jefferson County, Colorado.