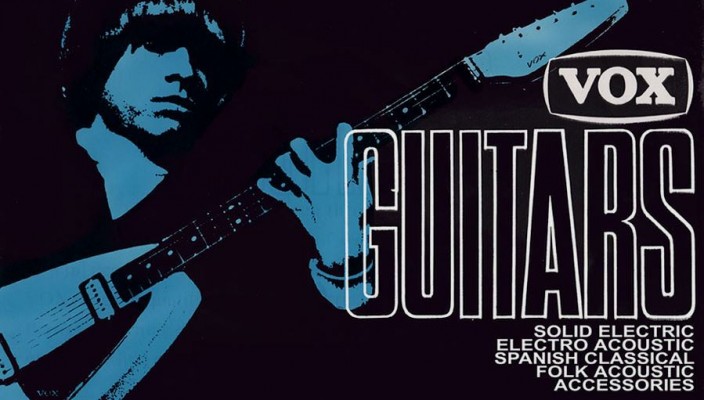 Previously we’ve posted a few adverts for Vox in our The Who (and Others) Sell out feature. This time we’re dedicating a whole page to the company that created guitars with “New shapes in Sound” and manufactured amplifiers to produce “the sound of the Longhairs”.

Thomas Walter Jennings started the business in Dartford, Kent, England  just after the second world war. His company started out as The Jennings Organ Company and during the early years they produced the successful Univox – a self-powered electronic keyboard.

The late 1950s saw the company produce their first 15 watt guitar amplifier – the Vox AC15. At the start of the 60’s the company had hot competition from Fender in America and bands from the UK demanded larger and louder amps from, so they eventually produced the bigger and twice as powerful Vox AC30 amp, which was used by the likes of The Rolling Stones, The Yardbirds and The Kinks.

During their early years The Beatles even struck a deal with Vox, they would use their amplifiers exclusively for all stage appearances. With the biggest band in the world using their equipment the amps became extremely popular in America – The Monkees even made a Spinal-Tap-like entrance to the stage through some empty Vox amplifier cabinets at the beginning of their concerts.

Vox continued to manufacture instrumenst, accessories and amplifiers through the next few decades, however in 1992 they were finally taken over by Japanese electronics company Korg.

Here we have an assortment of magazine adverts, from the the sixties we have a Beatles themed Sgt Pepper amp and a Frankfurt trade fair advertisement. Then we finish off  in 1982 with Paul Weller from The Jam standing in front of his Vox collection – This was also the same year he disbanded the band before forming The Style Council. 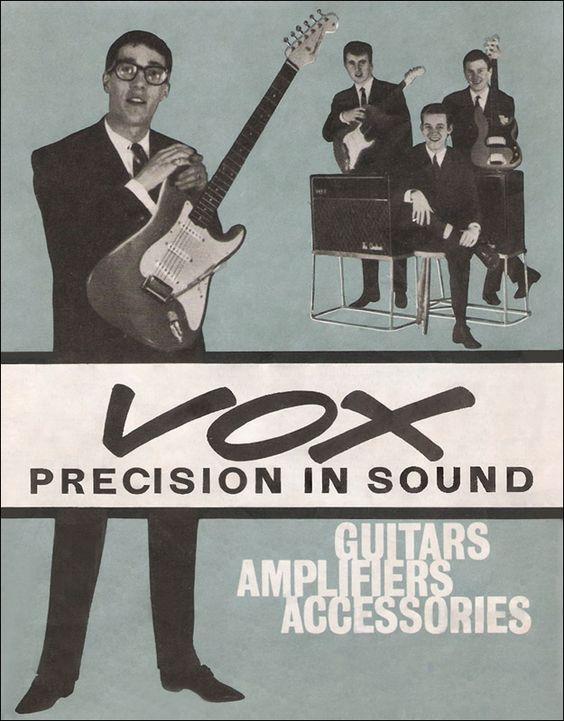 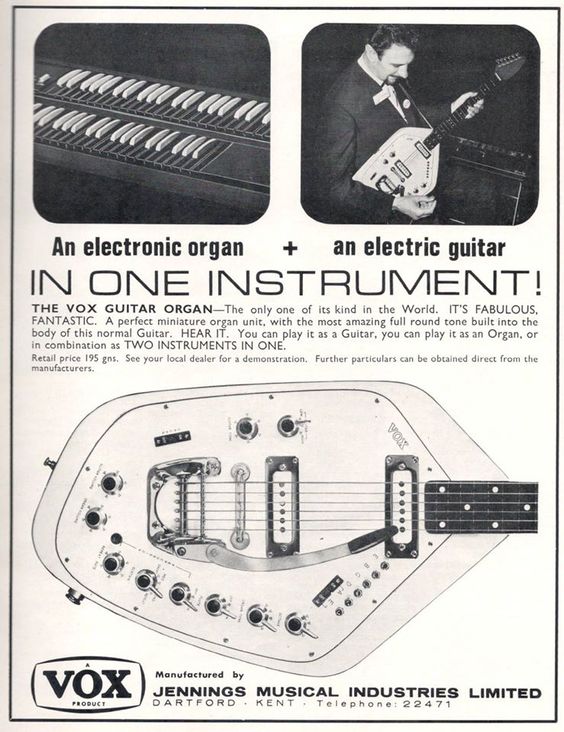 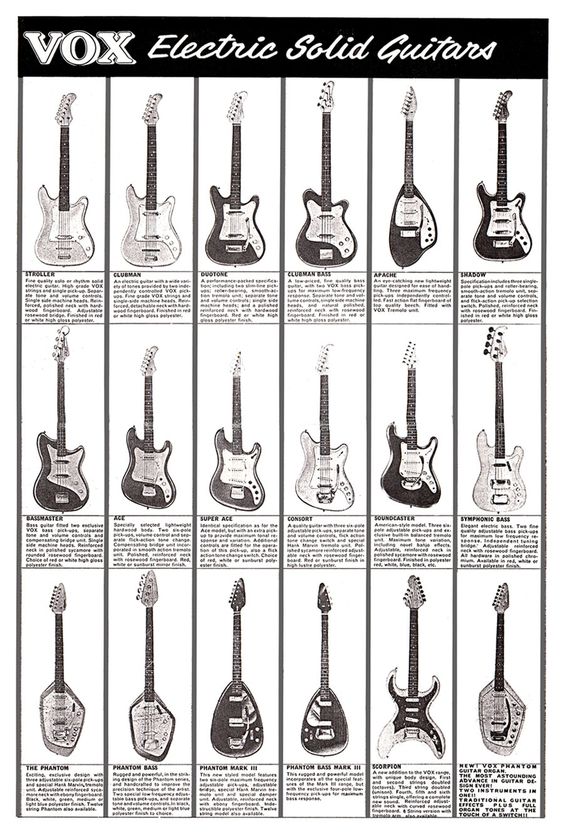 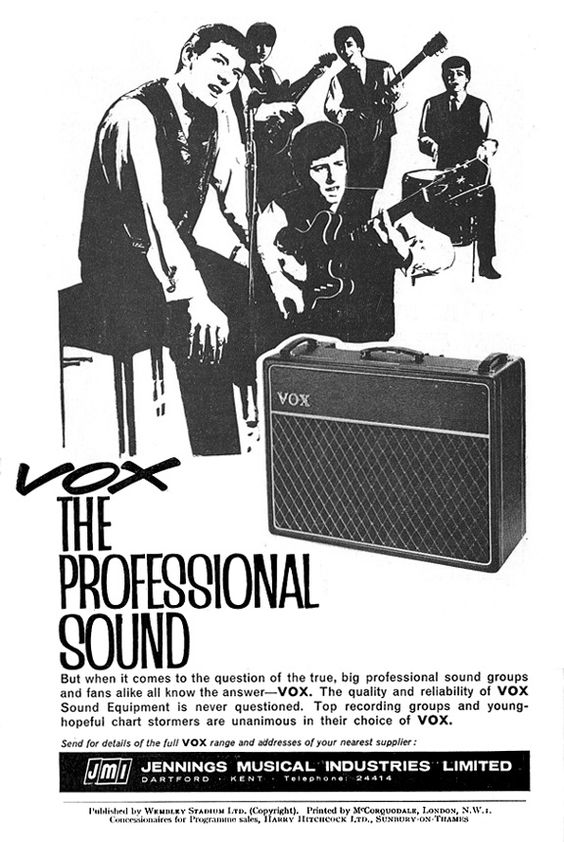 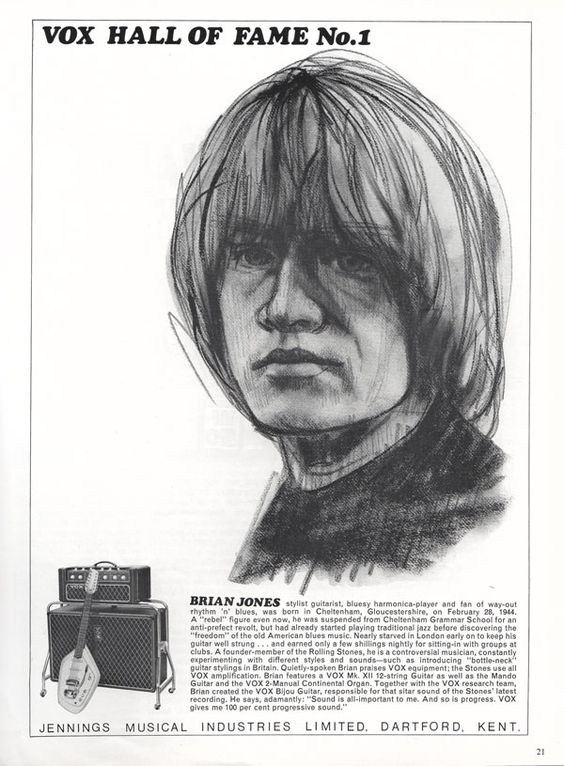 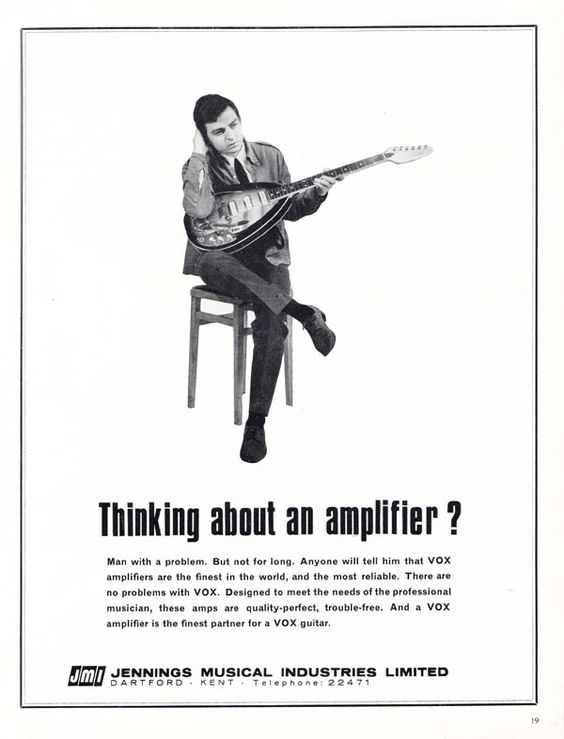 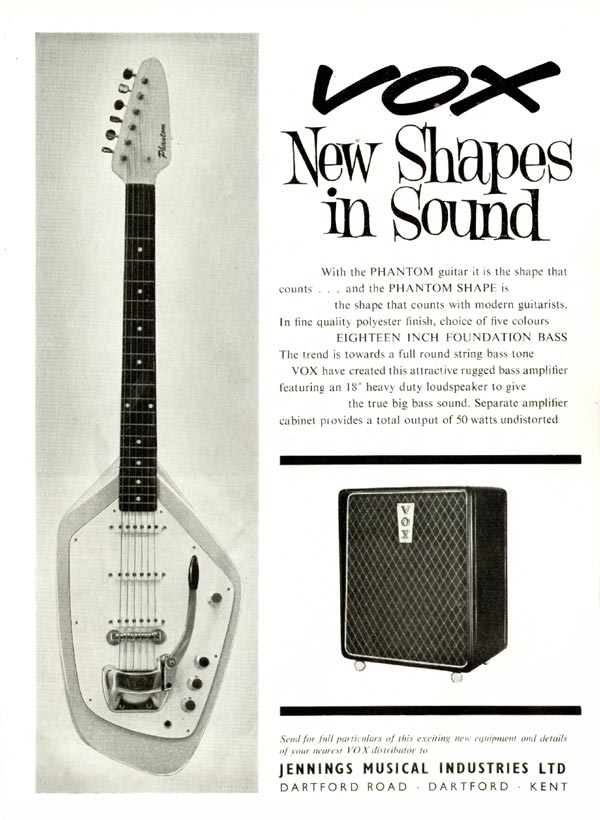 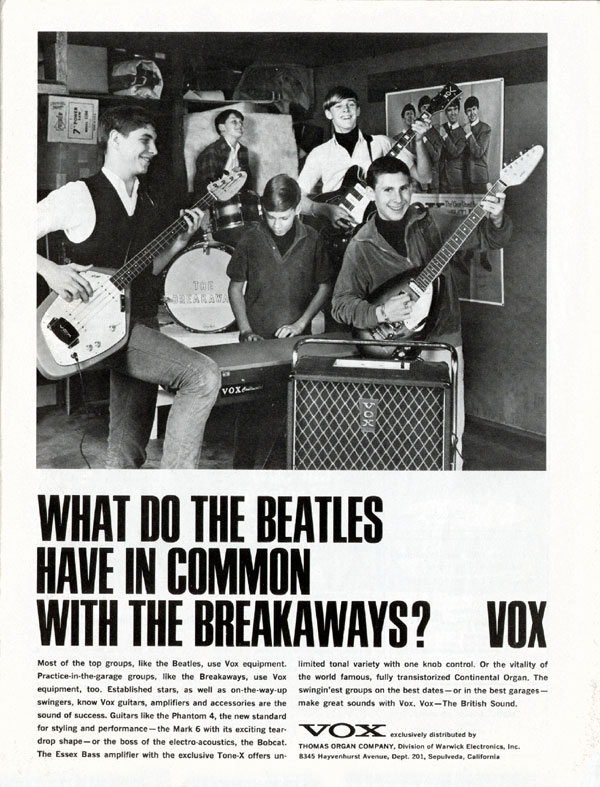 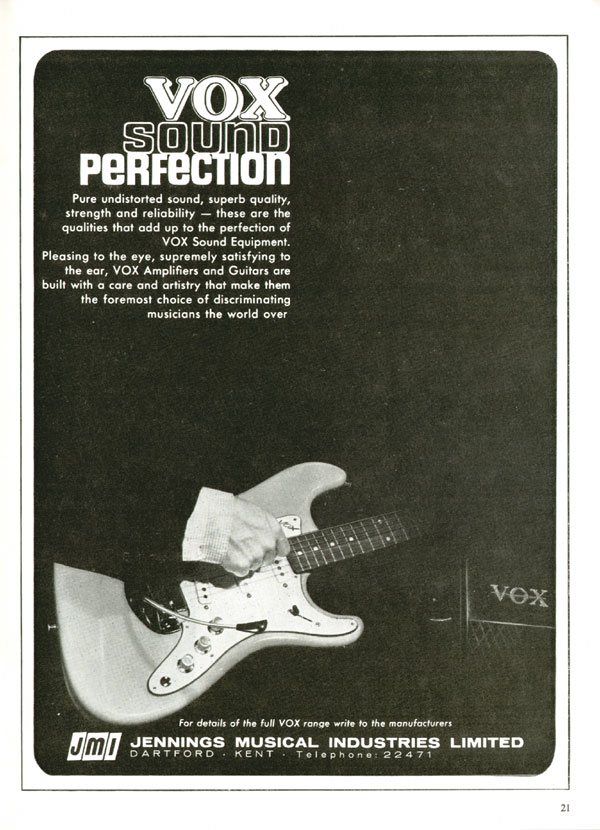 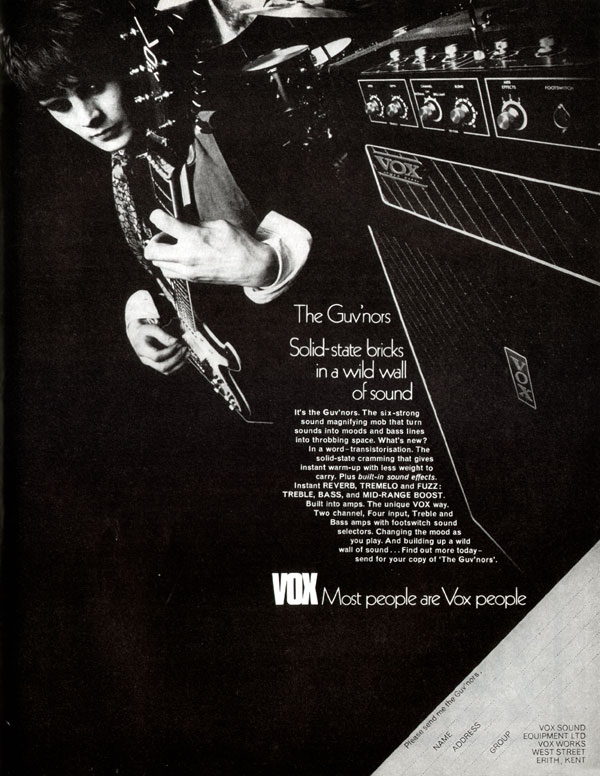 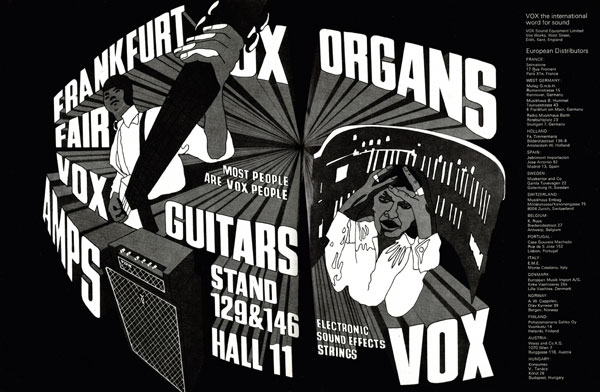 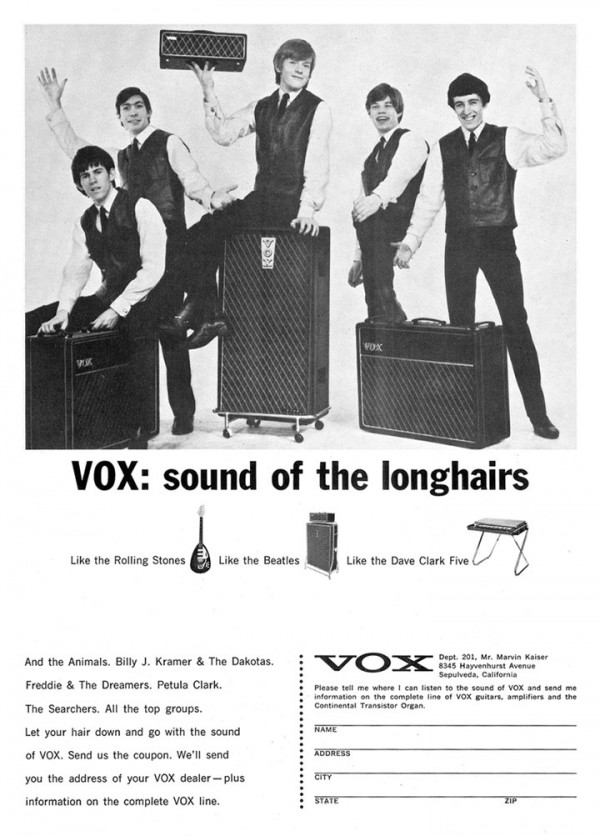 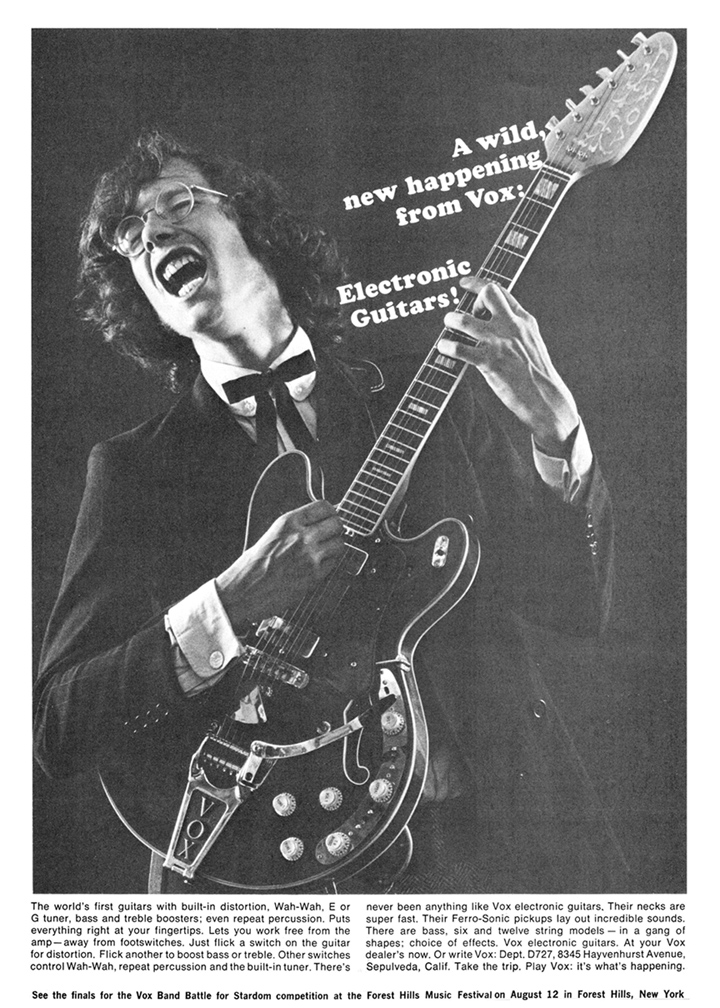 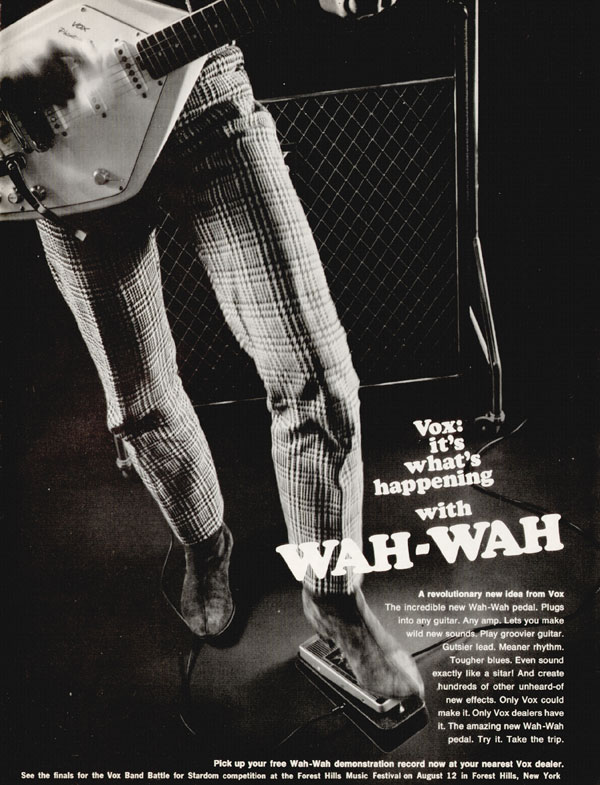 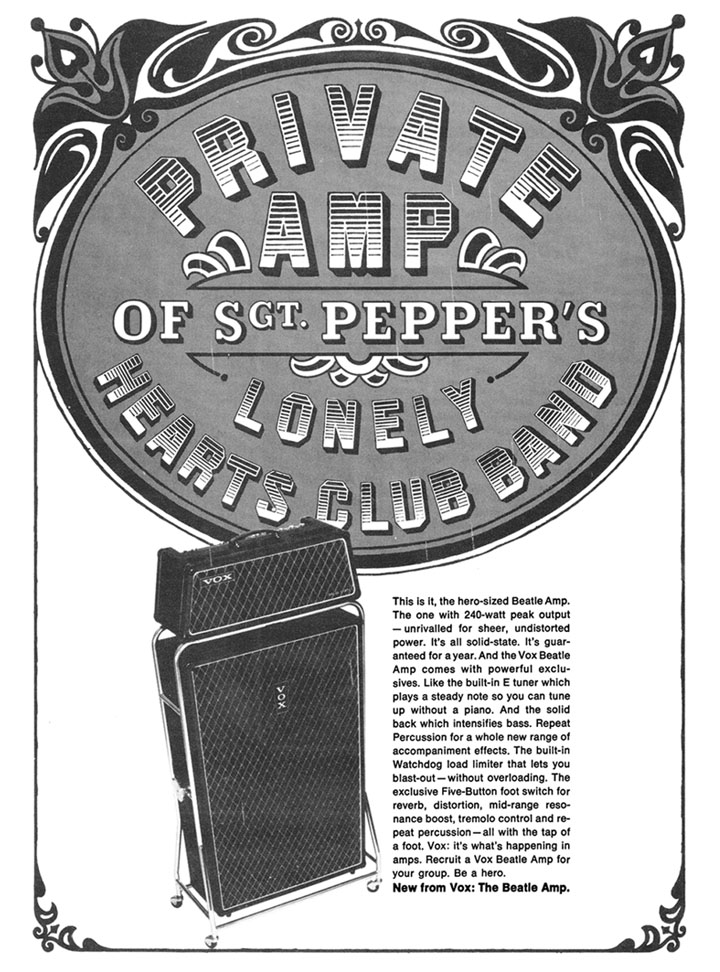 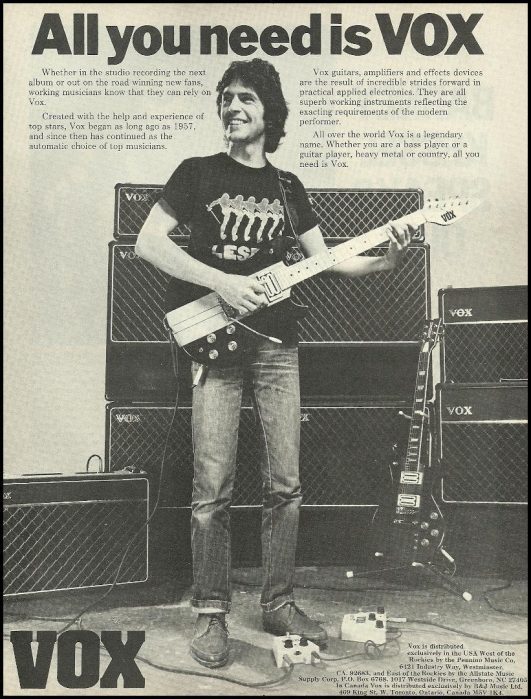 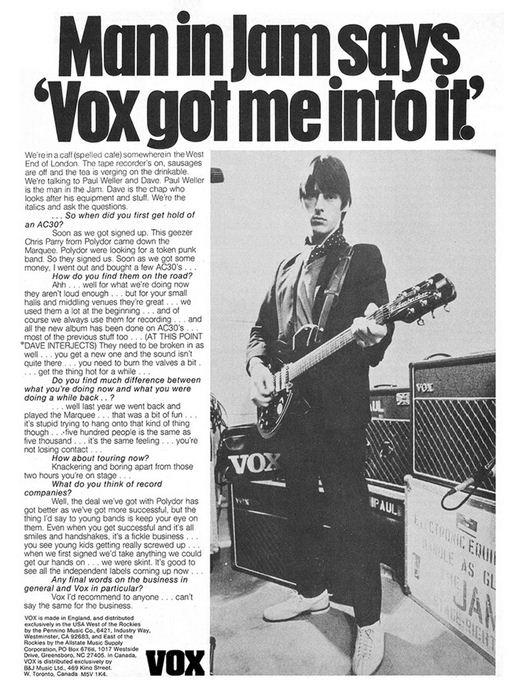