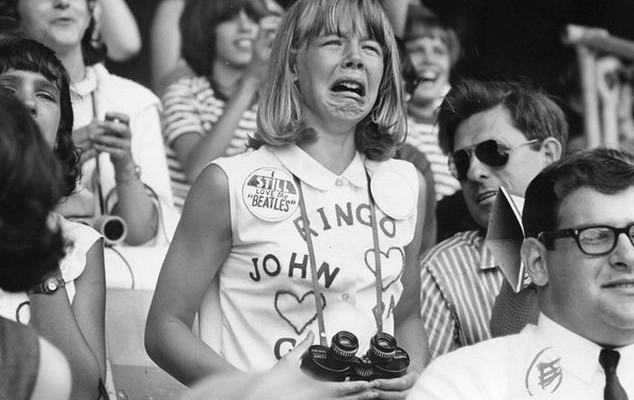 The Beatles Television Tribute From Hell

• 1970s, Music, Television • 7037 Views • Comments Off on The Beatles Television Tribute From Hell

Here at VoEA we tend to steer clear of The Beatles. It’s not because we don’t like them, we just think that over the years the fab four’s work has been well covered inside and out. However when we stumbled across this bizarre and bonkers Beatles tribute from the Rolling Stone magazine TV special in 1977 we thought we’d make an exception.

The television special was made to celebrate the music magazine’s 10th anniversary. This segment of the show was called “A Day in the Decade” and features a medley of Beatles songs, dancing Strawberry plants (No prizes for guessing which song they’re dancing to) Jimmy Carter and Richard Nixon masked singers, a version of Helter Skelter from Hell and dancing girls with giant candles on their heads.

There are a couple of brief moments of sanity amongst the chaos such as Richie Havens singing Here comes the sun, but that’s it – Now get on board for the tragical history tour.