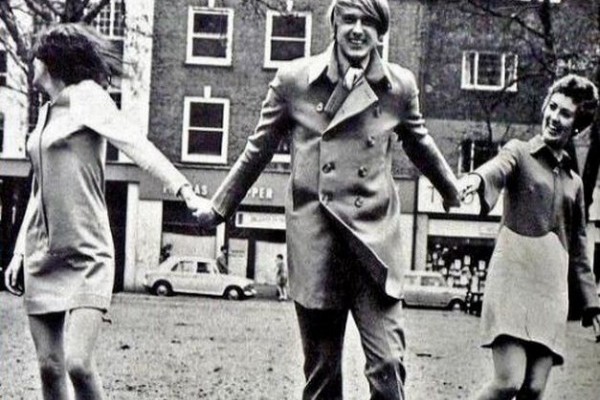 He was young, good-looking, had no shortage of female admirers and came from a wealthy family. He featured in Life magazine and was hyped by both the Daily Mirror and the New York Times. Between 1967 and 1971 he wrote four successful spy novels and fascinated Fleet Street with the blurring of the lines between his characters’ lives and his own. Here we take a look at the brief spell Adam Diment had in the limelight and his subsequent disappearance, seemingly into thin air. 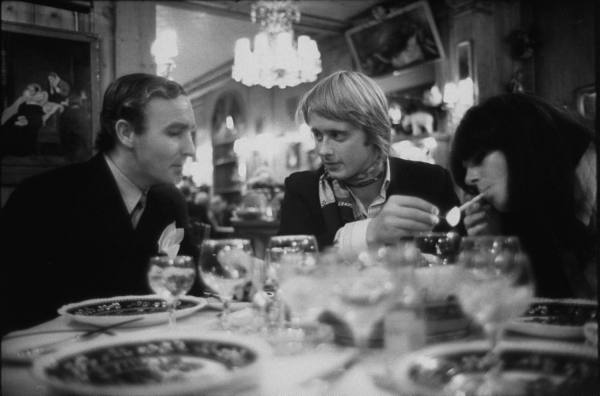 If you want a good idea of what was happening in late-Sixties London, what people were wearing, what they were smoking and how they were talking you could do a lot worse than pick up one of the four novels Diment penned. The central character was a spy by the name of Philip McAlpine, a man about town if ever there was one: A Chelsea swinger (before the word swinger had very different connotations), dressed to the nines in the latest ‘mod’ togs, smoking dope like it was going out of fashion and with a passion for fast cars and beautiful girls he was the counter-culture’s answer to James Bond. The back-story was that McAlpine had been blackmailed by British Intelligence to work for them or risk being exposed as a drug dealer and face the likelihood of a lengthy prison sentence. The four novels; The Dolly, Dolly Spy (1967), The Great Spy Race (March 1968), The Bang, Bang Birds (September 1968) and Think Inc. (1971) were all a roaring success and Diment was seen by many as one of the great writers of the future with talk of making a film of The Dolly, Dolly Spy. 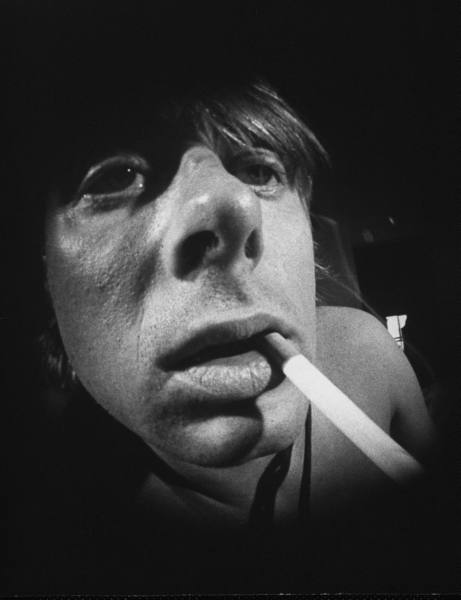 Adam Diment was born in 1943 into a wealthy farming family in Sussex. He was educated privately and ended up working in London dabbling in advertising and publishing. He didn’t settle into either of these fields and in his spare time took up writing; creating his alter-ego Philip McAlpine. In 1967 Diment submitted his first manuscript for The Dolly, Dolly Spy to the agent Desmond Elliott who then sold it on to publisher Michael Joseph. The book was originally titled The Runes of Death and it seems the only change that was made prior to publication was the name. The book was an immediate success and saw Diment catapulted into the limelight. According to New Society magazine the book made around 40,000 pounds in sales and translation rights (the equivalent to 300,000 today) and made Diment a rich young man. He carried on writing but also liked to live up to the image of the hip cat about town being seen with young actresses, smoking copious quantities of dope (which was not as common in 1967 as it is now) and being featured in the little-known 1968 film Popdown (a film about the hip London scene as viewed through the eyes of two aliens who come to Earth). 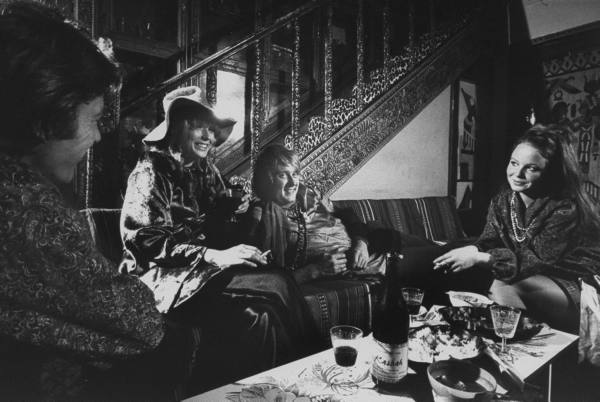 In 1968 it was announced that plans were in place to film The Dolly, Dolly Spy for United Artists with David Hemmings slated to play Philip McAlpine. Hemmings had recently starred in Blow Up and was becoming quite a name in the film industry. Unfortunately the movie never came to anything and nobody quite knows exactly why. Whether McAlpine’s prodigious dope habit made the bigwigs at United Artists uncomfortable we will never know. The same year saw the publication of two more books from Diment – The Great Spy Race in which McAlpine has to get to some secret microfilm before the enemy; and also The Bang Bang Birds, set in New York, McAlpine has to infiltrate the mysterious brothel owning Aviary Organisation (birds, aviaries – can you see what he did there?). Both were well received and sold well. 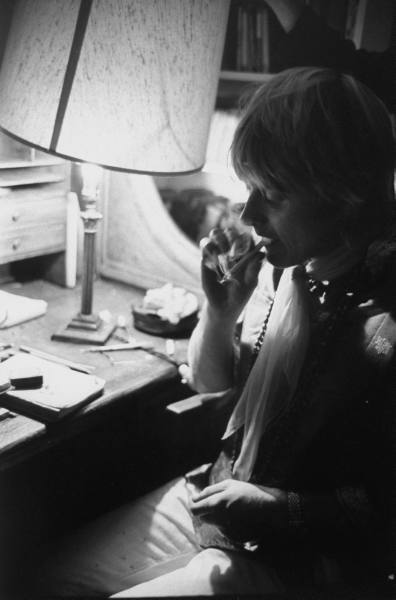 This period in the late 1960s saw a number of serious Cold War thrillers from the likes of Len Deighton, John Le Carre and Frederick Forsyth, Diment’s novels were more a light-hearted, tongue-in-cheek and slightly knowing take on the whole spy thriller genre and this probably goes some way to explaining their success. Perhaps their dope-smoking hero appealed more to the younger generation than the likes of Bond or Harry Palmer.

The following couple of years saw a hiatus from Diment but whilst he wasn’t writing someone was accusing him of a currency swindle involving $2,000. Two anonymous letters were written to the Bank of England’s Exchange Control Department and whilst no arrests were made and no charges bought many people, with a lack of information on Diment, have speculated that this was far more serious than it probably was. 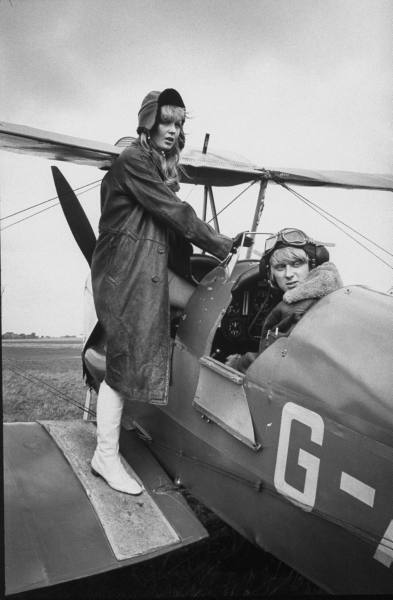 1971 saw the publication of the fourth and final Philip McAlpine book called Think Inc. By now our erstwhile superspy has been sacked and finds out that a number of people want him dead. To stay one step ahead he switches sides and takes a position with an elusive criminal organisation. Following the publication of Think Inc. Adam Diment disappeared. During his two year hiatus covering 1969 and 70 he had spent time in Rome and possibly Zurich with a mysterious and beautiful Cuban girl called Camille who he had also dedicated The Bang Bang Birds to. Following on from this he returned to London, wrote his last book and then nothing much whatsoever was heard from him. In 1975 The Observer had a piece called ‘Whatever Happened to Adam Diment ?’ and over the years his low profile and reticence to speak to the press have only fuelled the rumour and innuendo. From what we can gather he settled down in Kent, started a family and is carrying on the farming tradition. 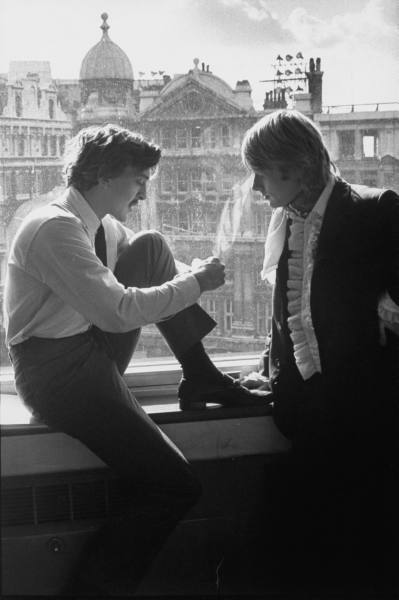 Diment’s disappearance from the limelight is perhaps all the more unusual because he was seen by some as the logical successor to Ian Fleming. In 1968 literary critic Richard Boston wrote: “The short step from Bulldog Drummond to Ian Fleming’s James Bond consisted of giving the hero a sex life. Adam Diment – who, with three books published at the age of 24, looks set fair as Fleming’s successor – has once more brought the hero up-to-date by making him less snobbish and more promiscuous than Bond. Furthermore, he smokes pot (Sherlock Holmes took cocaine)”. 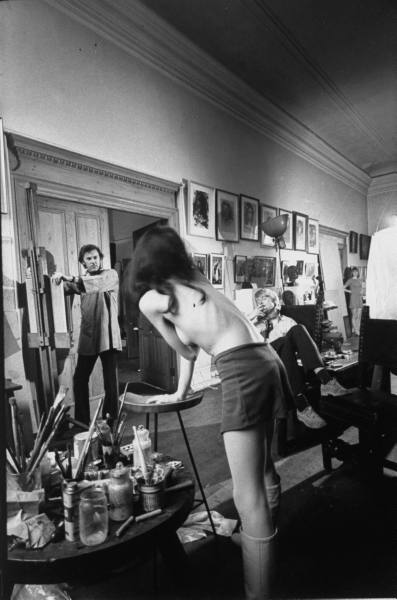 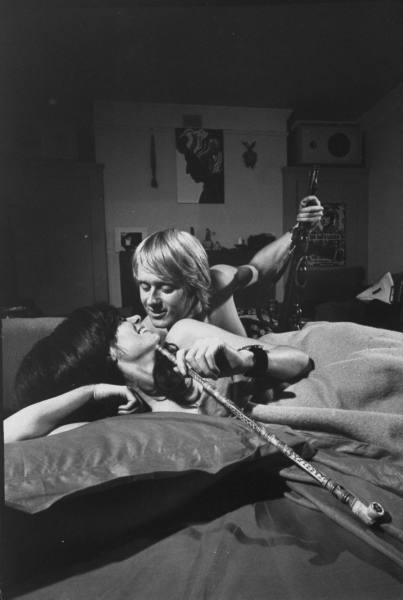 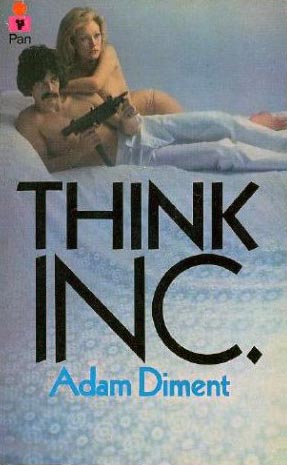 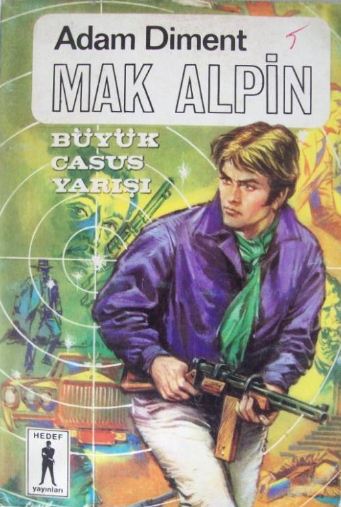