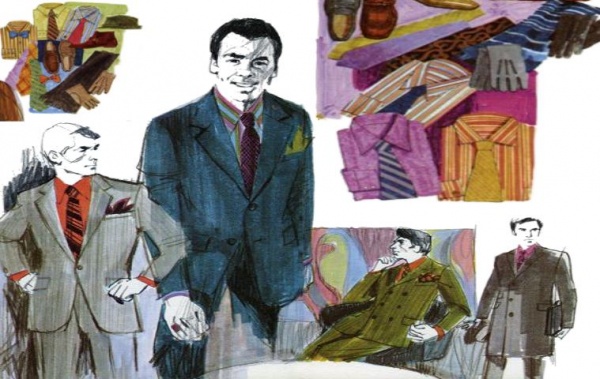 The Mark of Fashion – 1970 Sears Catalogue

Once the largest retailer in the US, Sears or to give them their full name – Sears Roebuck and Co. is also one of the oldest having started trading in 1886. The Sears catalogue, first produced way back in 1888, has always been a staple of their business and was introduced so farmers knew exactly what prices they would be paying for tools and hardware when they came into town to sell their crops. Prior to the catalogue shops tended to have a flexible pricing policy which meant when all the farmers came into town prices would increase to match demand.

Sears evolved into a large department store stocking a wide variety of goods and can be compared with John Lewis or House of Fraser in the UK although considerably bigger. In the 1950s the company grew to become the biggest single retailer in the USA but Sears has struggled of late, many argue they have not moved with the times, and have not posted a profit for the past 10 years. They are still a sizeable outfit though with some 926 stores in the US and 301 in Canada.

Here we cast our eyes back to 1970 and take a stroll through the Sears menswear catalogue pages when Sixties slim-line fashion was gradually expanding and getting progressively wider. This is just before the excesses of 70s flares and super-wide lapels and shows the transition in its early stages. It is also what the average American man was offered at his local department store over 40 years ago.