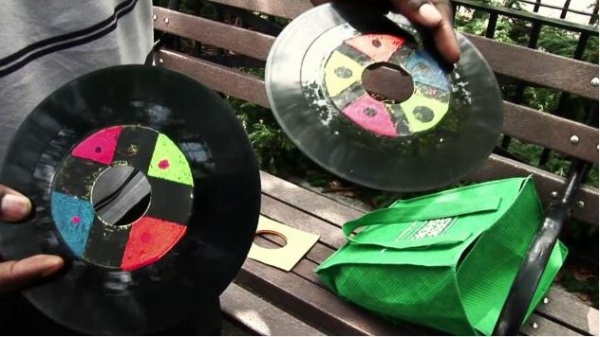 8 Million stories are a series of short films featuring people from New york city. In this second episode Hip-Hop pioneer DJ Rockin Rob discusses Block parties in 1978 and the art of the old Northern Soul DJ trick – The cover-up.

Here in Episode 2, DJ Rockin’ Rob takes us to his old stomping grounds in the South Bronx. Rob and his Mean Machine Crew made a name for themselves by throwing jams. Clark Park, conveniently located on the corner of 143rd Street and 3rd Avenue, across from Rob’s family’s apartment, was the outdoor venue of choice. These street parties were often thrown without any permission from the city authorities, DJ’s had to steal electricity from lampposts and traffic lights to power their equipment. As you will see, many went to great lengths to keep the titles of their most prized records a secret. Rockin’ Rob is from the old school and here he tells his story.
Rob is still very much active and his son, DJ Flawless, has picked up the turntable trade as well. DJ Rockin’ Rob can be seen at Tools of War parkjams every summer in New York City

The Mean Machine Crew mentioned herein is not to be confused with the group of the same name that released the ”Disco Dream” 12” on Sugar Hill Records in the early 80’s. Rockin’ Rob addresses the issue in this piece.