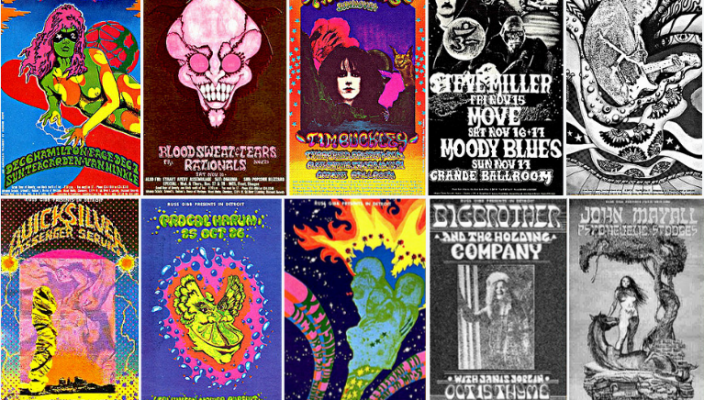 Michigan graphic artist Gary Grimshaw and illustrator Carl Lundgren were the designers responsible for these colourful postcards that promoted concerts at the Detroit Grande Ballroom during the sixties.

Their kaleidoscopic designs were not just for the psychedelic and hippy style bands that played at the venue. Blues men BB King and Howlin Wolf, Soul Band The Chambers Brothers and Rock and Roller Chuck Berry all received their psychedelic treatment on their handbills.

In 1966 High school teacher and local DJ Russ Gibb acquired the Detroit ballroom. The DJ was inspired when he attended a concert at the Fillmore in San Francisco – which was promoted by Impresario Extraordinaire – Bill Graham .

Russ decided to create a similar venue for the teenagers of Detroit, he managed to book a lot of the top bands and artists of the time, plus local acts The MC5, and The Stooges all appeared regularly as support acts. The ballroom also staged a few Jazz concerts for more experimental acts such as Sun Ra and John Coltrane. Since the venue closed in 1972 it has rarely been used and to this day it remains derelict. 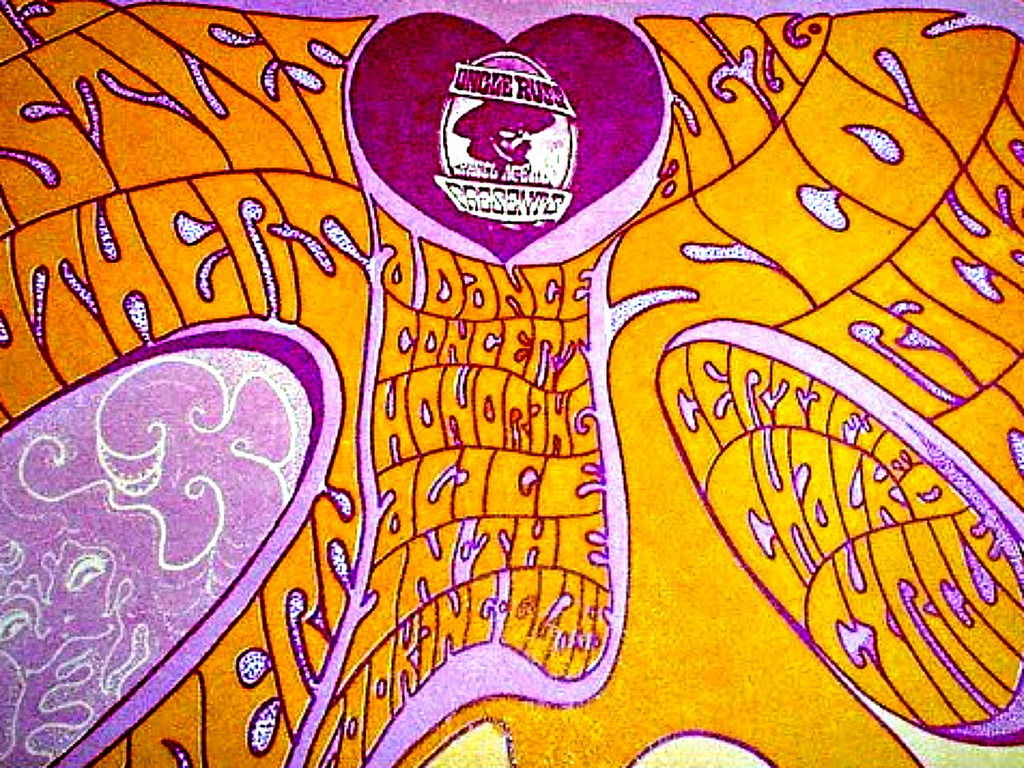 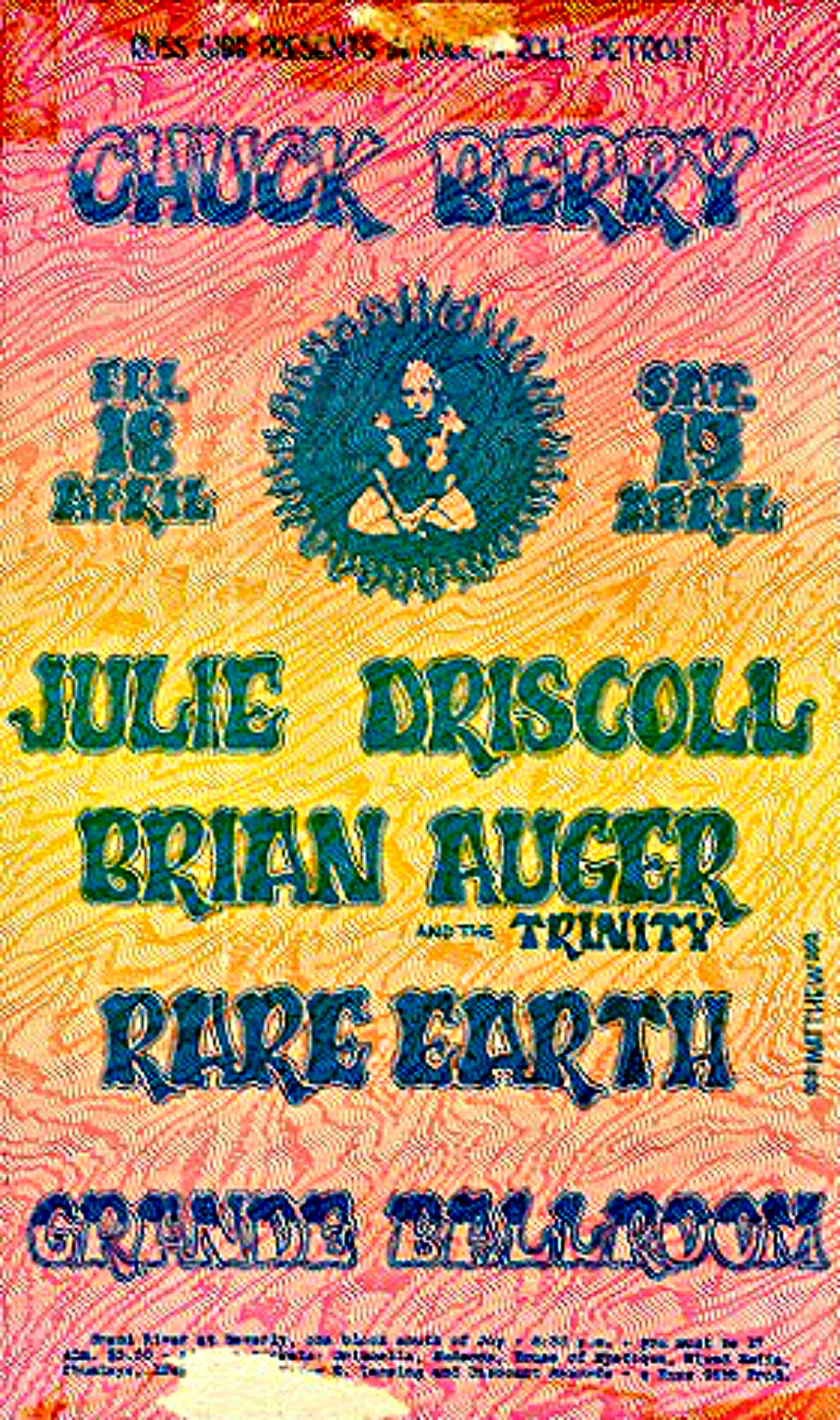 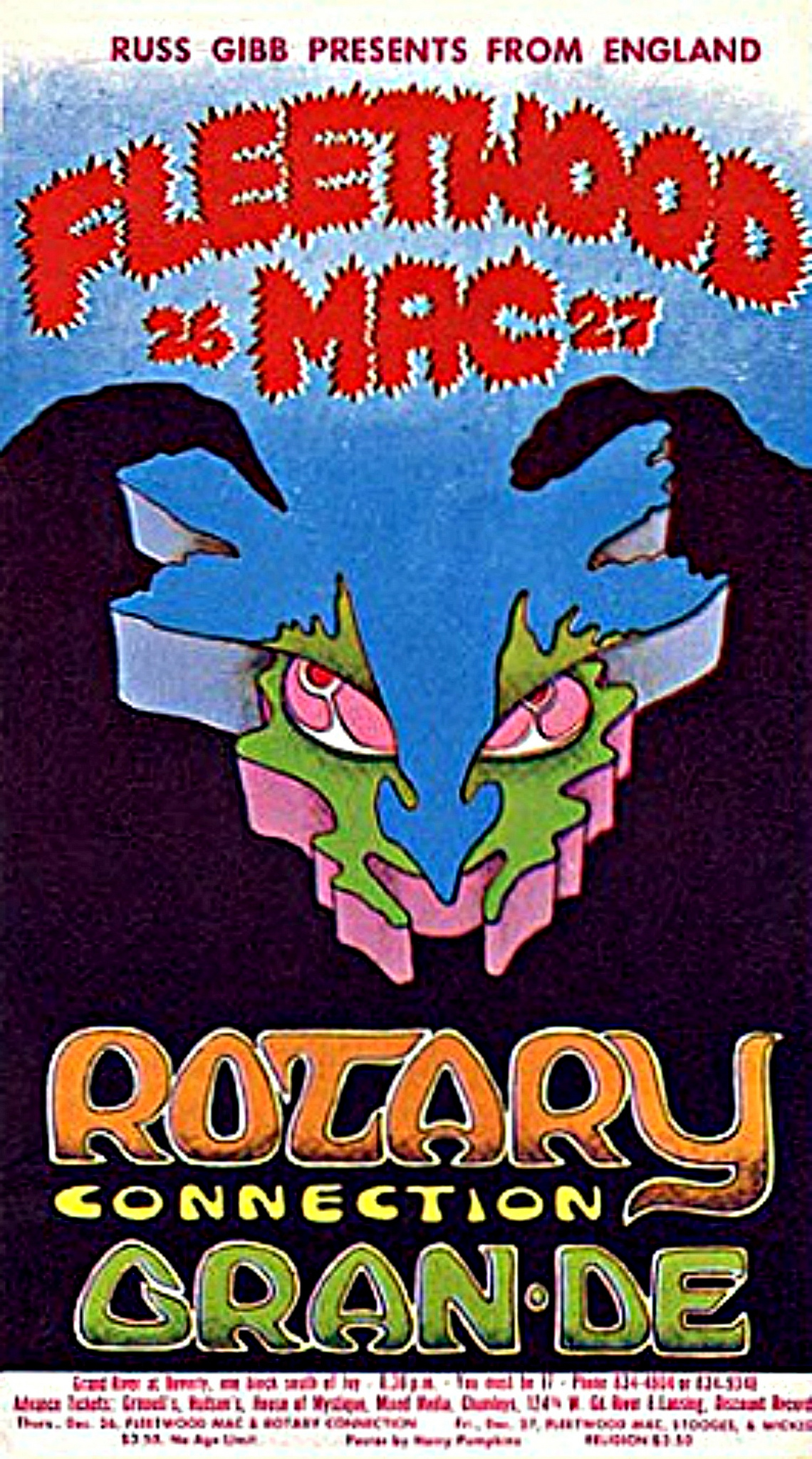 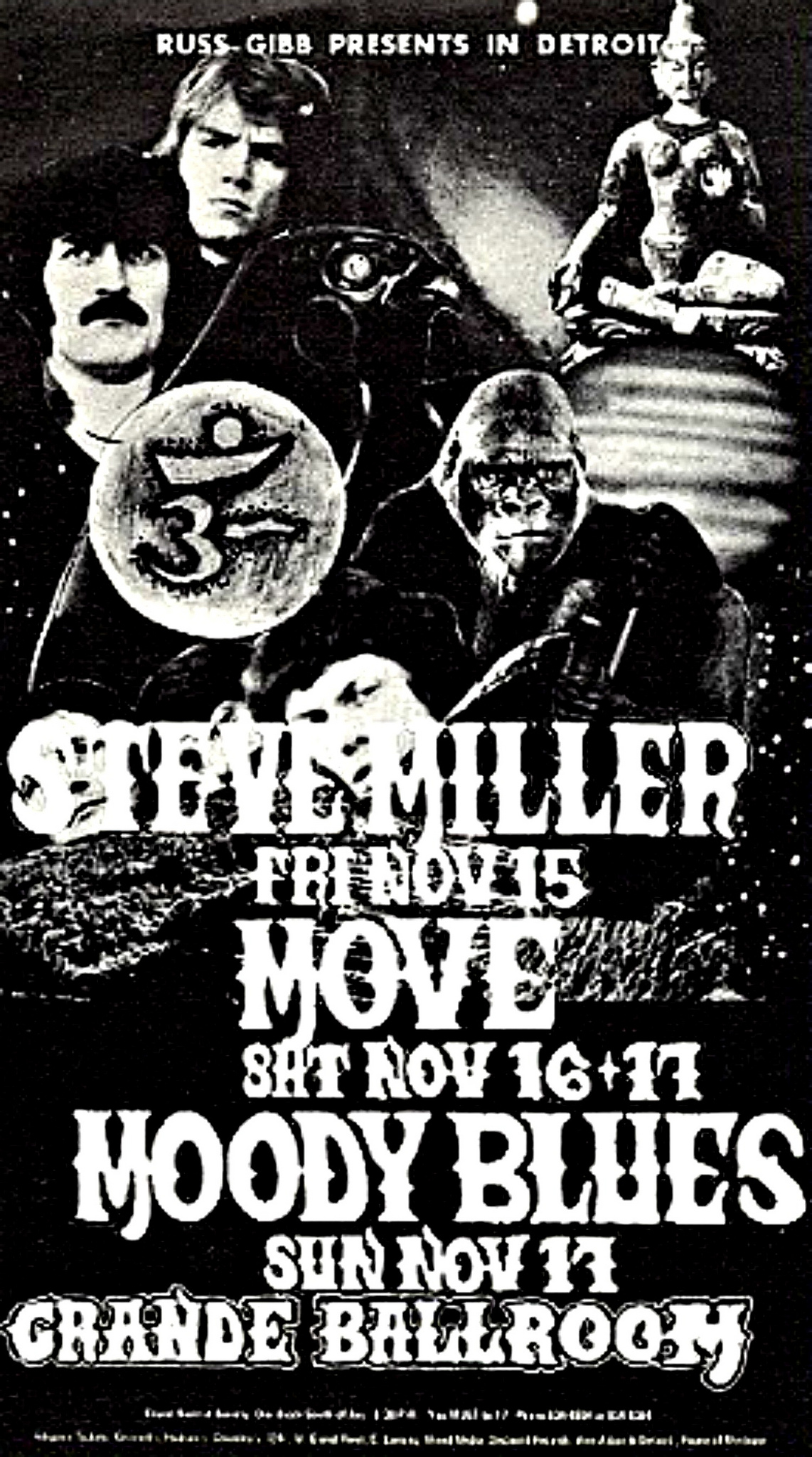 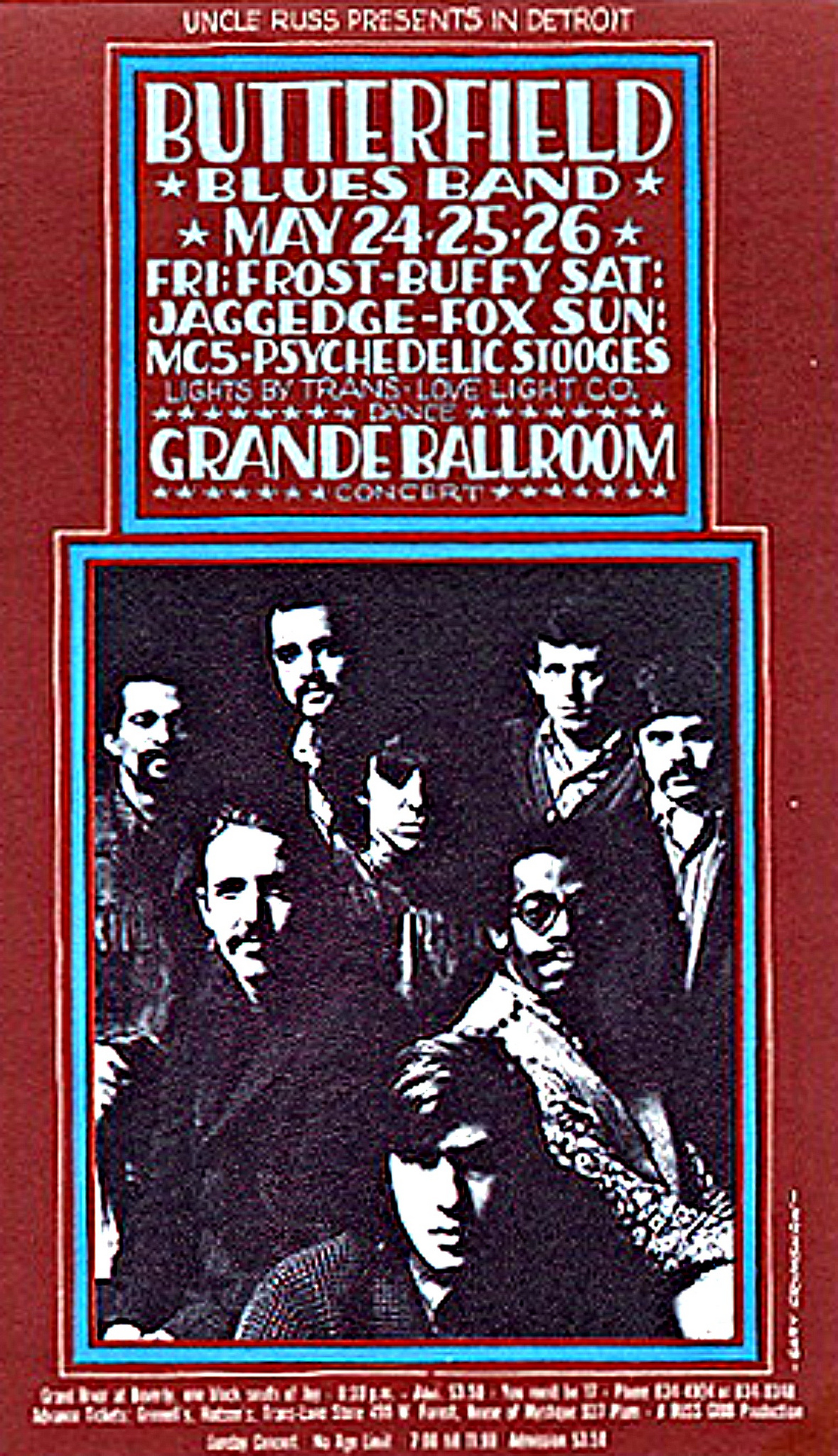 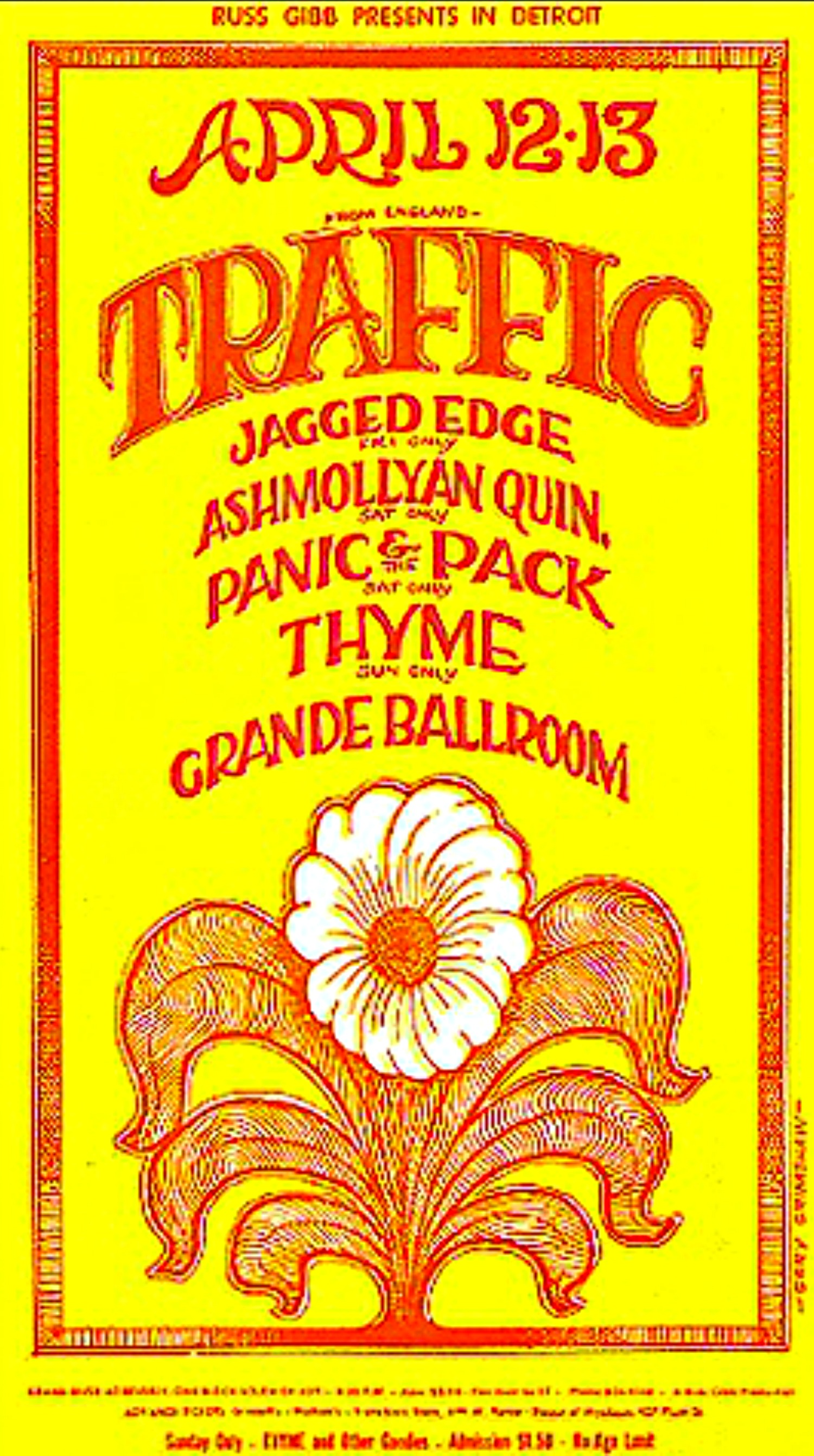 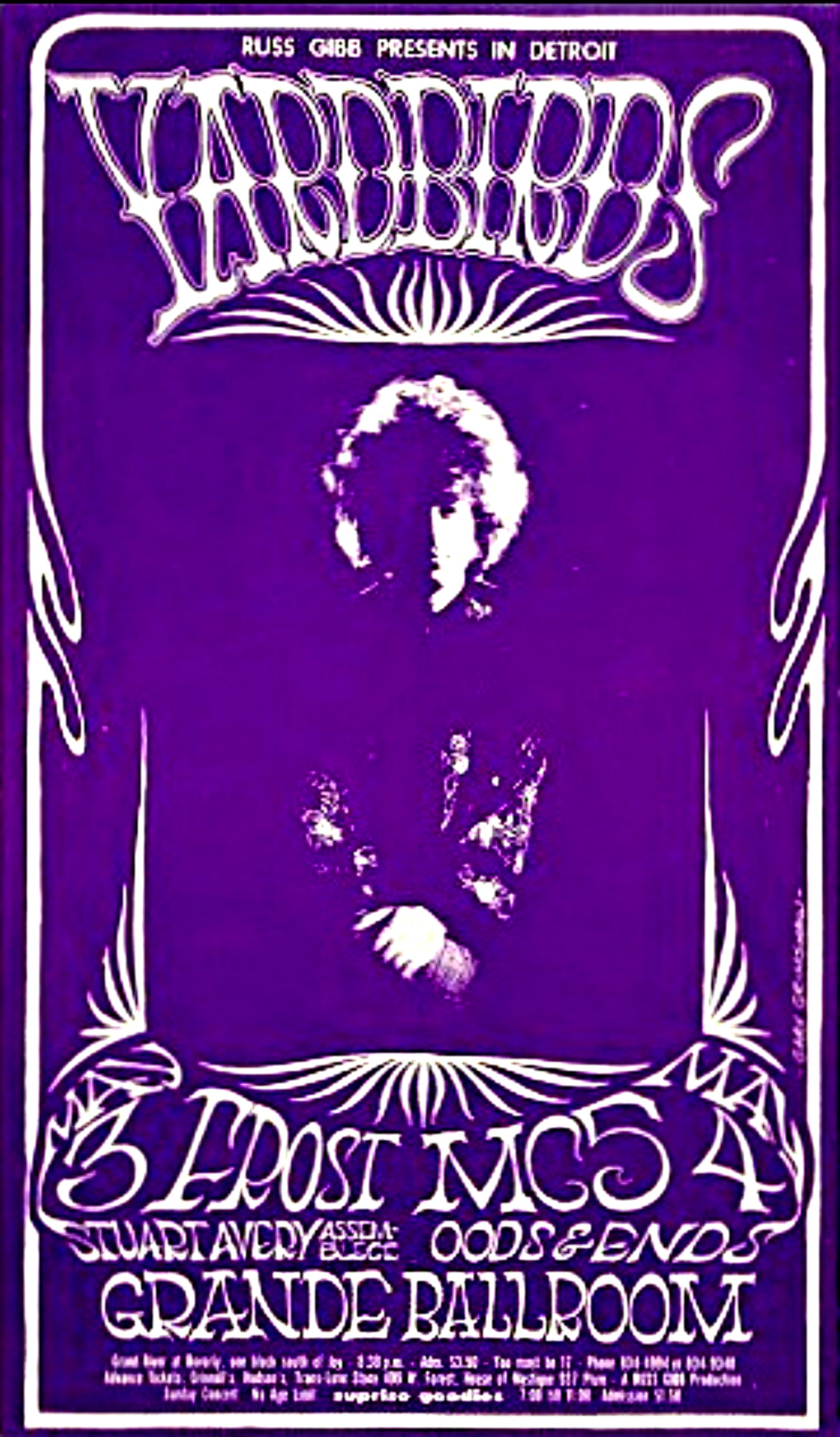 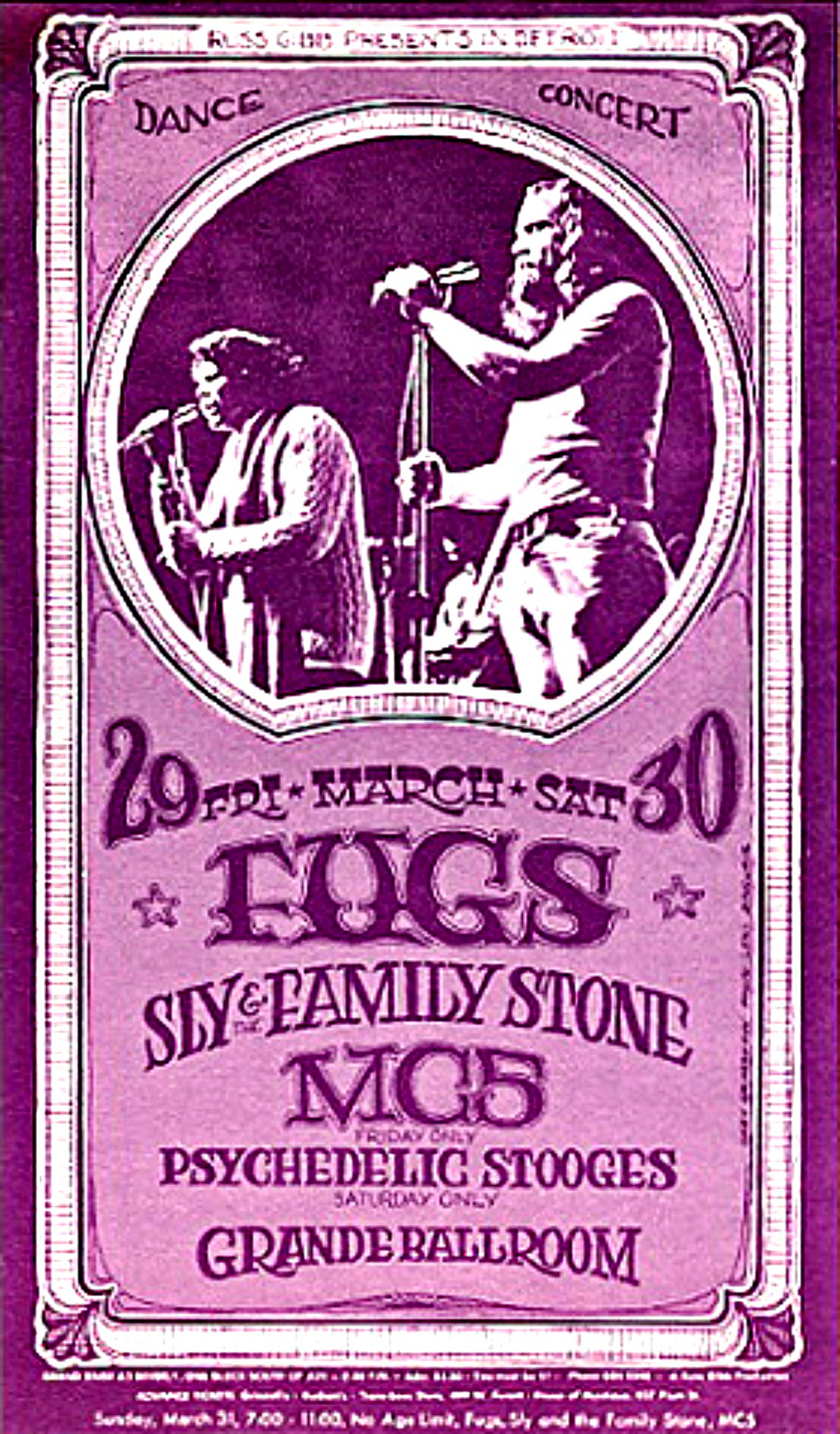 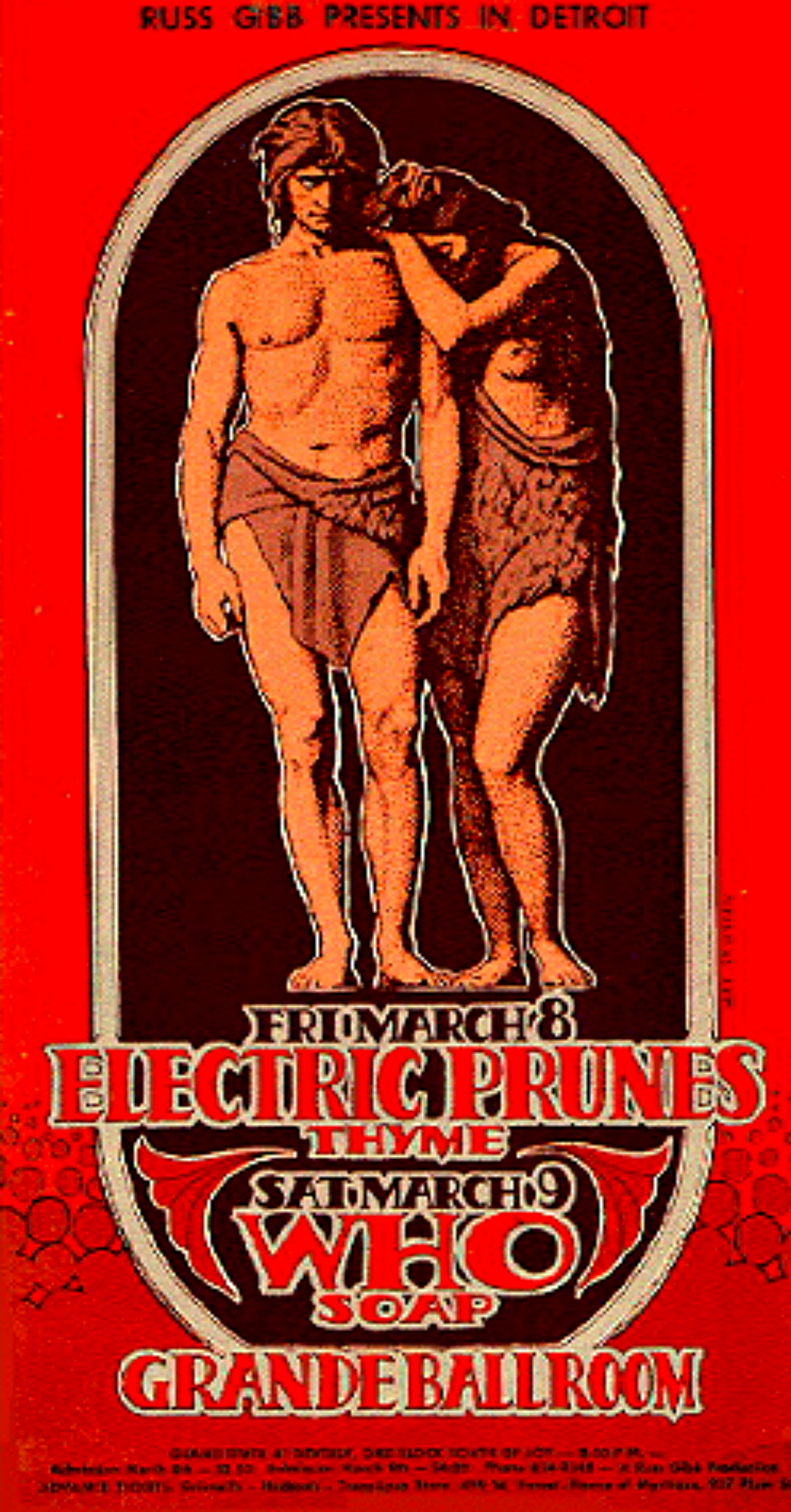 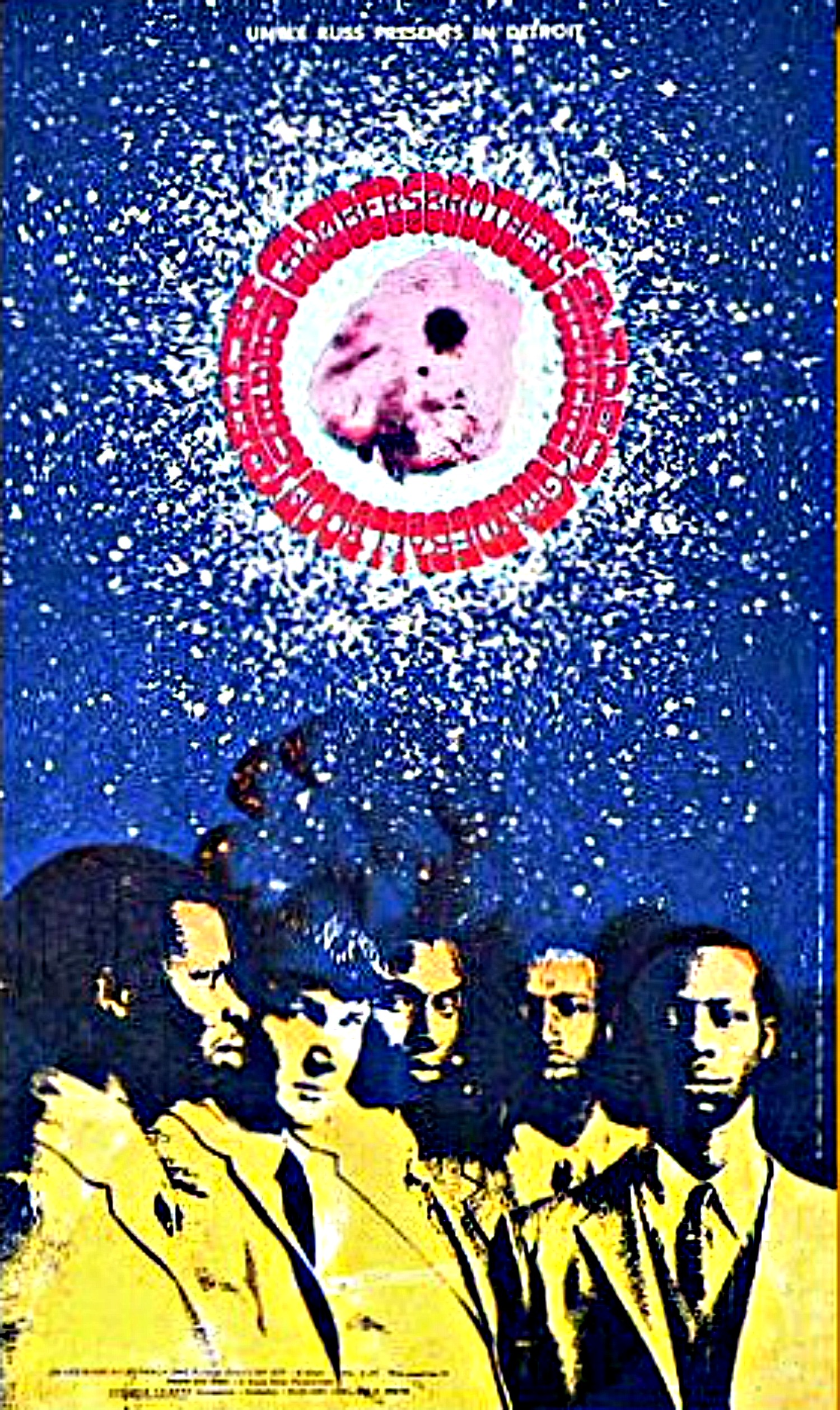 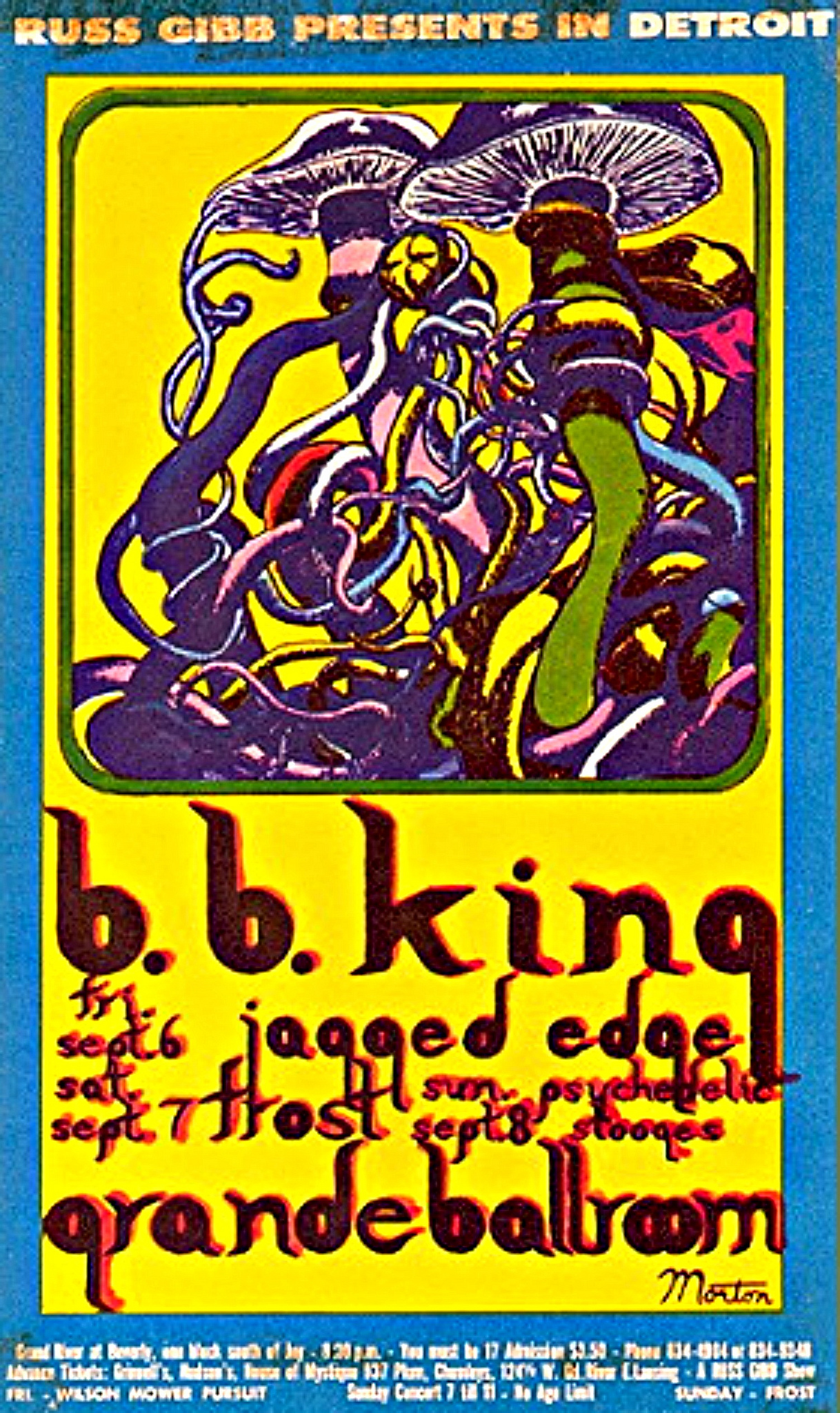 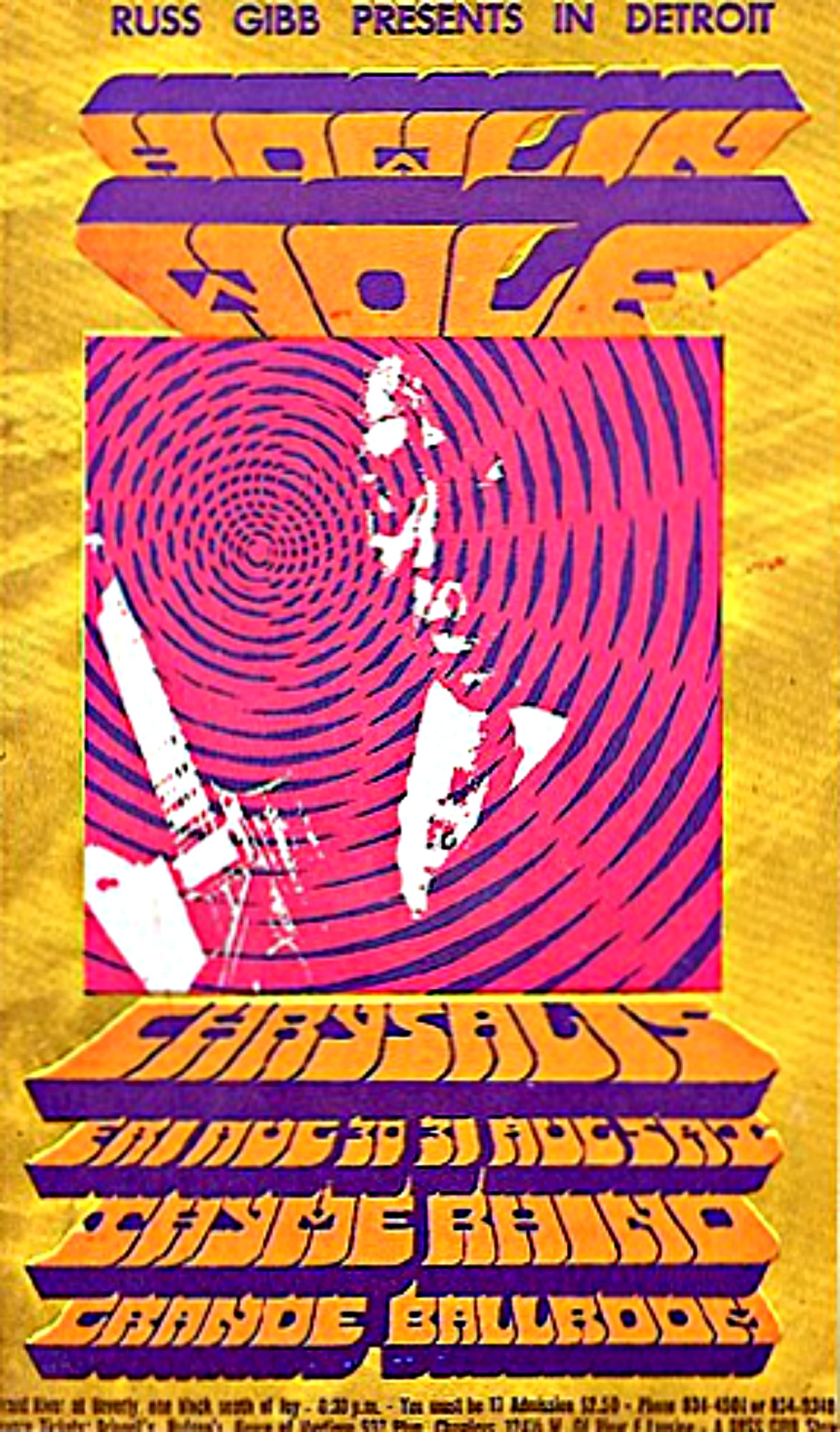 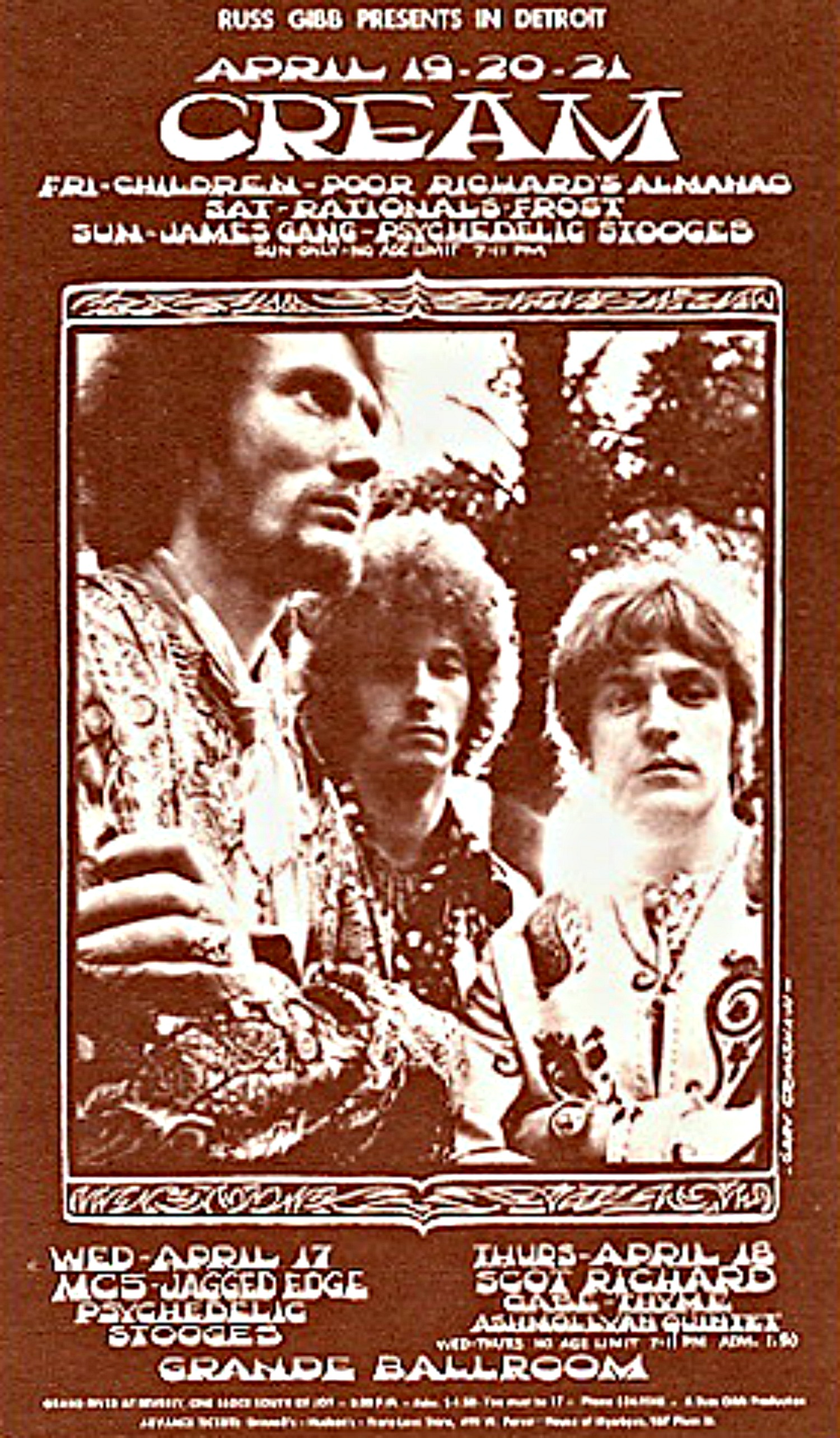 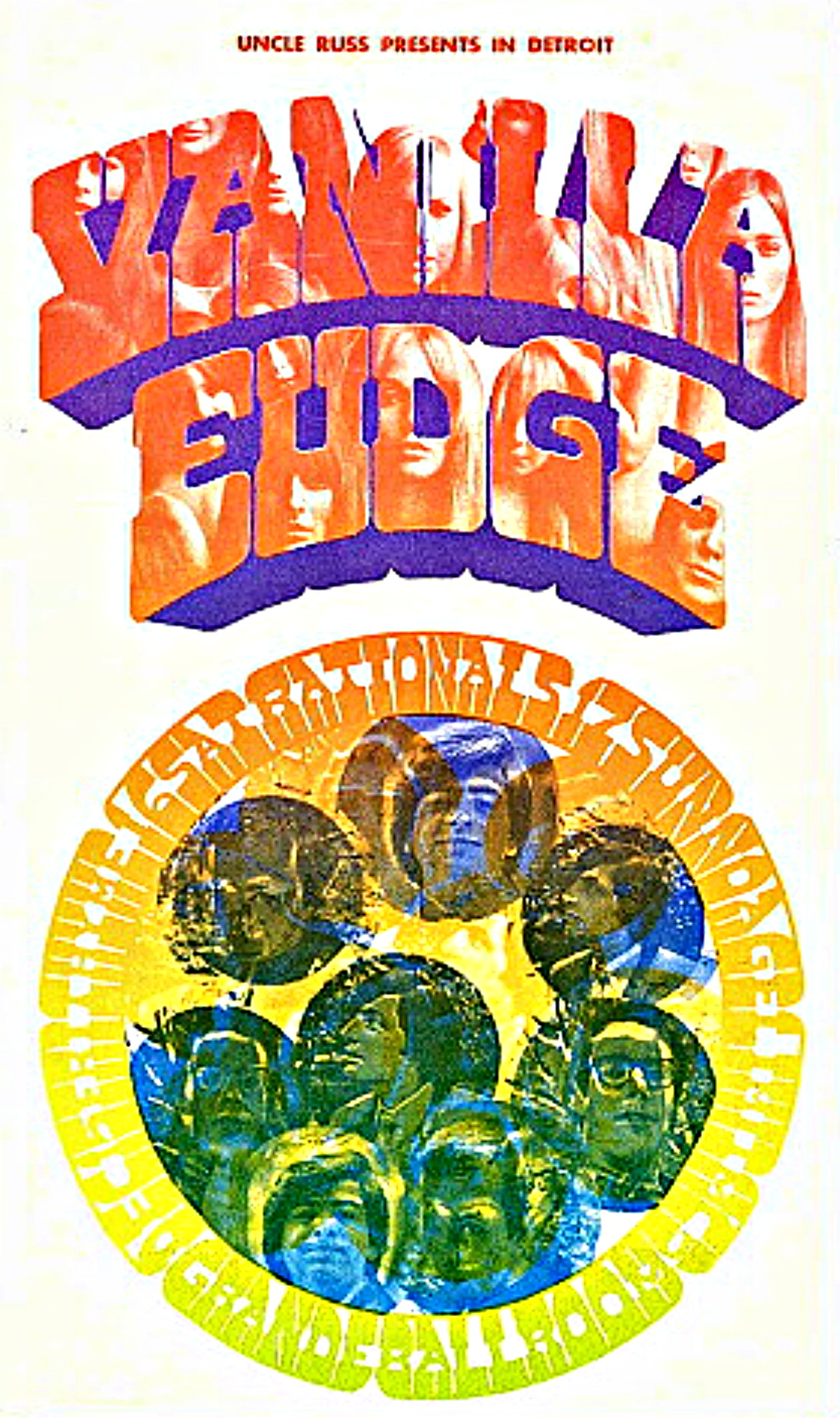 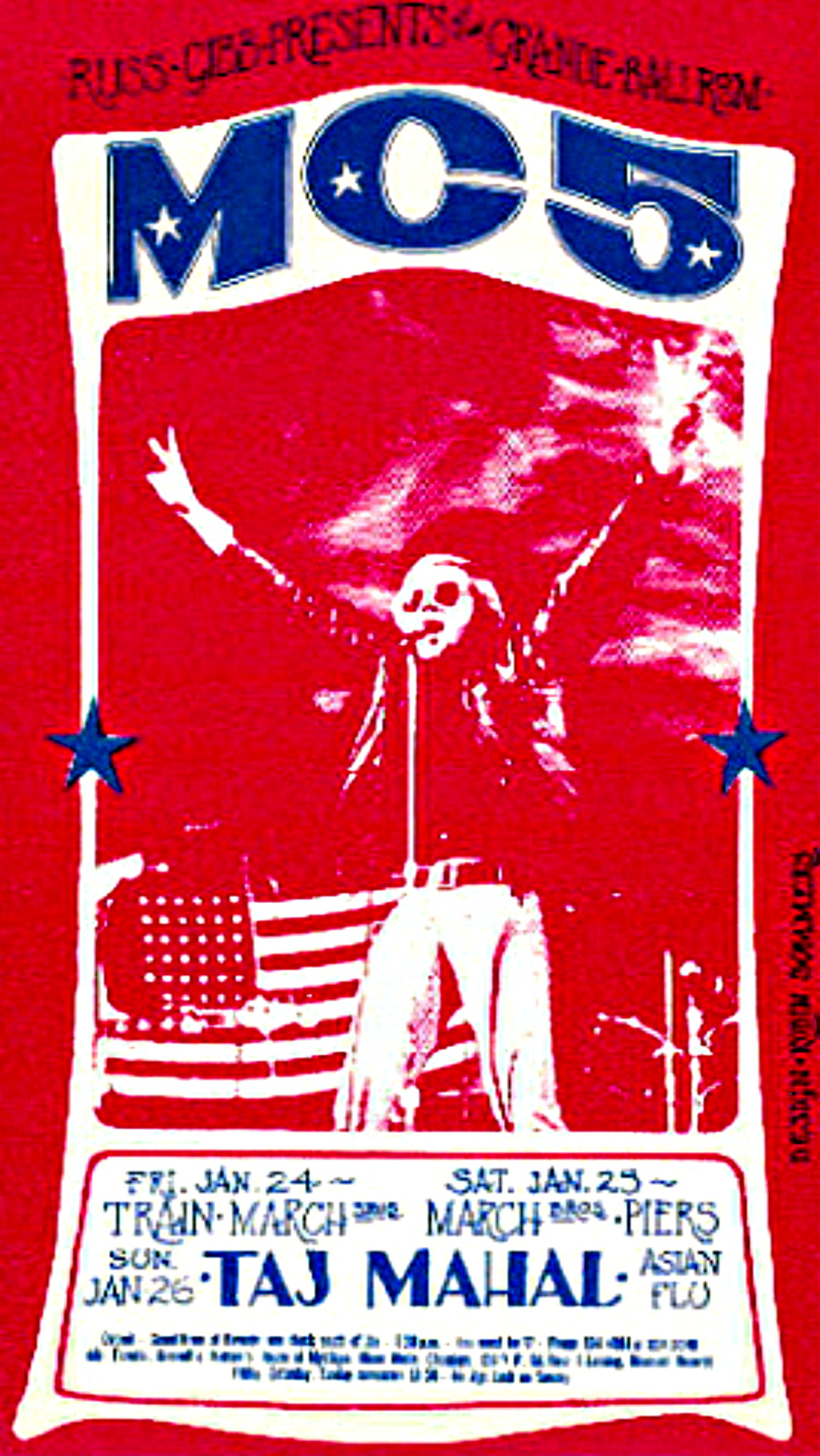 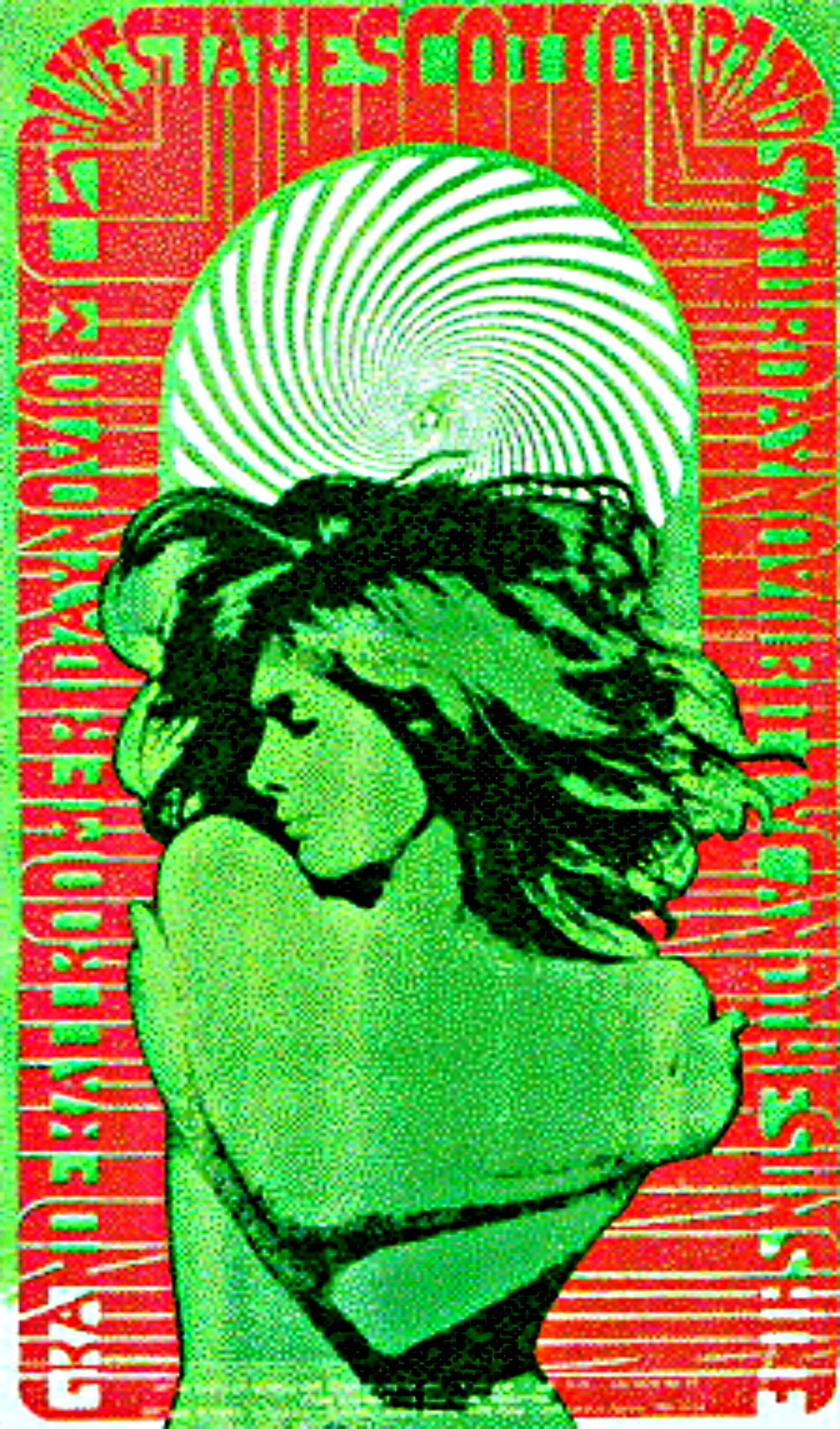 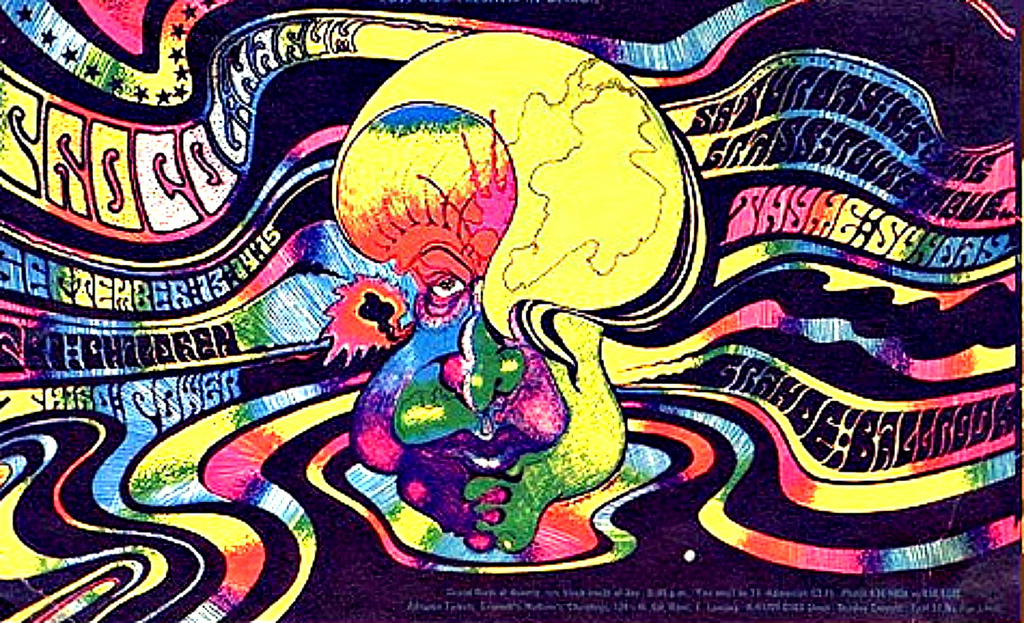 « On Campus in Seventies California The Television Will Be Advertised »