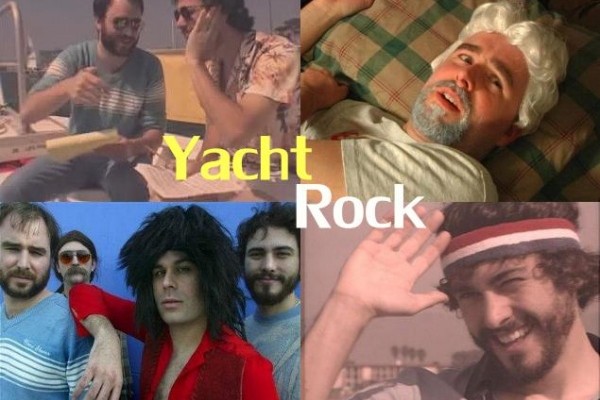 You may have heard of the Yacht Rock phenomenon by now, but if you haven’t, let us introduce you….

Devised by a bunch of Californian friends, who previously worked on the ‘Channel 101’ cult episodes, the 12 episodes you can watch via Youtube are based around the smooth/Yacht Rock music scene of, roughly ’76 – ’84 with a few exceptions… Each of the 12 episodes tells the story of how a song from that scene came about, and, yes, it is a comedy. There is a genuine love of some of those bands and songs however, which is quite refreshing, and some of the tunes are classic. Featuring the likes of Kenny Loggins, Jimmy Messina, Michael McDonald, Steely Dan, The Doobie Brothers, Christopher Cross, Toto and loads more, it really is a shambolic, funny thing to behold. R.I.P Koko.