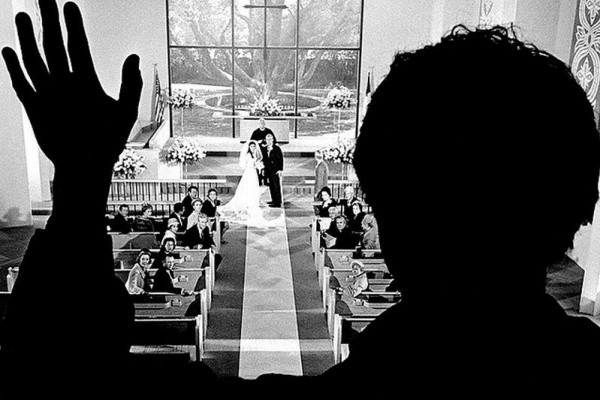 The Church in The Graduate

We’re going to do a bit of Pop-culture tourism and take you on a trip to the church featured in the iconic ending of The 1967 film – The Graduate. in one of the most famous scenes in film history, a young Benjamin (Dustin Hoffman) pounds the windows of The United Methodist Church in La Verne, California before boarding the bus.

This video is from the lovely people at the Pop Pilgrim website. The makers are guided around the church by the current Pastor (and surprised by a churchgoer who was actually there back in 1967 when the movie was shot).

The Graduate Trivia
In the film Mrs. Robinson is supposed to be a lot older than Benjamin, But in reality Anne Bancroft and Dustin Hoffman are just under six years apart in age. At the time he looked naturally boyish, and Anne was made up to look much older.