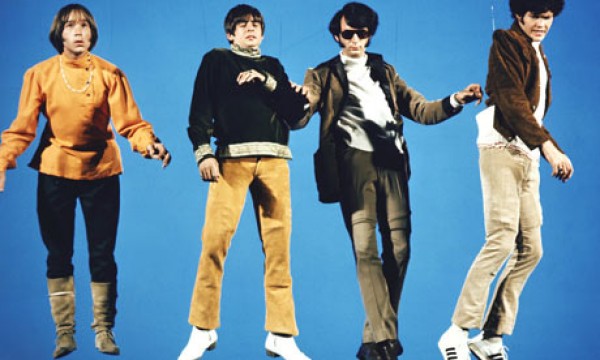 Check your Head – The Monkees Film

It was written by Jack Nicholson whilst tripping on acid.  It recouped just $16,000 of its $790,000 budget.It featured guest appearances from Peter Fonda, Jack Nicholson, Sonny Liston, Frank Zappa and Dennis Hopper.It’s been sampled by DJ Shadow and St Etienne.Yes, it’s the film that destroyed the Monkees and was so called firstly as a drug reference but secondly so the production company who were simultaneously filming Easy Rider could sell it with the strapline ‘From the guys who gave you Head’. Unfortunately as the film bombed this was scuppered from day one.

Hopes that the film would transcend the Monkees’ name soon floundered as it was ignored by the hipsters and intelligentsia who rather sniffily looked down on the band as pre-fabricated popsters and as a double-whammy the group’s main teen fanbase were unable to get in to see the film due to age restrictions at cinemas.

Some argue the film was a deliberate attempt by the Monkees’ managers Bob Rafelson and Bert Scheider (Raybert Productions) to destroy the band whilst they were at their peak whilst others suggest they were simply honing their film making skills which would be rewarded with the later successes of Easy Rider and Five Easy Pieces. Here at VOEA we see it as being ‘of its time’ and can be categorised alongside the Beatles’ Magical Mystery Tour as examples of what not to make whilst ingesting large quantities of mind-altering recreational drugs.

Despite all this though it is still worth checking out and thought by many to be one of the weirdest and best rock movies ever made. At 43 years old it’s no spring chicken but still immense fun if a little odd. 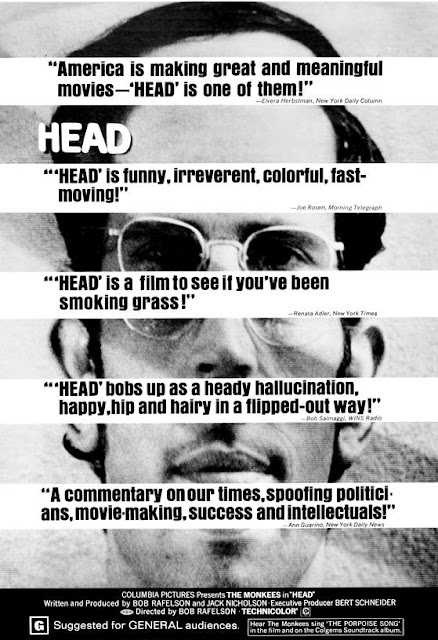