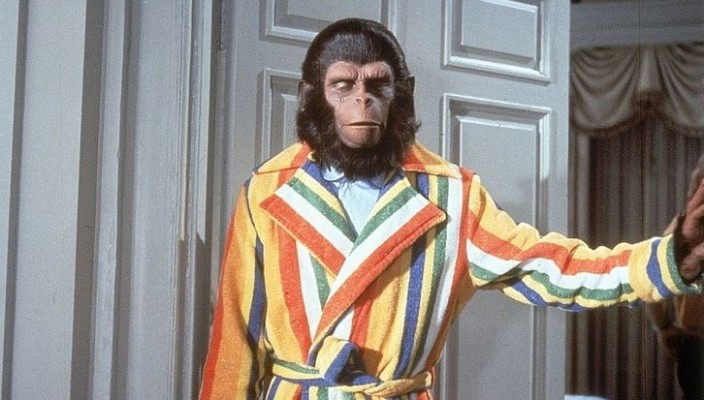 Roddy McDowall was often known as one of the nicest men in Hollywood. When asked about the actor’s popularity, fellow film star Ruth Gordon said “He has more friends than anyone I know” If you’ve seen any of Roddy’s Home Movies from the mid-sixties, you would of seen the numerous Hollywood guests from Natalie Wood to Dennis Hopper.

On March 16th 1974, Roddy McDowall put on his Planet of the Apes make-up to appear on The Carol Burnett Show. Although Roddy was famous for playing the ape Cornelius in the films, this show was broadcast when The Planet of the Apes television series started and his new ape name was Galen.

So sit back and enjoy seven minutes of footage featuring that God damn nice ape.