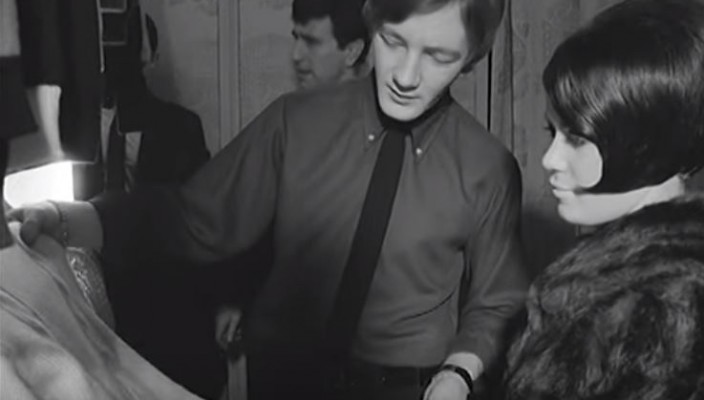 It’s 1966, it’s Oxford Street in the heart of swinging London, it’s a bit nippy outside by the looks of it and a new concept has hit the streets – or more accurately hit the basements beneath the streets but you know what we mean. It’s the revolutionary new Pop & Shop. Here’s the idea in a nutshell – you go to a gig, in this case The Animals on stage, and you can also buy some clothes and records at the same time if you’re not that fussed about watching the band.

To be honest we’re not quite sure how successful the Pop & Shop concept was. If we’d paid to see a gig and ended up just mooching around some shops I guess we’d be a bit disappointed by judging by the enthusiastic crowd queuing up to watch Newcastle’s finest perhaps we’ve got the wrong end of the stick.

Anyway, check out a bit of pop history and as the man himself says – go below for modern shops and top pops.