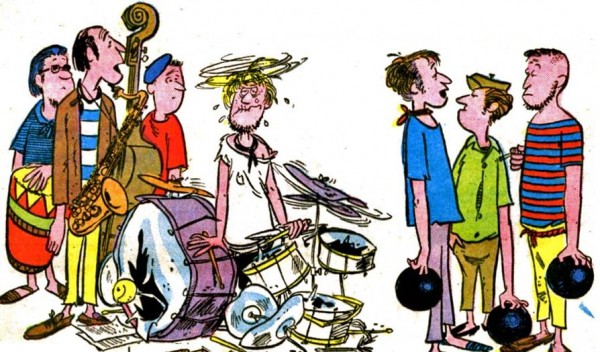 From 1950 through to ’68 an imprint of DC Comics (National Periodical Publications in case you were wondering) published ‘The Adventures of Bob Hope’. A comic book equivalent to the assorted shows that Bob Hope was involved in during the period. It ran for 109 editions on a bi-monthly basis and despite success throughout the Fifties it started to feel the effect of the changing culture in the subsequent decade and limped on until it was finally cancelled in March 1968.

Alongside a number of stories detailing the misadventures of Mr Hope was a cartoon strip taking a sideways glance at the prevailing fashion trend of early 1960s America – our old friends the Beatniks.

Beat Nick was created by Mort Drucker a noted US caricaturist who contributed to Mad magazine for over five decades (we’ll take a look at his work in a future post) and considering Beat Nick is around 50 years old the cartoons stand the test of time and could almost be applied to the modern day ‘Hipsters’. Quite what that proves we don’t know but the saying ‘what goes around comes around’ does seem strangely relevant. 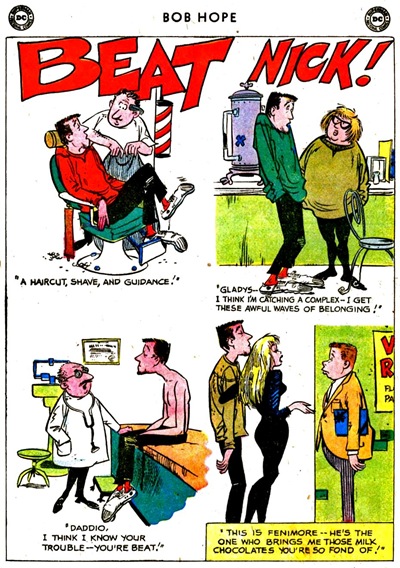 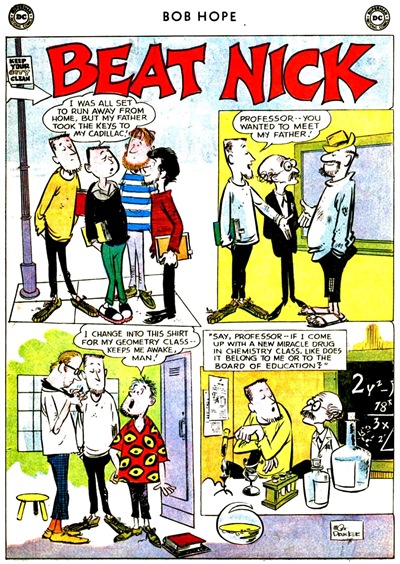 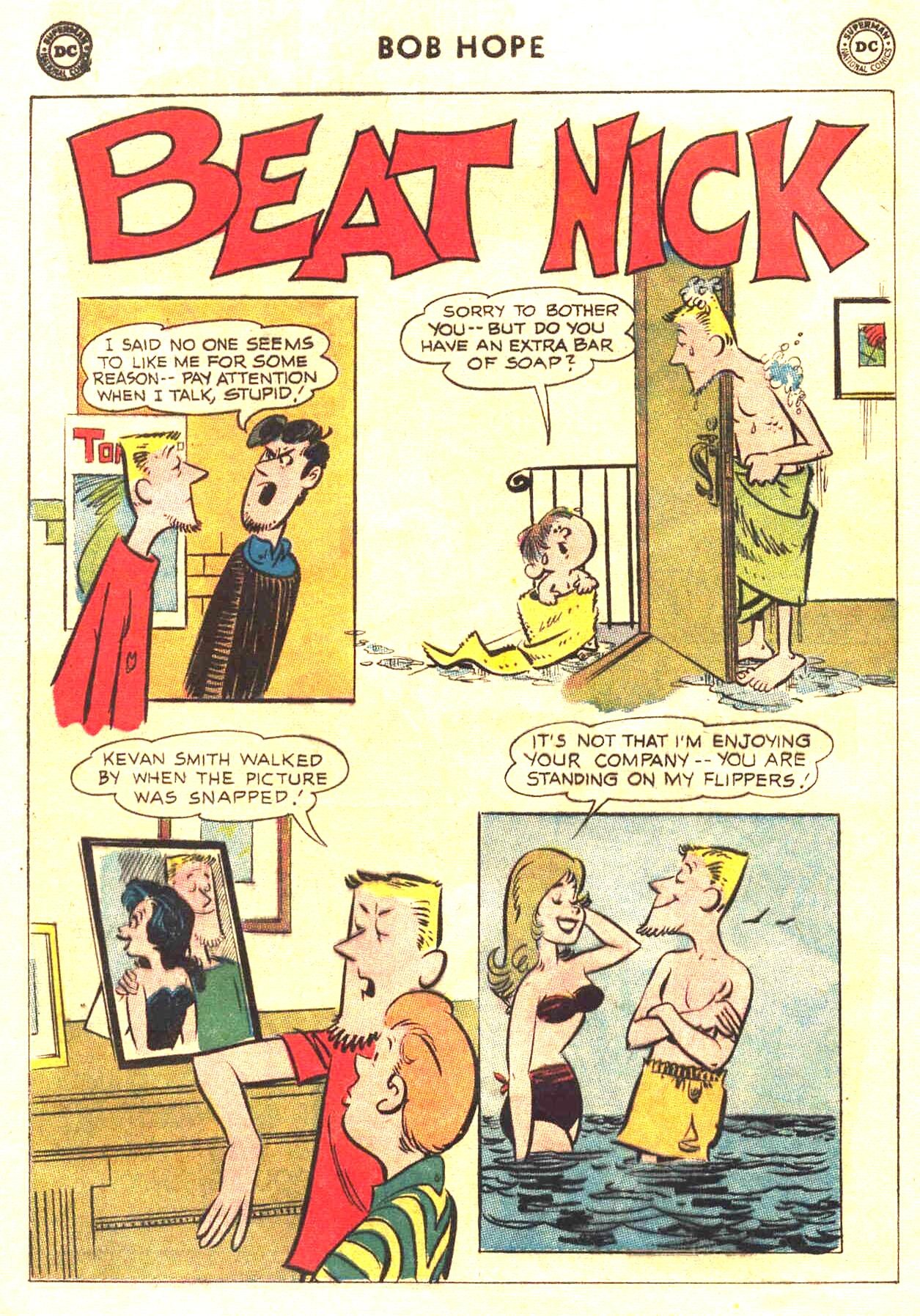 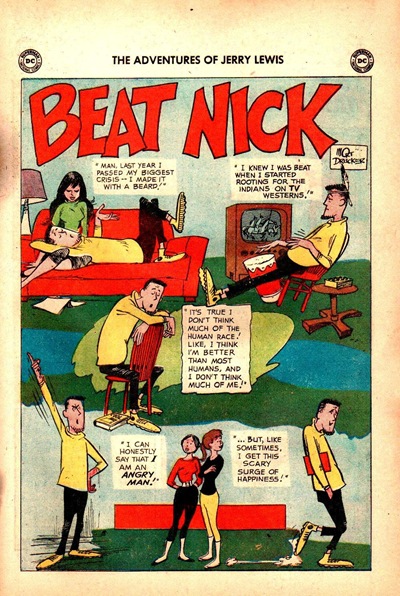 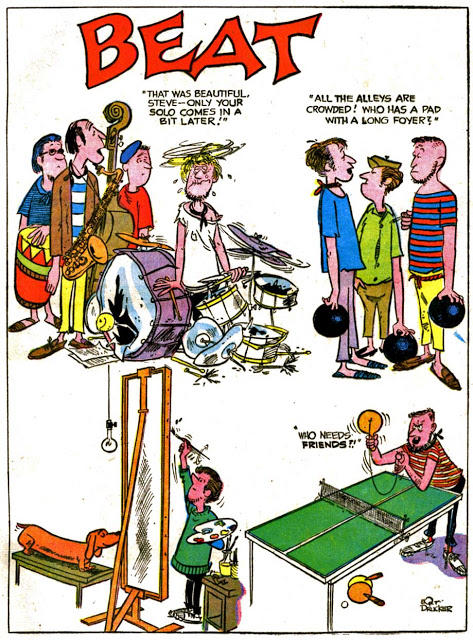 Flower Powered - The Mod Top Car
Working for the Cash Machine
Sixties Polish Film Poster Art
London Calling - The Sound of Big Ben
Sixties and Seventies Which? Magazines
The First Book of Jazz
Welcome to Slacksville - 1960s Menswear Adverts
Power To The People - Protests From The Past