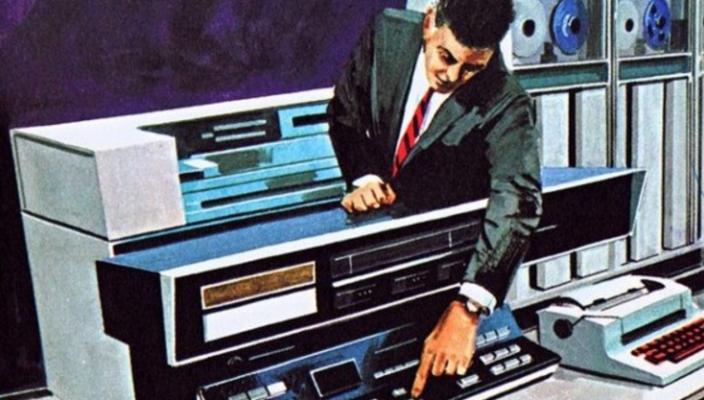 Moore’s Law states that the number of transistors on a chip will double approximately every two years and considering this was first expressed way back in 1965 (although the term Moore’s Law wasn’t used until 1970) it has been remarkably accurate ever since. Back in 1970 chips had around 2300 transistors and now they have over 2.5 billion. Blimey.

Here we look back to the early days of computing and specifically the Hamlyn ‘Computers at Work’ books from 1969. It’s easy to laugh at how basic it all looks now but at the time this was the cutting edge of technology whereas now we have more computing power in the mobile phones we use every day.