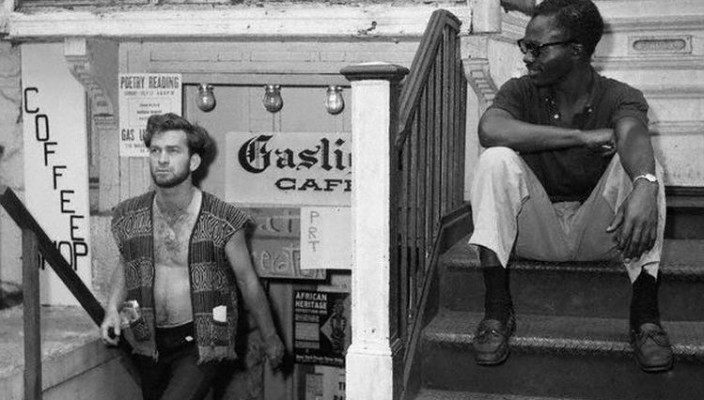 Whilst many of us know the term ‘beatnik’ and are aware of the old cliché of berets, roll-neck jumpers, goatee beards and saying the word daddio a lot how many of us actually know the history behind the beatniks, where they started from, what they did and where they ended up. Not many if our recent VoEA office survey is to be believed. We were quite surprised at our lack of knowledge regarding this long-lost youth culture so we decided to do a bit of research and share it with our good readers.

The word ‘beatnik’ was first used in 1957 by San Francisco Chronicle columnist, Herb Caen. Just months prior to this the Russian space mission Sputnik 1 (meaning Satellite 1 in English) had launched and Caen, a noted observer of pop culture, had seen the rise of the ‘Beat Generation’ and wrote that “Look magazine hosted a party for 50 Beatniks….and over 250 bearded cats and kits were on hand”. This new term though didn’t go down well with the rather earnest beat writers and Allen Ginsberg wrote of “the foul word beatnik” and claimed (probably rightly) that it was a media creation and not something he or the other beat writers were happy to be associated with. In addition it could be argued Caen was questioning the patriotism of these beatniks by grafting a Russian term on to the word beat.

The term ‘Beat Generation’ was first coined by Jack Kerouac as early as 1948 to describe the group he was knocking about with in New York using it to mean down-trodden or put-upon – he saw a connection between his generation and the Lost Generation of the First World War. This was presumably a reference to the post-WWII blues that Kerouac and others were experiencing and there’s no denying it must have been a very tough time for all involved. Later though Kerouac and other beat writers tried to turn the term around and use it in a more positive manner implying it was derived from the biblical term ‘beatitude’ when Jesus presented a new set of Christian ideals (Beatitudes derived from the Latin word beatus meaning happy or blissful) in the Sermon on the Mount. Regardless of the exact meanings by 1959 the terms ‘Beat Generation’ and ‘Beatnik’ had stuck and started moving firmly into the mainstream.

That a handful of writers were able to influence a whole youth movement is quite remarkable but as with all fashions and youth cults it started small and developed at a fairly rapid pace. Jack Kerouac’s ‘On the Road’ (1957), Ginsberg’s ‘Howl’ (1956) and William S. Burroughs ‘Naked Lunch’ (1959) were the three most influential Beat books and pretty soon almost everyone wanted to be a writer or a poet and rebel against the constraints of late 1950s / early 1960s American society (for it was in the main an American trend).

At the time beatniks were considered to be a media construct and were not necessarily ‘Beat’ which many saw as a state of mind almost, an alternative way of looking at society. Anti-materialistic and counter-cultural it was all about one’s inner-self rather than the shallowness of material possessions. However, the term beatnik had caught on and berets, sunglasses, black roll-neck jumpers and a book of poetry were de riguer for many young Americans who wanted to be seen as being outside the mainstream. The new and exciting modern jazz was the music of choice and bongos were the instrument many beatniks wouldn’t be seen without. Advertisers soon caught on and the term ‘Beat’ was used extensively to sell to the youth not least with the new long-playing vinyl records that were just starting to become popular.Whilst the ‘Beat Generation’ founders took themselves oh-so seriously the beatniks unintentionally generated a comical air about them even to the extent that in New York a ‘Rent-a Beatnik’ service was started where your party or gathering could be enhanced with a poetry reading beatnik in the corner.

Musically the ‘Beat’ influence was extensive and even the Beatles used the word beat in their name by way of a reference. Ray Manzarek from the Doors was quoted as saying they wanted to be beatniks and Jim Morrison was heavily influenced by Jack Kerouac. Allen Ginsberg’s Christmas card list reads like a who’s-who of 1960s cool being friends with Paul McCartney, Bob Dylan, the Rolling Stones, Lou Reed and the Grateful Dead to name but a few.

As was the way back then fashions and trends moved very quickly and 1967 was a watershed year in both fashion and musical terms. January 1967 saw the Human Be-In at the Golden Gate Park in San Francisco essentially a protest at a new California law banning LSD and where Timothy Leary first used the term ‘turn on, tune in, drop out’. This event is viewed by many as the first hippie gathering. The Summer of Love that followed saw the hippie revolution spread from the west coast of the US to Europe and the rest of the World. In no time at all it was free love everywhere, tie-dyed t-shirts and huge flairs. Any self-respecting beatnik could not ignore this overwhelming new fashion and in no time at all the psychedelic revolution took over. It is interesting to note that the term hippie derives from the word hipster which was what a lot of the early beatniks were called.

It can be argued that the progression from beatnik to hippie was a very natural one almost evolutionary in its manner. The beatnik’s drug of choice – marijuana was enhanced with LSD and the dark somber clothes were replaced with bright colourful kaftans. Musically the Beatles release of ‘Sgt Pepper’s Lonely Hearts Club Band’ in June 1967 couldn’t have come at a better time and was as they say these days a game changer. It was almost a perfect storm of music and events coming together and had a massive influence around the World. Beatniks didn’t so much die out as morph into hippies and undoubtedly provided the blueprint for what was almost certainly the first worldwide youth cult. 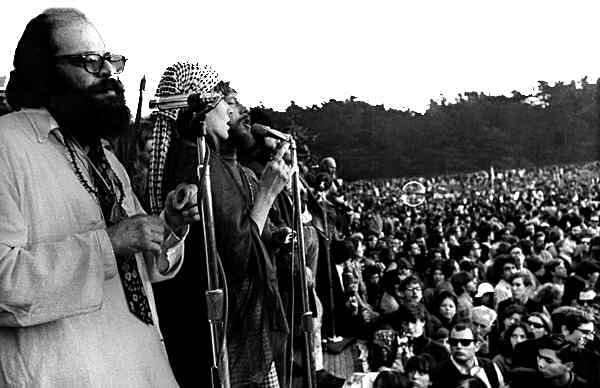