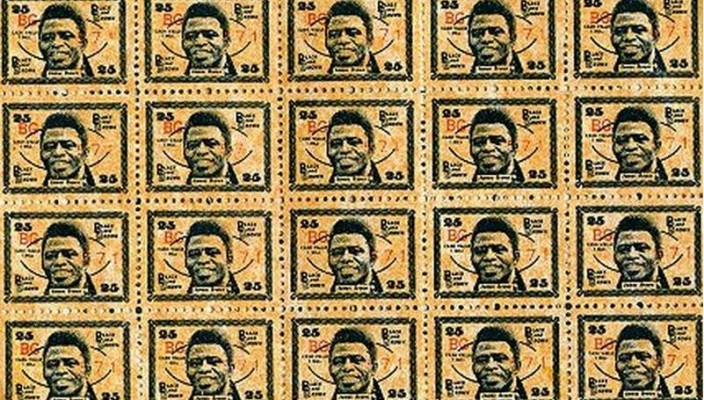 Long before the days of these new-fangled loyalty cards we all seem to have ended up with the world had been collecting trading stamps of differing varieties for many, many years. They were first started in the US (where else!) during the 1890s as an incentive to cash customers who were rewarded with the stamps when those who purchased on credit were not. When petroleum companies and supermarkets started expanding and opening multiple units the use of trading stamps spread and it was eventually rolled out to cash and credit customers alike when it was realised the stamps encouraged loyalty through repeat business as trading stamp collecting became a hobby for millions. In the early 1960s America’s largest trading stamp company, S&H Green Stamps, claimed that it printed more stamps than the US government’s own postal service.

From the 1930s through to the sixties trading stamps were big business and many of our UK based readers of a certain age will no doubt fondly remember Green Shield Stamps and books stuffed full of them scattered around the house.

The Black and Brown Trading Stamp Corporation was set up in Oakland, California by former American footballer Art Powell who saw an opportunity to create and reward loyalty amongst the local black community through trading stamps featuring black American icons. The first (and to our knowledge only) icon to feature on a stamp was James Brown and quite how successful the scheme was is difficult to gauge. What we do know is the bottom fell out of the trading stamp market in the States during the late-1960s around the same time these were launched and the localised nature of the Oakland scheme didn’t lend itself to a concept that relied on large numbers of people being involved. Still, it’s left us with some great images of James Brown on a stamp and who better to feature than the Godfather of Soul himself. 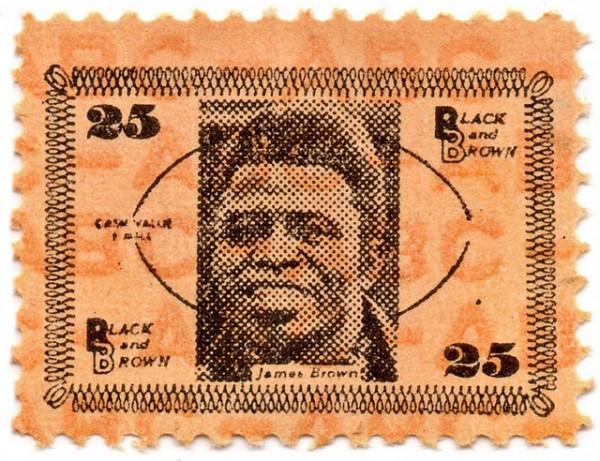