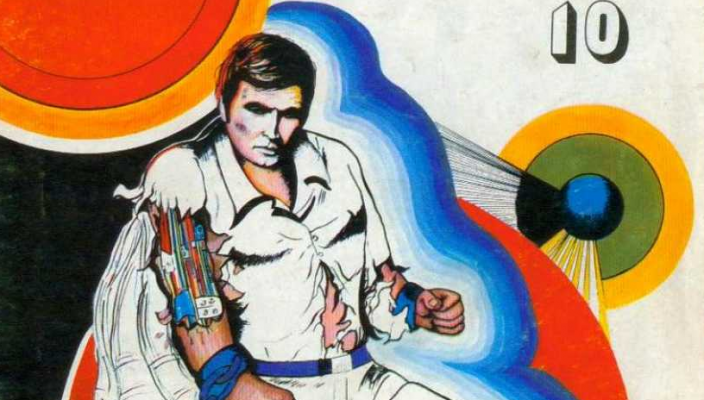 Argentina’s historical inflation problems are well documented which probably explains why they were reluctant to give their version of the Six Million Dollar Man a monetary value. Instead they chose to call him El Hombre Nuclear which even those of us with zero knowledge of Spanish can reasonably translate. (We’re fairly certain this is of Argentinian origin but they could also hail from Columbia so we’ll hedge our bets a wee bit.)

Now we’re no art critics here at VoEA yet we can’t help but feel there’s something not quite right about these illustrated covers. Maybe it’s the oversized arms. Nevertheless they tick all the boxes for us here so enjoy a South American comic book interpretation of a classic American tale of an astronaut overcoming adversity and gaining super-powers by becoming nuclear powered 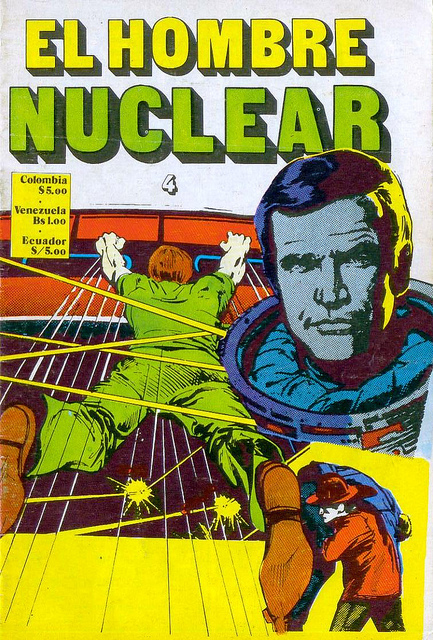 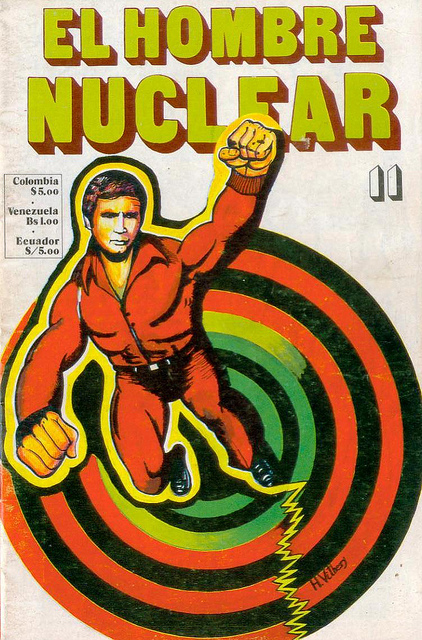 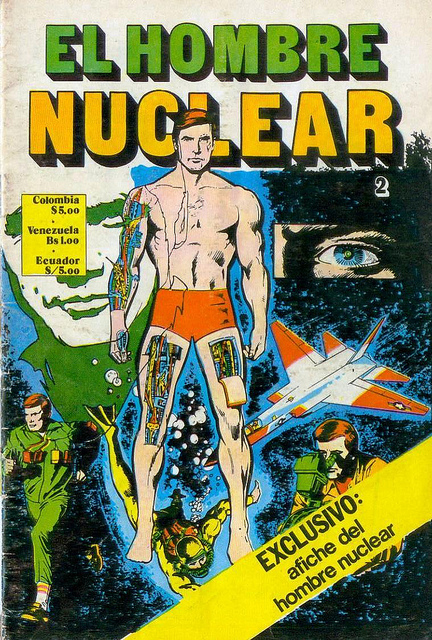 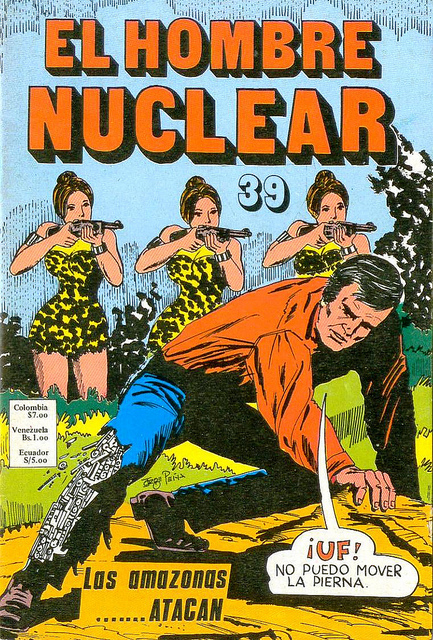 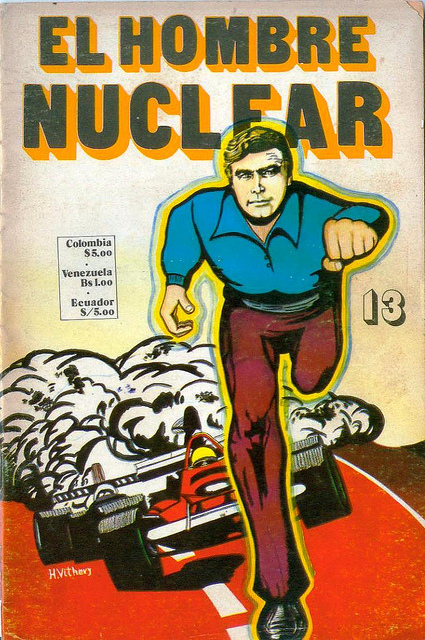 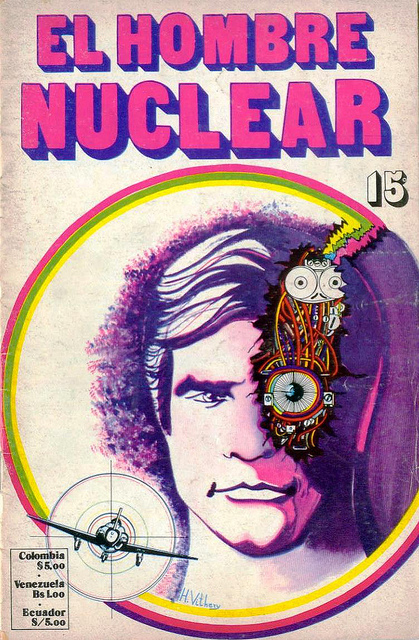 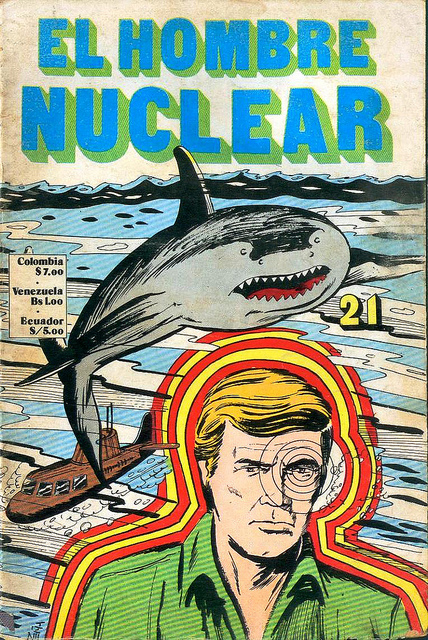 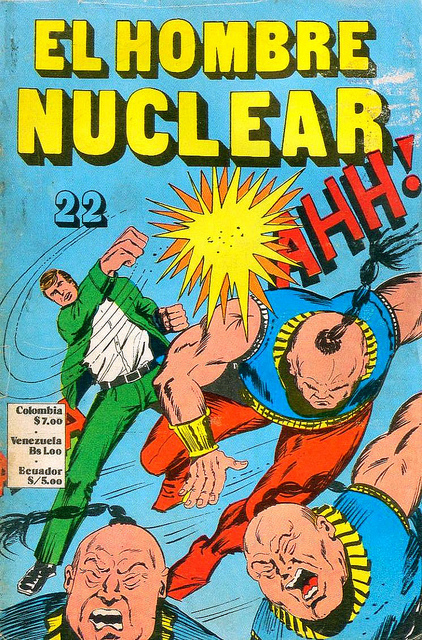 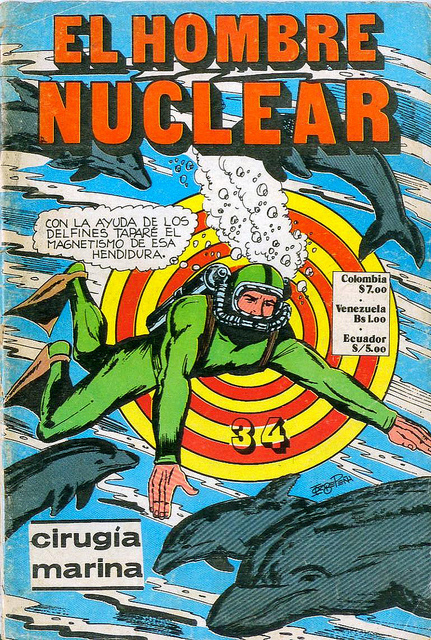 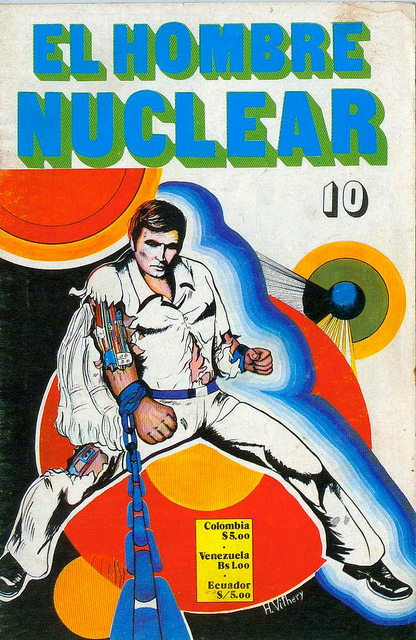 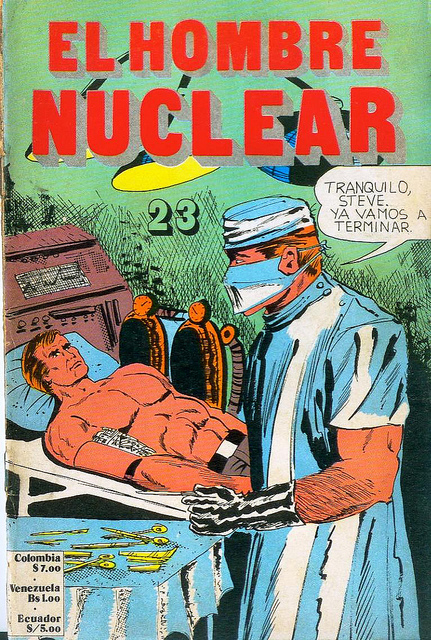 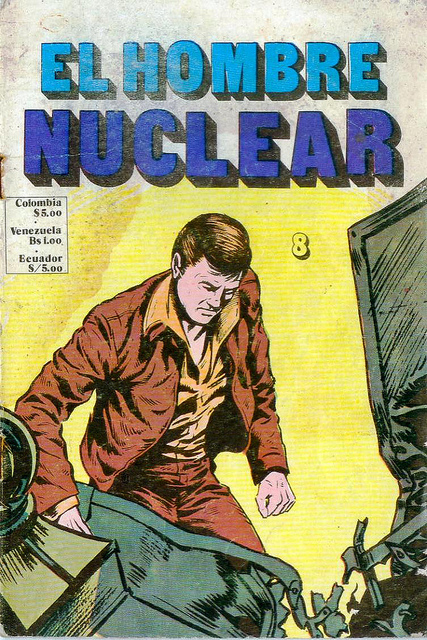 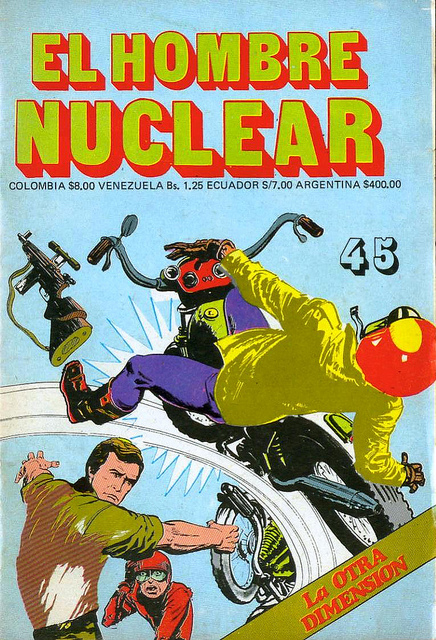 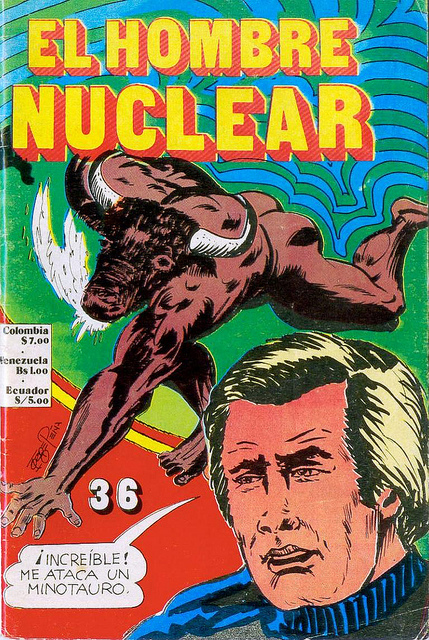