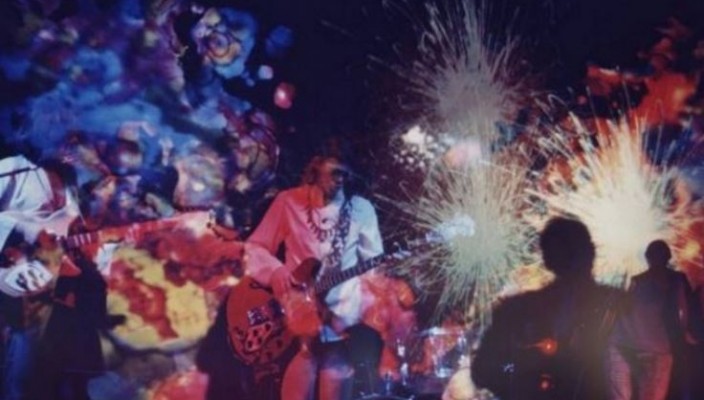 One of the inevitable parts of going to a ‘psychedelic’ gig in the late 1960s and early seventies was that there would be a psychedelic or liquid light show – no self-respecting band would dare go on stage without a migraine-inducing backdrop.

The Psychedelic Light Show first came to prominence in the mid-sixties in the UK and USA and developed alongside the burgeoning hippy revolution of the time. The technology was pretty simple involving oil, water and a number of very messy dyes. It seems the operators’ hands were permanently stained by the dyes with the ink being the same stuff that is used in permanent marker pens. But hey, enough of this technical talk. Take a look below at a New York light show from 1968 at the Whitney Museum with Jefferson Airplane taking centre stage.

For those of you who fancy reviving the lost art of liquid light shows and recreating one in the safety of your own home we have an exploded view diagram below from the Edmund Scientific Company of New Jersey for your perusal. Please note any feelings of nausea or migraines induced by this equipment are absolutely not the responsibility of VoEA and we do not recommend using this or in fact operating any kind of groovy psychedelic equipment without wearing a tie-dyed t-shirt, a pair of enormous flares and some open-toed sandals. 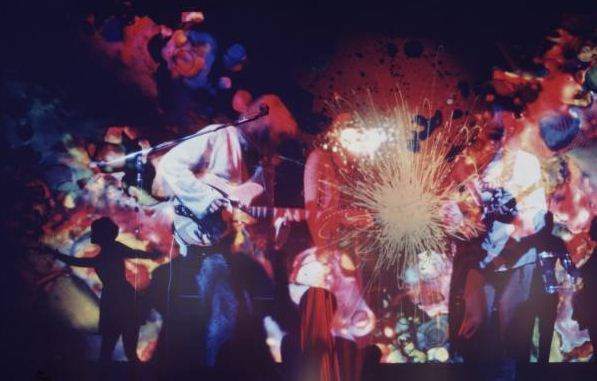 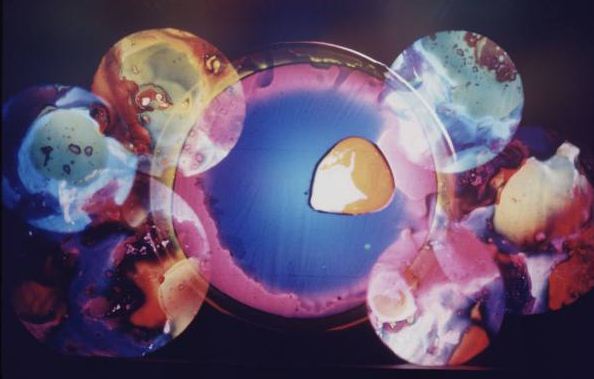 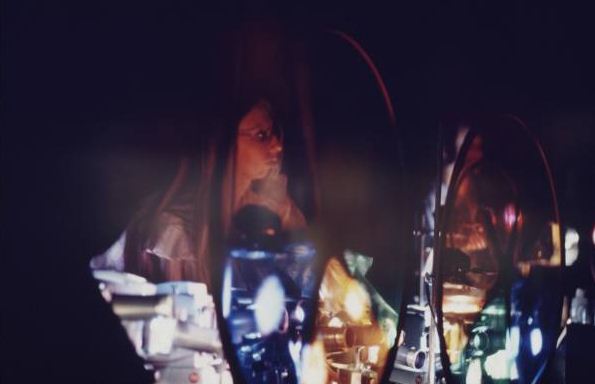 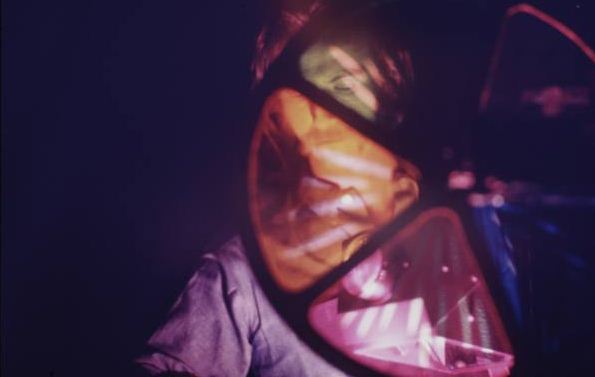 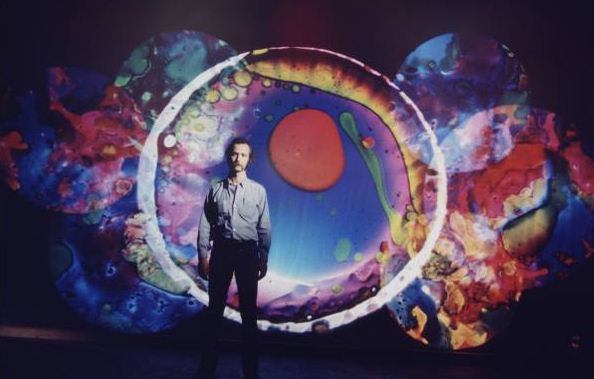 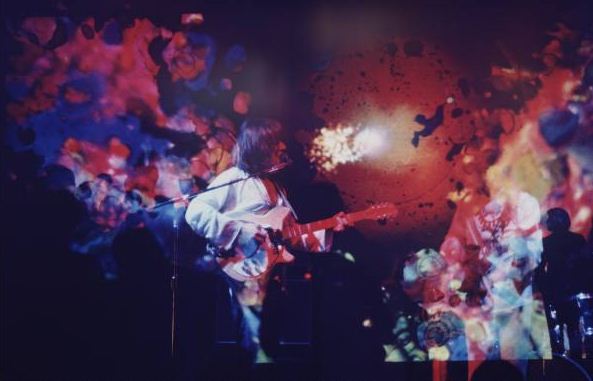 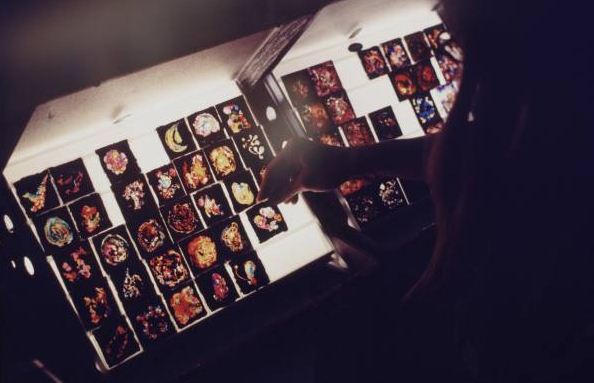 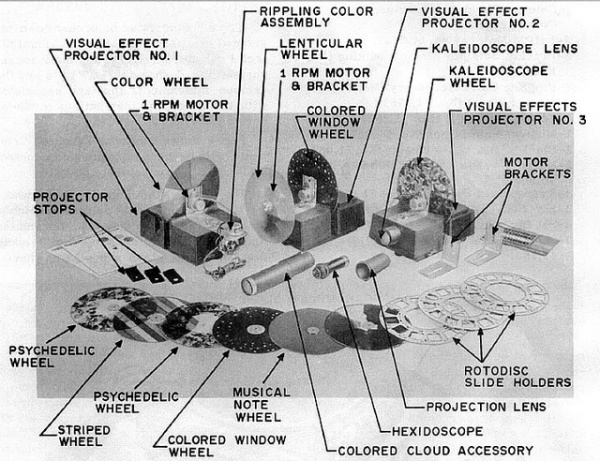