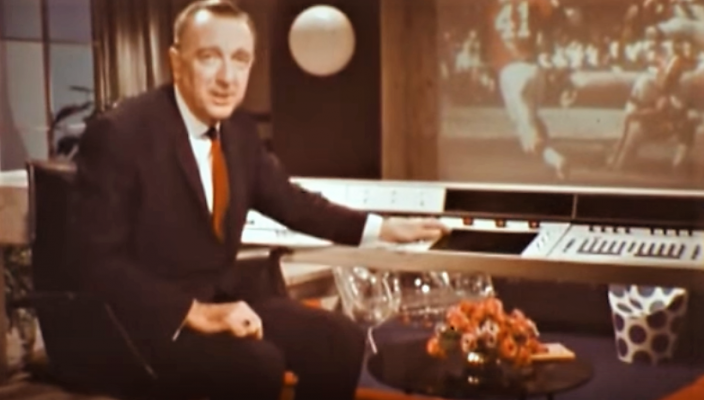 As part of our occasional ongoing series taking a look back at how the future looked half a century or so ago we have some 46 year old footage from noted US broadcast journalist and the man once known as ‘the most trusted man in America’ Walter Cronkite. In 1967 Mr Cronkite presented a series of short programmes looking at how our homes would look in the year 2001 and remarkably prescient they were too.

One of the reasons Cronkite was so trusted by the good people of the USA is the remarkable number of notable events he worked on and also his avuncular, unflashy, everyman style. He reported on World War II bombings, the Nuremberg Trials, the Vietnam War, Watergate, the Iran hostage crisis and broke the news of the murders of JFK, Martin Luther King and John Lennon, oh and also reported on the first moon landings. As if that wasn’t enough he was also remarkably accurate when it came to forecasting the future (OK so we know he was the presenter and not necessarily the ‘futurologist’ but you know what we mean) in terms of computers, the Internet and home entertainment. So have a look – to coin Mr Cronkite’s best known catchphrase – and that’s the way it is.