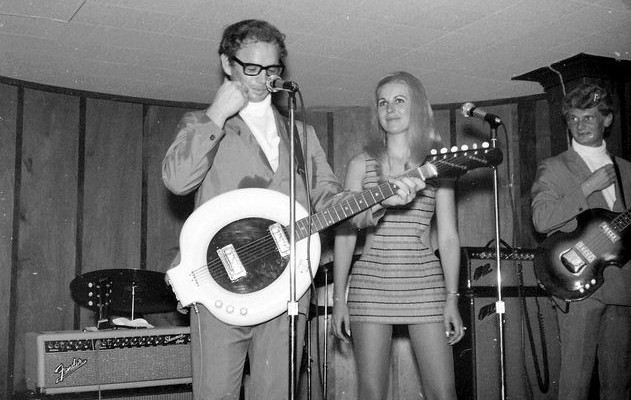 Troops that were based in Thailand during the Vietnam war were entertained by some major acts of the time. Comedian Bob Hope, singer Barbara McNair and actress Raquel Welch all performed at large outdoor shows staged by the USO. However it wasn’t just famous faces who provided entertainment in Asia, there were a host of lesser-known musicians and acts that also performed, and here are a few of them in action in Thailand.

Recently we found a set of photos on Flickr that were taken from 1967 to 1969. The collection features other United Service Organisation shows that were staged in Thailand, plus a few snaps of local bands playing at clubs. Apart from a country and western singer called Jody Miller who appears in the last photo, the rest of the acts that are pictured are unknown. The only group named are the Thaiger Kats, who you can see in the photo below grooving away in a local nightclub.