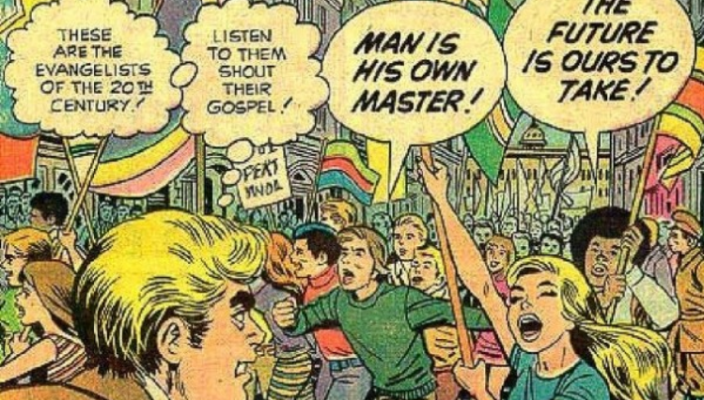 Rebellion, religion and lots of romance are featured in these groovy comics aimed at Teenagers in the late Sixties and early Seventies.

Enjoy the Sooper Hippie in Flower people and love beads. Witness Mod glamour girl Millie the model visiting Carnaby street and meeting The Gears, who are apparently “Cooler than The Beatles, Kookier than The Kinks”. See Tom Skinner taking the word of god to the ghetto in the Spire Christian comic Up from Harlem. And for those less spiritual there’s Swing with scooter and The way-out world of Windy and Willy. Pretty As I Wanna Be - The Bernard Purdie Story
Wired For Sound - Adverts For Headphones
Danger Man - Better Than Bond?
A Nostalgic Look At The Future - The Sleeper House
Hip Pocket Records
Hanging out with Muhammad Ali
Living with a Lion
Pulped Fiction - Mills and Boon Book Covers