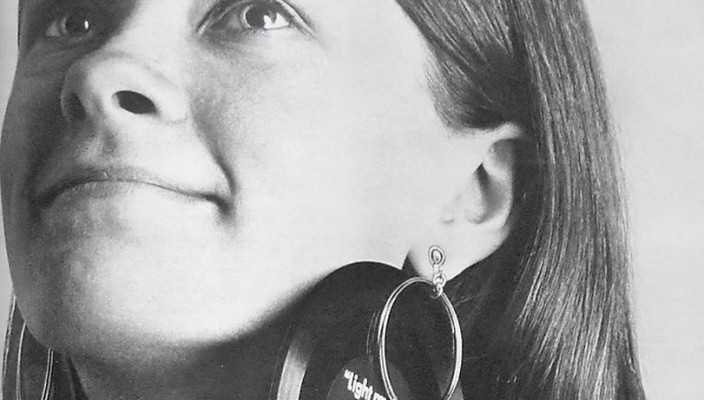 Over the years the trend in terms of music storage has tended towards the excessively small to the point now where you can virtually store a whole record collection on an iPod or MP3 player that you can carry on your pocket. Tracing this trend back to its roots we have come across what we believe to be the first attempt at portable mobile music and that is the Hip Pocket Record.

Back in 1967, Philco, a part of the US Ford Motors group, produced Hip Pocket Records which were basically 4” diameter flexi-discs with two tracks on the one side. They were sold as portable, virtually indestructible (being flexible they were less fragile than conventional vinyl), could be sent through the post and were also touted as lasting far longer than conventional vinyl which listeners soon found was definitely not the case. They could only be played around 10-12 times before the stylus affecting the grooves on the flexible vinyl. Philco managed to do deals with three major US record labels (Atlantic, Mercury and Roulette) selling the records through Woolworths stores and also Ford dealers.

As Philco were starting to penetrate the market with their Hip Pocket Records The Americom Company sensed an opportunity and saw what they thought was the future of selling music. They produced their own version of the Hip Pocket Record called simply the Pocket Disc and somewhat fortuitously managed to team up with Apple Records and released a number of Beatles tracks plus those of other artists on the label including Billy Preston.

Unfortunately their far-sighted optimism wasn’t shared by the record buying public of the time and both Hip Pocket Records and Pocket Discs became a thing of the past in 1969 lasting a mere two years in the spotlight. The humble cassette was responsible for their downfall and it went on to rule the portable music roost for the next generation. For those interested and the record collectors amongst you the Philco Hip Pocket Records have not really increased in value that much but, due to their Apple connection, the Americom Pocket Discs are worth a few bob now and if you happen across any can fetch upwards of 200 pounds in decent condition. 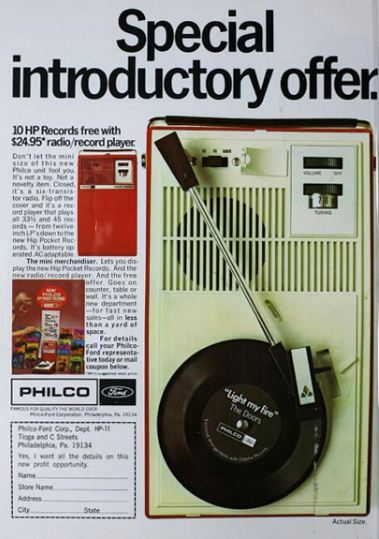 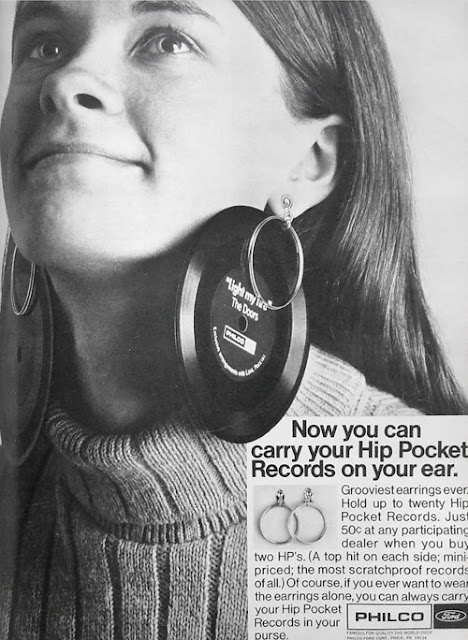 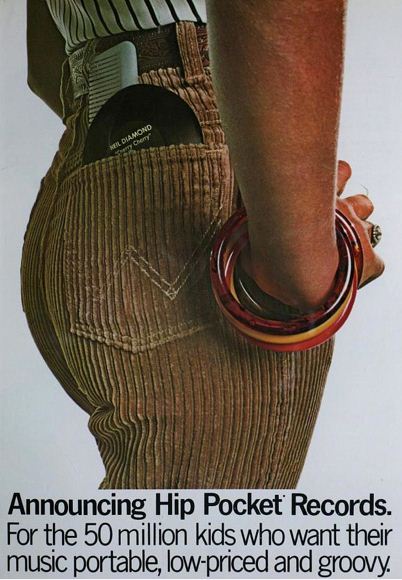 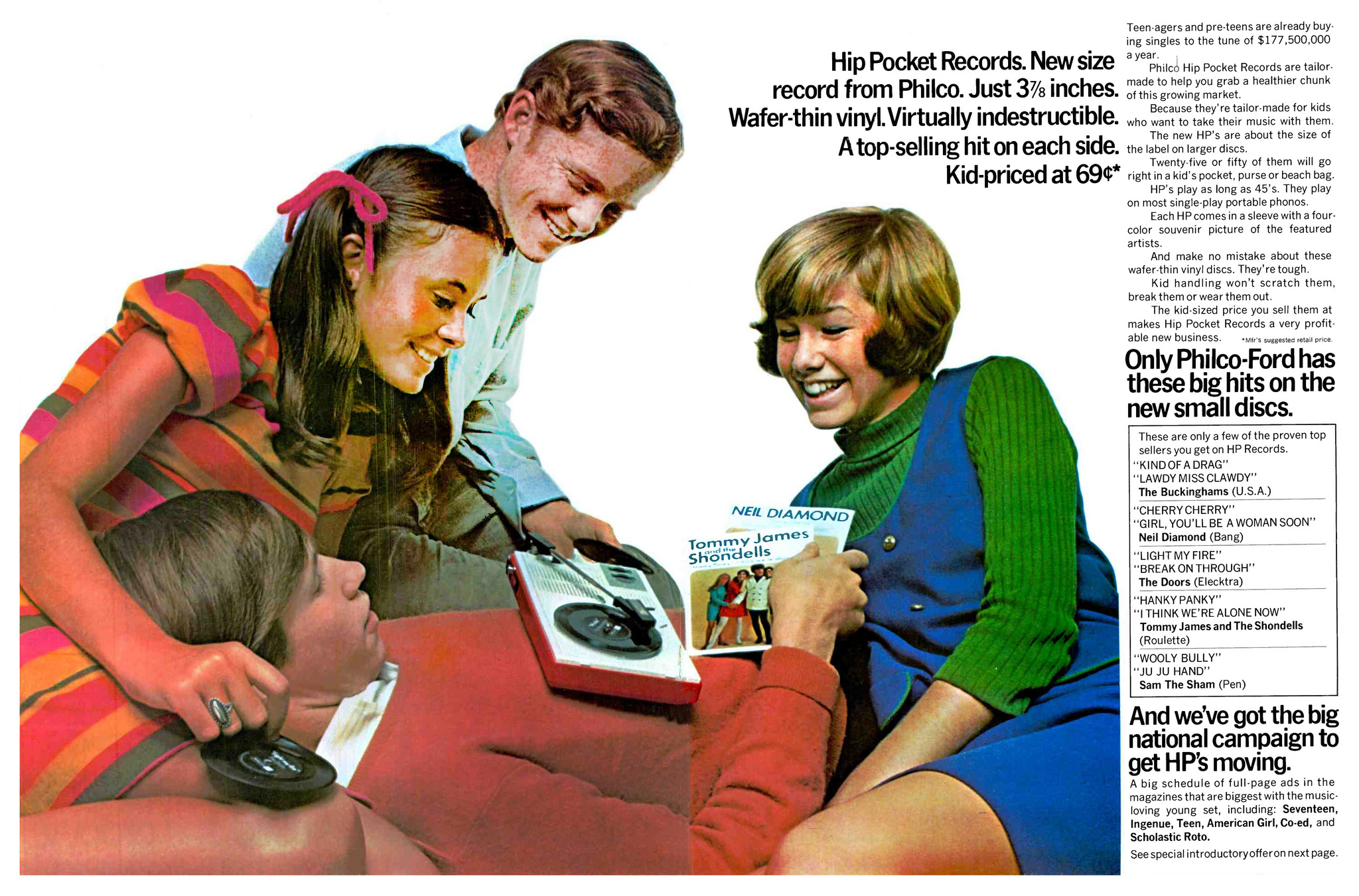