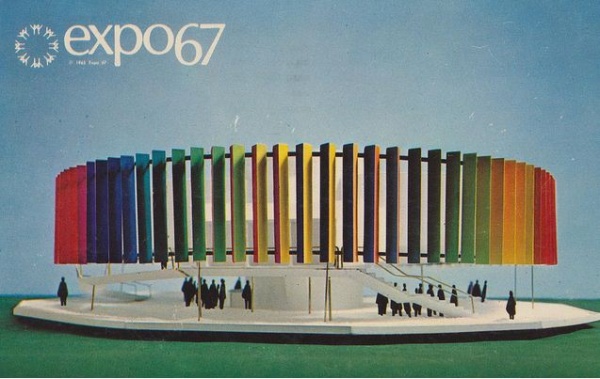 The Most Successful World Fair – Expo 67

An astounding 50 million people visited the International and Universal Exposition or Expo 67 in Montreal, Canada from April to October 1967. On the third day there were 569,000 visitors, setting a single-day attendance record for a world fair. These figures are why it’s considered the most successful World’s fair of the 20th Century.

In May The Ed Sullivan show was broadcast from Expo 67, one episode featured The Supremes as guests.Thelonious Monk, Tiny Tim, The Grateful Dead and Jefferson Airplane also performed to crowds at the exhibition .

As you can see from some of these postcards the exhibition had various pavillions representing different nations. The most popular was the Soviet Union’s one which had 13 million visitors.