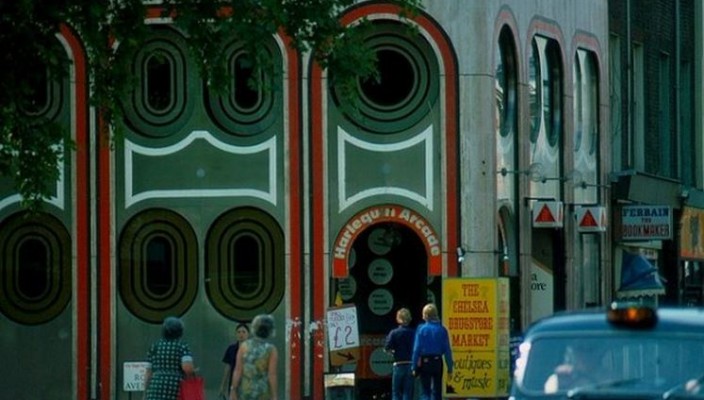 Walking Down The Kings Road

Few streets have such mythical status as King’s Road, Chelsea. From being the place where all the 1960s cool cats hung out to the centre of the UK ‘76 punk explosion it was for many years the place to hangout and be seen. More recently its gentrification has seen its influence wane and you’re more likely to bump into some posh bloke wearing red trousers than Malcolm McLaren but it still remains an iconic street and will always be remembered as the birthplace of the Sex Pistols: possibly the most influential act in the history of modern music.

Here we have a selection of excellent photos from that early punk period -1976 to be precise. When it was all happening in the Chelsea Drugstore where McLaren had a boutique, Stop the Shop had a revolving floor (a sure-fire way to make you feel sick), Don Letts was running the Acme Attractions shop where The Clash, the Pistols, Chrissie Hynde, Debbie Harry and Bob Marley could be seen hanging out and the World was just about to witness the biggest change in popular music for a generation.