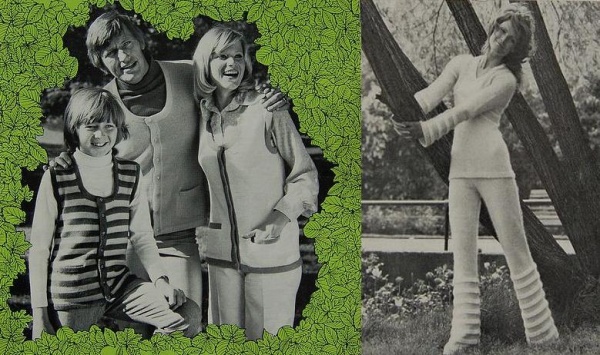 Did you know that before he was getting his Martinis shaken and not stirred as James Bond, Sir Roger Moore was a male knitting model? He even earned the nickname “The Big Knit” because of his extensive modelling work in knitwear advertising.

Apart from this interesting Bond related fact, we don’t really have any Knitting-knowledge here at VoEA HQ. What we do know about knitting is…. the magazine Stitchin’ Time from the late sixties had some pretty cool covers.

While digging around the Internet these covers leapt out due to their bright colours and almost fanzine looking design. They could almost be covers for a homemade magazine produced by a dedicated Smiths fan in the 80s.

Now, to use a well known knitting phrase, it’s time to Bind Off.