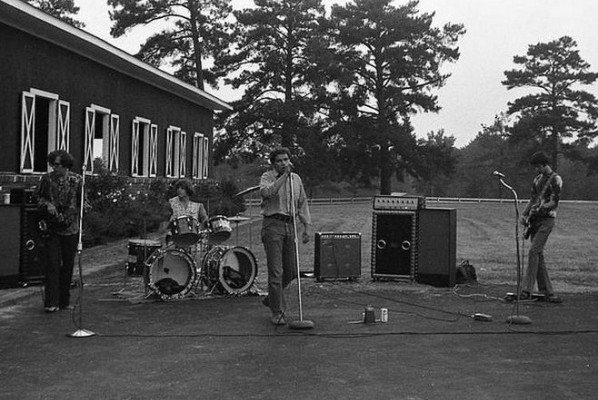 On a search for “Thunder Carolina” we found out that the Tom Cruise film “Days of Thunder was filmed there and that a new band called “Thunder Pigs” who have a Byrds/Neil Young vibe come from the same area. Then we searched for “Thunder band” which brings up the English hard rock band and a few weather results.

So, we’re afraid that we cannot shed much light on this 1970 band called Thunder from South Carolina. However what we do know is they were from Lower Richland college and they once did a gig in a horse farm called Trotters Barn, and here’s a few photos of them in action.

There are a few other photos of the band on Hunters-Desportes Flickr page, including one of the band playing at a local Bar Mitzvah – Rock on!