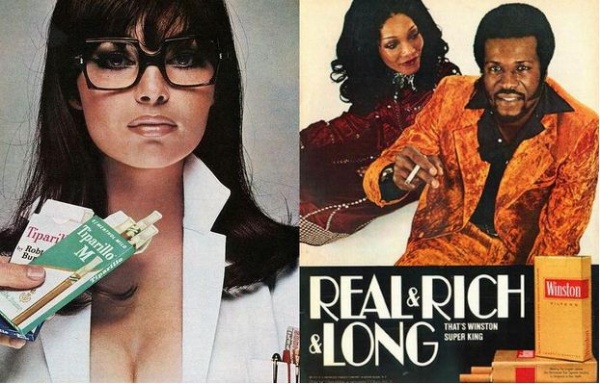 Up in Smoke – Cigarette Adverts

As the UK government cracks down again on smokers by banning cigarette displays in shops, we thought we’d better get this published before the authorities ban smoking related blog posts.

Now that advertising cigarettes and cigars is virtually illegal in the UK and many other countries, these advertisements are a real thing of the past. Apart from the health aspect, these days if you were to follow the words of the Tipalet advert “Blow in her face and she’ll follow you anywhere” it’s more than likely that you would get a slap before getting thrown out of the club or pub for breaking the smoking ban.

Fans of trivia may also like to note the Virginia Slims advert which features the slogan “You’ve come a long way, baby”, this was borrowed by Big Beat maestro Fatboy Slim for the title of his second LP.

We would also like to point out that smoking cigarettes or cigars will seriously damage your health, however looking at these adverts from an era long gone wont. 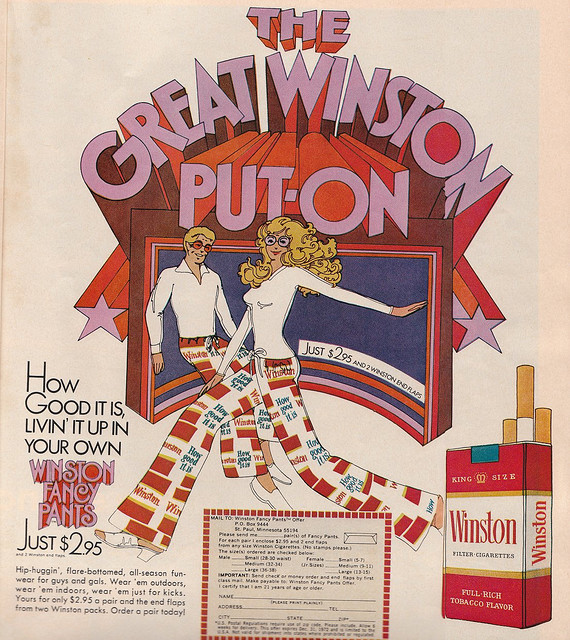