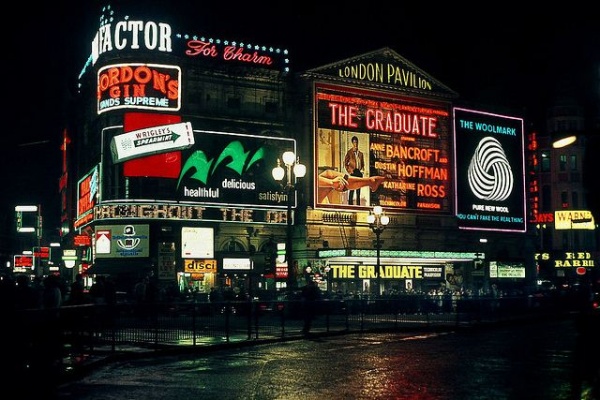 Statistically – if you hang around Carnaby street long enough,the chances are you will get vox-popped by a roving TV reporter or stopped by a canvasser. Before the days of being interviewed by a Channel 5 researcher asking what your favourite colour is, Carnaby street was the heart of Swinging Sixties London.

Some of these photos show the street in it’s glory days in the late Sixties, including the polka dotted Mens boutique Lord John, which you can read more about at A Dandy In Aspic Blog – check it out.

Other places snapped around London include Portobello Road,Piccadilly Circus and some early hippies hanging out in Trafalgar Square. « On The Wheels of Steel Vintage Japanese Adverts »