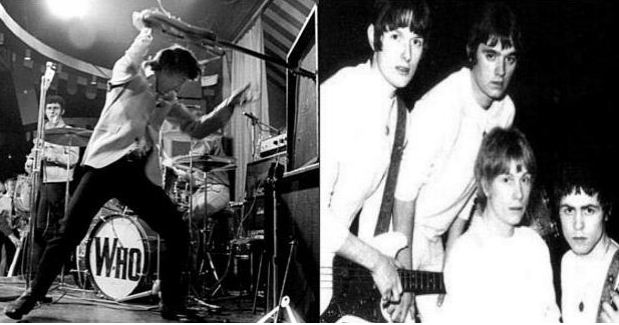 Smashed Blocked – The Who versus John’s Children

In April 1967 The Who embarked on a tour of Germany to promote their new single ‘Pictures of Lily’. They took with them two English ‘mod’ bands as support acts – John’s Children and The Action. The result was chaos.

The Action consisting of Reg King on lead vocals, Alan King on lead guitar, Mike Evans on bass and Roger Powell on drums were a real blue-eyed soul band who whilst they didn’t achieve massive commercial success had a massive cult following in the UK. They were the band the cool London mods followed rather than the Small Faces who at the time, were considered a bit too ‘pop’ and with Reg King on vocals The Action had a genuinely soulful voice up front. Their tight soul infused live sound was quite a contrast to the chaos of John’s Children whose live act seemed to thrive on in-fighting and aggression. 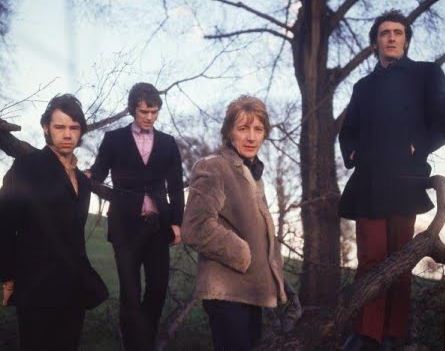 John’s Children were only around for 18 months or so but had a massive influence in a number of ways. They are credited by many with recording the first ever psychedelic record ‘Smashed Blocked’ in 1966, they were also seen as the pre-cursors to the first glam rock bands. In addition their somewhat chaotic recorded sound and anarchic and theatrical live shows featuring fake blood, feathers from ripped-up pillows and in-fighting were a big influence of the punk scene which came along some 10 years later.

In early 1967 Marc Bolan had joined John’s Children on guitar and played alongside Chris Townson on drums, the eponymous John Hewlett on bass guitar (rumour has it he was such a bad bass guitarist the band’ manager Simon Napier-Bell named them after him) and Andy Ellison on lead vocals. Bolan only stayed with the band for a few months but was there during the chaos that was the tour of Germany. Napier-Bell managed to get John’s Children booked on The Who’s tour of Germany and the band saw this as a real opportunity. The Who had a name as being THE live band with a reputation for smashing their instruments and their ability to literally turn it up to 11. John’s Children who had been heavily influenced by The Who’s live performances caused a riot at the first gig in Dusseldorf with Marc Bolan whipping his guitar with a chain, Ellison and Hewlett staging a mock fight, Townson smashing his drums (in the style of a certain Keith Moon) and Hewlett covering himself, the band and a good part of the auditorium in feathers then diving into the crowd. The following night in Ludwigshafen they caused mayhem again to the point where Roger Daltrey literally couldn’t sing because of all the feathers hanging in the air. The Who were not happy with the antics of John’s Children and kicked them off the tour. Pete Townshend said ‘they were too loud and violent’.

In an interesting footnote Chris Townson was asked to stand in for an injured Keith Moon during The Who’s UK tour in June 1967. With little or no time to rehearse he stepped right into Moon’s shoes and many in the audience didn’t even notice the new face behind the drums so good was his performance. There are two stories regarding how Moon incurred his injuries. Some say he’d hurt himself whilst smashing up his drum kit on stage whilst others maintain he broke both his legs after being thrown down the stairs of a party he was trying to gatecrash.

The backstage photos of The Who were taken at the Ludwigshafen concert by Manheim photographer Chrissie Grambitter. The other support band for the evening were German beat group The Lords. Here they are having a chat with John Hewlett from Johns Children.