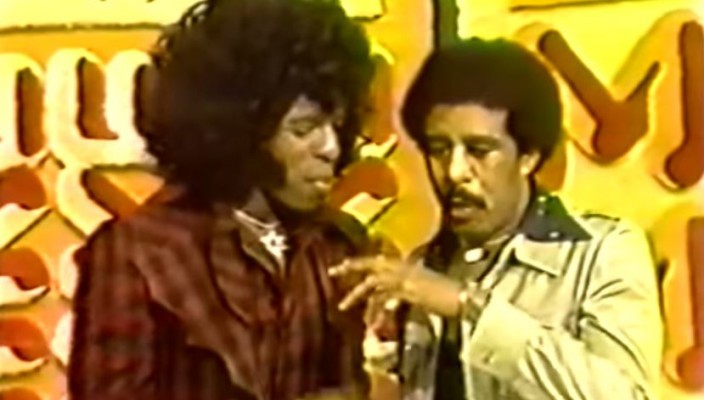 When comedians get plaudits from other comedians you know they’re good and Richard Pryor was one such comedian. Bob Newhart called him “the seminal comedian of the last 50 years”, Jerry Seinfeld described him as “the Picasso or our profession”, he’s acknowledged as being one of the most influential stand-up comedians of all time and he also played a mighty mean set of drums.

In the past we’ve seen Mr Pryor beating a drum kit with fictional band Max Frost and the Troopers in the 1968 film Wild in the streets, this time we check out Richard Franklin Lennox Thomas Pryor III on drums accompanying Sylvester Stewart (Sly Stone to his fans) on piano in a short performance of the classic ‘If You Want Me to Stay’ on American television programme the Mike Douglas show. Take it away boys.