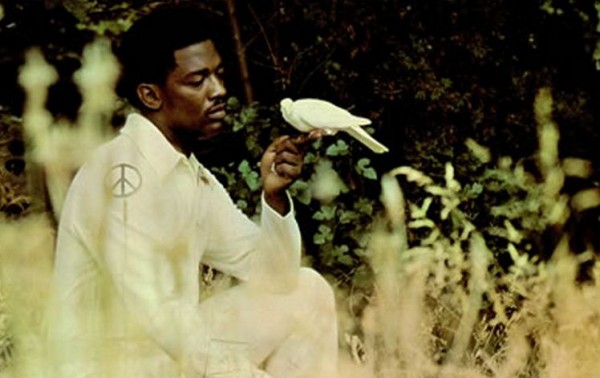 Originally we were going to pop this cover version into our Unexpected Gems category. However it didn’t meet our strict criteria, as we like quite a lot of Primal Scream and Edwin Starr’s work – the same can’t be said for Cliff Richard.

This tune is taken from the British 1995 bargain bin surf film Blue Juice. It was a romantic style comedy that was shot in Cornwall and starred a young Ewan McGregor, Sean Pertwee and Catherine Zeta Jones. For fans of Northern Soul the film caused both despair and delight. Motown man Edwin Starr played a soul singer named Ossie Sands, the soundtrack had soul stomper Lonely for you baby by Sam Dees on it and well respected Scottish Northern Soul/Funk DJ Keb Darge can be seen busting his moves out on the floor.

Despite all this effort someone committed the cardinal sin of Northern Soul. In a scene where they discuss Wigan Casino, the order of the Three before Eight records is wrong – It should have been  “Time Will Pass You By” by Tobi Legend, “Long After Tonight Is Over” by Jimmy Radcliffe, and “I’m On My Way” by Dean Parrish (We’ve googled the order a couple of times so we don’t receive any angry emails)

In the meantime check out the late great Edwin Starr taking on the role of  Bobby Gillespie as he belts out Movin’ on up by Primal Scream.