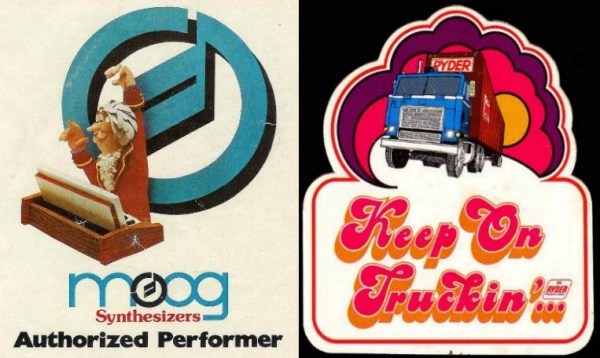 Stick With It – Seventies Sticker Art

Ahh yes, the humble sticker. Some say the first stickers were invented by the Ancient Egyptians to advertise the daily rates of products on the walls of their souks and bazaars.
The first examples of more modern stickers can be traced back to European fruit traders who would put labels on the side of crates to distinguish (or brand) their crates from others. The father of the modern self-adhesive sticker is generally believed to be R. Stanton Avery who came up with the idea in the 1930s. The general principle hasn’t changed since and his company is still going strong to this day.

So, feast your eyes on our selection of groovy Seventies stickers below but be warned, subtlety was not the byword in 1970s sticker circles.