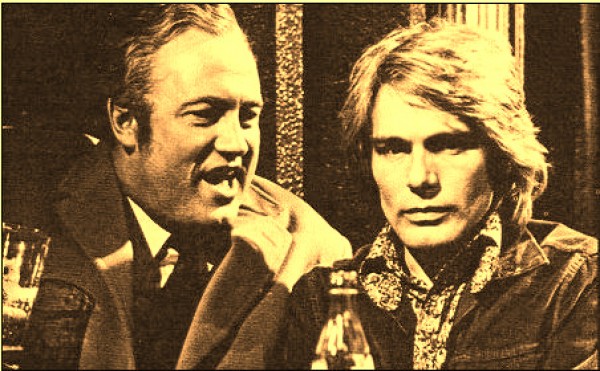 Budgie – we salute you!

Budgie was a classic 1971/72 series starring Adam Faith as the luckless main character (originally titled ‘The Loser’). As a loveable rogue, Ronald ‘Budgie’ Bird was constantly controlled by Charlie Endell, a Glaswegian soho sex shop owner (Iain Cuthbertson). Backed by henchman Spam Fritter,(John Rhys-Davies), he manages to use Budgie for his own ends, whilst still maintaining a respectable facade.

The put-upon Hazell, brilliantly portrayed by Lynne Dalby, is Budgies girlfriend and mother to his child, and solidly supports him through his ducking and diving, often with little reward.

The 26 episodes (2 series of 13 episodes) are warm, funny, poignant and dark in equal measure, and a lot of star names pass by in cameo roles.

It was repeated just the once, on channel 4 in 1985, but there is now a DVD available of all 26 episodes. We can’t recommend it enough.