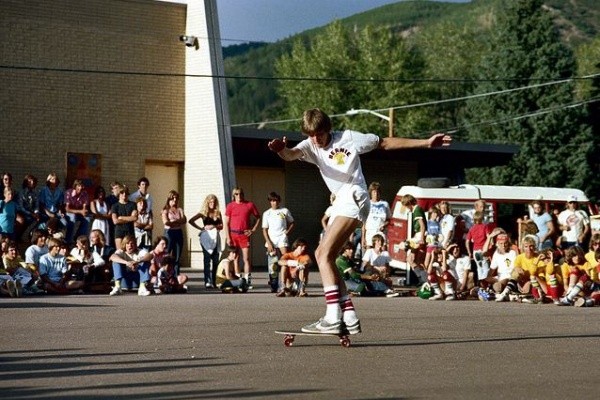 Back in ’77 when shorts were short, socks were long and hair was big, professional photographer Nick De Wolf took these excellent shots of young skateboarders or as they were called in the early days Sidewalk Surfers showing off their skillz.

These shots were taken in Aspen, Colorado about the time when freestyle skating was really taking off and before it developed into street skating. Ironically, it seems the development of freestyle skating led to more and more extreme tricks which in turn caused concern amongst many of the skate park owners as insurance costs went through the roof leading to the closure of many parks. The knock-on effect of this was that by the early-80s there was a real decline in skateboarding in purpose built parks which led to the development of street skating using general street furniture for tricks which still continues to this day.