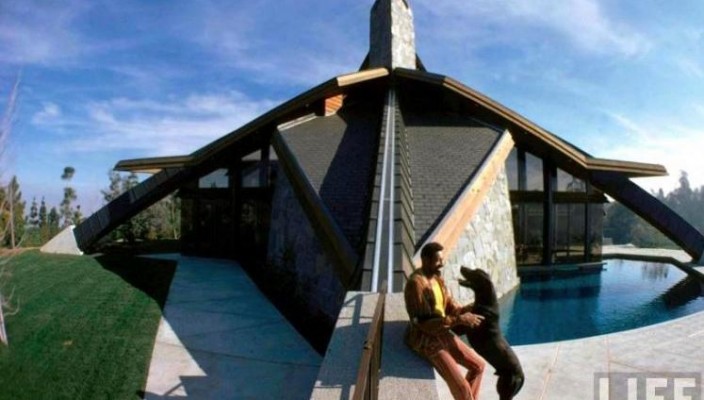 Wilt the Stilt’s Crib – The House of Wilt Chamberlain

OK, so you’re one of America’s (and by definition the World’s) most successful basketball stars, you’re acknowledged by colleagues and journalists alike as one of the most dominant players in NBA history (so much so that the NBA introduced rule changes to reduce your impact on the game), you stand 7’1″ tall and you’re the only player to have scored 100 points in a single NBA game. You’ve had a stellar career and retirement is beckoning. You want to build your own house that reflects who you are as a person and a sportsman plus you’d like somewhere to impress the ladies. Welcome to the house that Wilt built.

We don’t know much about basketball here at VoEA but when we stumbled across these photos of Wilt Chamberlain’s house we couldn’t help but be fairly impressed. When we then read up on his sporting career we were really impressed and felt we had to share it with our good readers.

Wilt Chamberlain was a sporting prodigy from a young age and took to basketball during high school. Such was his impressive record there that over 200 universities in the US wanted to recruit him. He finally settled on Kansas University, following on from his studies at KU he joined the Harlem Globetrotters in 1958 for a 12 month stint, moved to the Philadelphia Warriors for six years from 1959-65 and was then sold to the Philadelphia 76ers when the Warriors fell on hard times. After three years with the 76ers he moved to the Los Angeles Lakers in 1968 where he stayed until 1973 before a move to the San Diego Conquistadors for his final season. His individual achievements were particularly impressive most notably as mentioned above his scoring of 100 points in a single game, a record still unbeaten and the closest anyone has come to that is 81 points by Kobe Bryant in 2006. Chamberlain also held records as a scoring champion, all-time top rebounder and accurate field goal shooter.

Alongside his sporting legacy Chamberlain left a house that is impressive for its design and location as well as its rather ostentatious features such as a gold-lined hot tub, mirrored ceiling above the master bed, glass walls, 40 foot ceilings and a swimming pool that flows into the living room. It was built on the site of an anti-aircraft gun placement overlooking Los Angeles, cost over $1 million (which was a serious amount of money back in the early seventies), has a 14 foot high front door and contains enough redwood to build 17 conventional houses. It seems that Wilt the Stilt did quite a lot of entertaining at home; he never married and claimed (somewhat controversially) to have slept with over 20,000 women. His autobiography was called ‘Wilt: Just Like Any Other 7-Foot Black Millionaire Who Lives Next Door’, he had a brief acting career starring alongside Arnold Schwarzenegger in ‘Conan the Destroyer’ and was also a successful businessman and philanthropist once his playing career was over. However we digress, here the focus is on Wilt’s impressive pad so take a look at the kind of house a 7-foot black millionaire builds for himself. 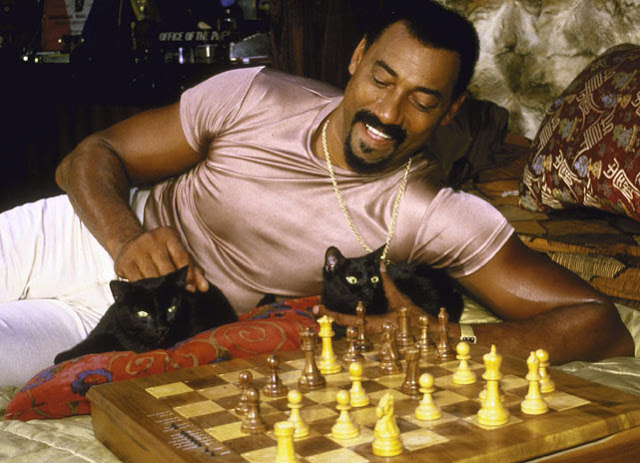