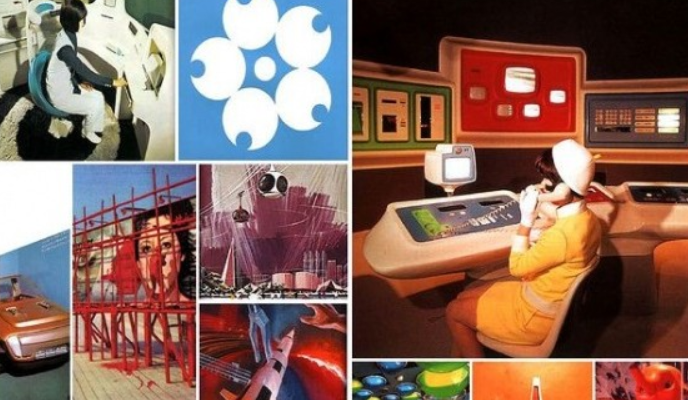 Expo 70 Japan – Postcards From The Future

Japan made major advancements in the world of modern technology during the Sixties.

So when the country hosted the World fair for the first time, it was an ideal opportunity to showcase their new ideas worldwide.

“Progress and Harmony for Mankind” was the theme for Expo 70 in Osaka. Between March 15th and September 13th 1970 Sixty Four million people visited the fair.The major attraction was a Moon Rock that was brought back by Apollo 12 astronauts in 1969. However, the fair also showcased the first ever IMAX film called “Tiger Child”, and they also demonstrated an early version of a device that would dominate the world a few decades later – The Mobile phone.