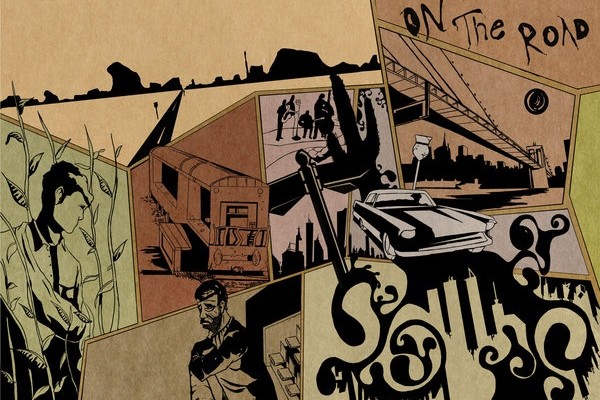 Jack Kerouac – On the Road again

Legend has it that Kerouac wrote On the Road in 1951 virtually non-stop over a three week period (presumably stopping occasionally for food and sleep) and the text has that almost breathless, stream-of-consciousness feel to it. Influenced by a long, rambling letter he received from a friend and by free-form styles of jazz, Kerouac decided he wanted to tell his story in the style of a long, improvised letter. Many argue this is one of the most important and influential books of the 20th century and when it was published in 1957, just after the post-war gloom, it was a rallying cry for the Beat Generation, one of the first American counter-culture movements where kids no longer dressed like their parents and had the kind of freedoms we all take for granted now.

Kerouac wrote in a style he called ‘spontaneous prose’ with little regard for punctuation in an effort to fully recount the memories of his travels. He used a long roll of teletype paper so he could type continuously without stopping and fueled on a heady mix of alcohol, marijuana and Benzedrine managed to get it all down on paper in less than a month. On his travels Kerouac had taken a note pad to jot down his recollections and in view of his profligate drug use and the amount of drinking he was doing it’s probably just as well.

The book influenced many actors, poets and songwriters over the years but particularly in the 1960s. The Beatles, Bob Dylan, Hunter S. Thompson, Jack Nicholson and Jim Morrison to name but a few. The Beatles later claimed that the word ‘beat’ in their name was used as a reference to the Beat Generation and John Lennon was a big fan of Kerouac.

This is a book to be read when you are in your late teens or early twenties. When you’ve got itchy feet and want to travel and see the world (which is of course your oyster). It is in essence an exploration of life using the road as a metaphor and whilst it has fallen in and out of fashion over the years and is very much ‘of its time’ it is still regarded by many as a classic and recently featured in Time magazine’s Top 100 English language novels from 1923 -2005.

If you’ve not read it and want to get a taste of America in the late 1940s and early 1950s then go out and get a copy. Be prepared to read a book that is some 60 years old now but at the time was at the vanguard of hipness. Some love it and some hate it but there’s no denying it’s a piece of modern US history that talks of a different time and in many ways a different place. If you don’t fancy reading the book the movie should be along shortly. Having bought the film rights back in 1980 Francis Ford Coppola started filming On the Road in August 2010 using Walter Salles (Motorcycle Diaries) as director. It looks like it will be released some time in 2012.

Kerouac’s lifestyle caught up with him pretty quickly and he died in 1969 aged 47 from internal bleeding brought about by his heavy drinking. In many ways his standing has increased since his death and he is now considered one of the major literary figures of the 20th century. All his books are still in print and alongside William Burroughs and Allen Ginsberg he is acknowledged as one of the father figures of the Beat Generation which was the precursor to the Hippy movement of the mid to late 1960s. 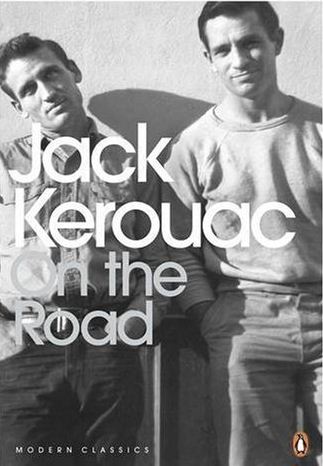 « Pablo Lobato Illustrations Mike James Kirkland – Hang on in There »