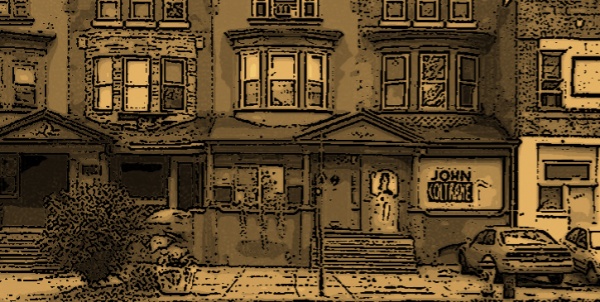 In this video the Pop pilgrims visit the house of Jazz legend John Coltrane. Although the house in Philadelphia was declared a National Historic Landmark  back in 1999, the house looks almost derelict.

It’s not the only property of John Coltrane’s that has been left neglected. In an article in the New York Times they reported this description of the house in Long Island where he composed -A Love Supreme “The bricks are crumbling. The raccoons have been evicted, but not the termites. Lexan panels cover the windows; a fan blows futilely to keep down the mold. That’s about as far as the restoration goes”