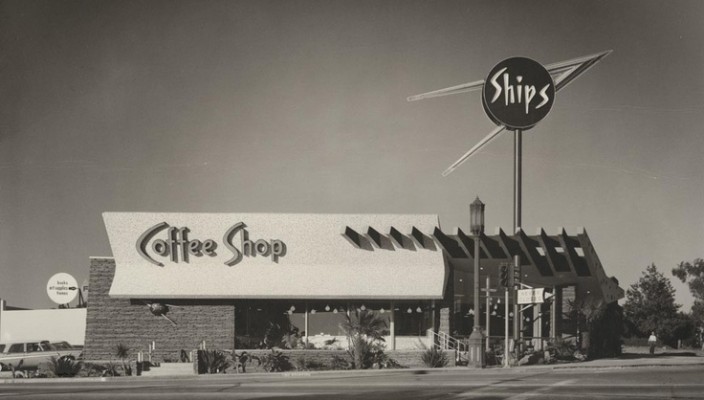 We took a good look at the all-American Googie style of architecture some time back and now, by way of a re-visit, we’ve turned our heads west again and dug out this brief video taking a look at the criminal neglect during the 1980s of America’s defining post-war architectural style.

We believe things have turned around a bit over the past 27 years or so and property developers and planners are beginning to realise the benefit of acknowledging and preserving the style from what may well have been one of America’s greatest creative periods during the 20th century. As architect Alan Hess whose book ‘Googie – Fifties Coffee Shop Architecture’ (1986) forms the basis for the documentary so succinctly puts it: “It took the mundane, functional requirements of a building and turned it into architecture with a capital R. “