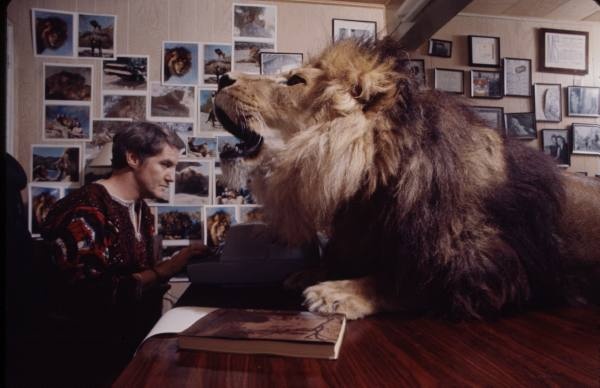 Living with a Lion

Regular readers will know we like to keep on the right side of health & safety and that includes the keeping of wild animals in domestic locations. Also we know the dangers of unpredictable big cats from Minnie Riperton’s unfortunate feline interactions. Here at VoEA we do not recommend keeping lions as pets. They are unpredictable fickle beasts, eat lots of meat and are notoriously difficult to house train. Also the litter tray they require is way too big.

The story behind these photos varies depending on where you look. The first explanation is these shots were taken during a campaign by an American animal rescue sanctuary presumably to deter any nutters who might have considered getting a huge dangerous wild animal as a pet. We don’t know if it had the desired effect though as these shots make domestic lion ownership look quite endearing. The alternative version is the family involved – the lady featured is Tippi Hedren who starred in Hitchcock’s The Birds and the girl is her daughter Melanie Griffith who shacked up with sleeve-rolling, Ferrari driving Miami Vice star Don Johnson at a very, very young age – were raising various large and dangerous beasts for their self-financed 1981 movie Roar. A movie that cost the family $17 million, took a staggering 11 years to make, grossed $2 million at the box office and was by all accounts beset by one disaster after another including a fire, a flood and a disease that killed a number of the big cats.

So, in conclusion, we can say that it is not a good idea to make movies with animals particularly large dangerous felines, it is not necessarily a good idea to let your young daughter shack up with over-sexed movie stars, just because you had one creature related hit film doesn’t always mean you will have another and whilst they may look cute lounging around your house these animals are born killers man. 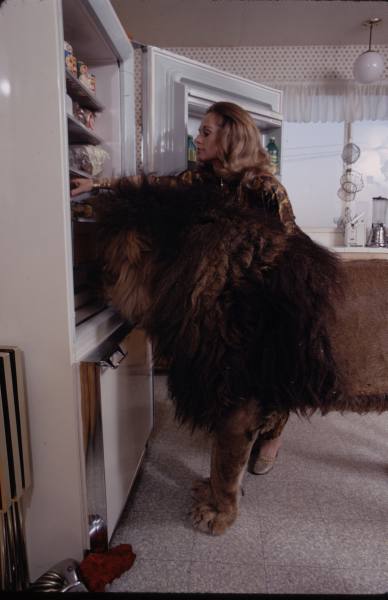 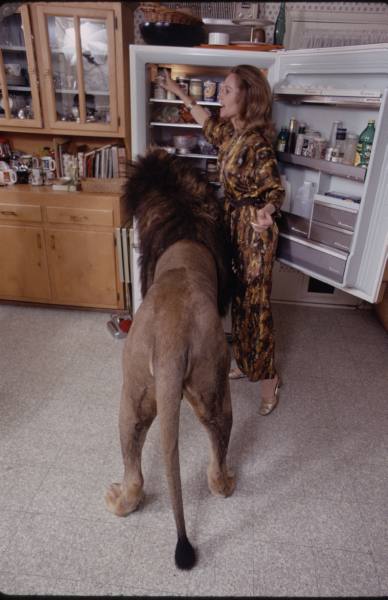 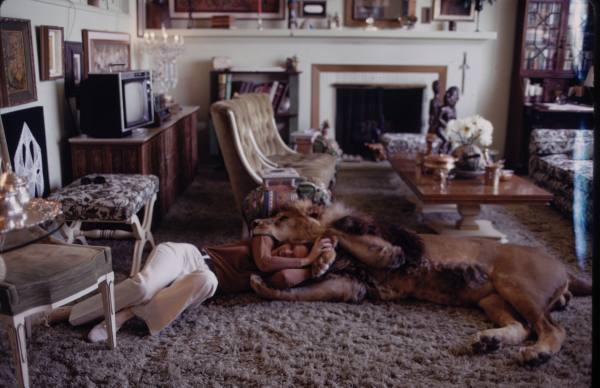 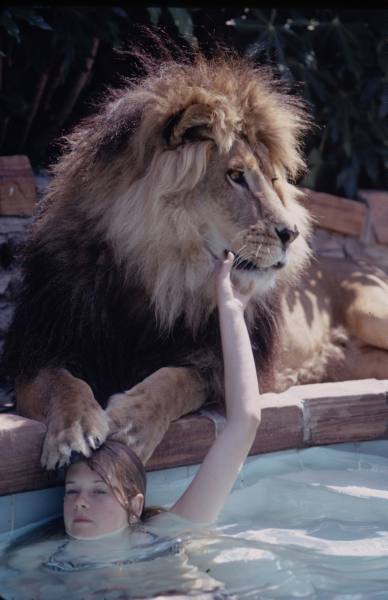 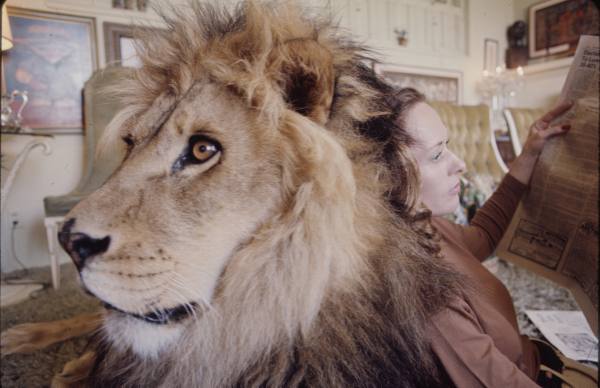 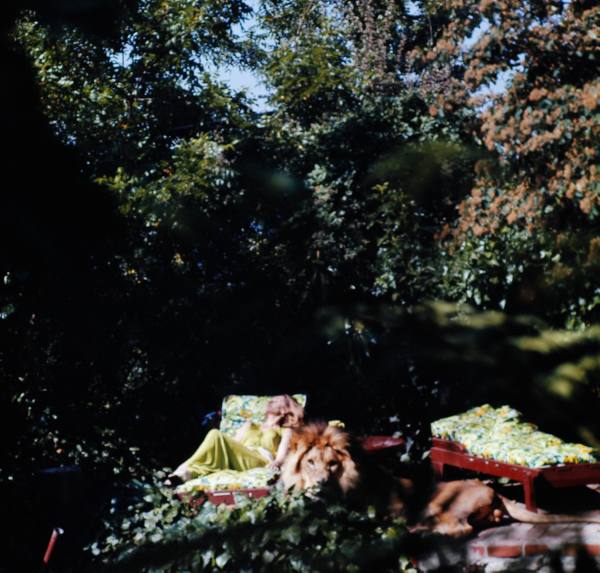 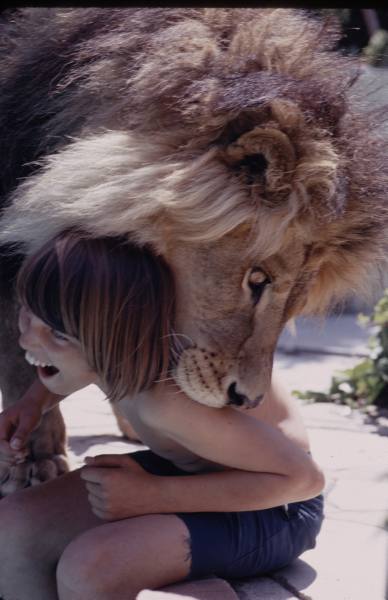 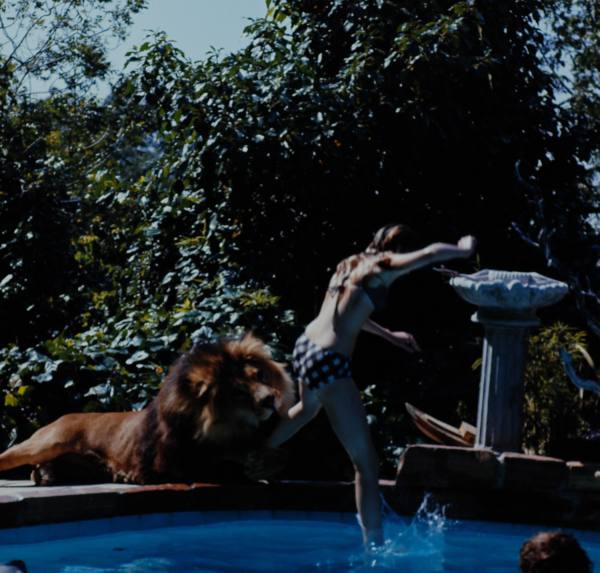 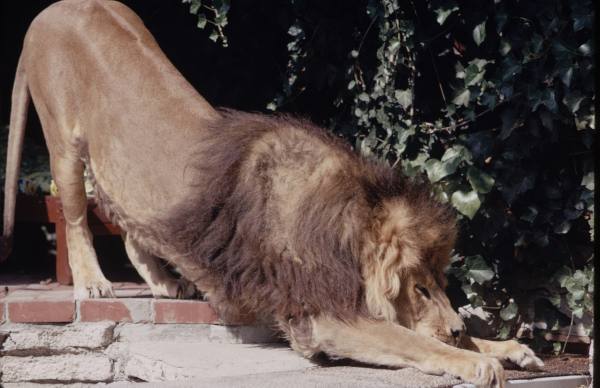 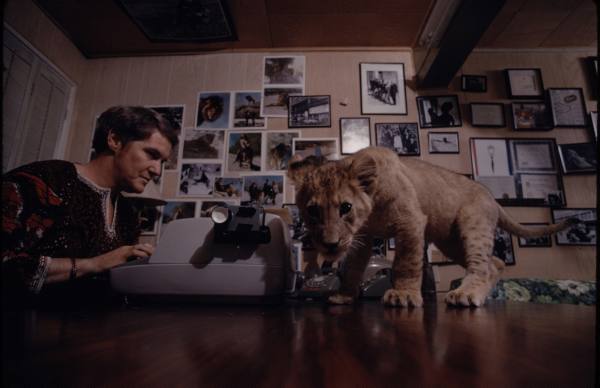 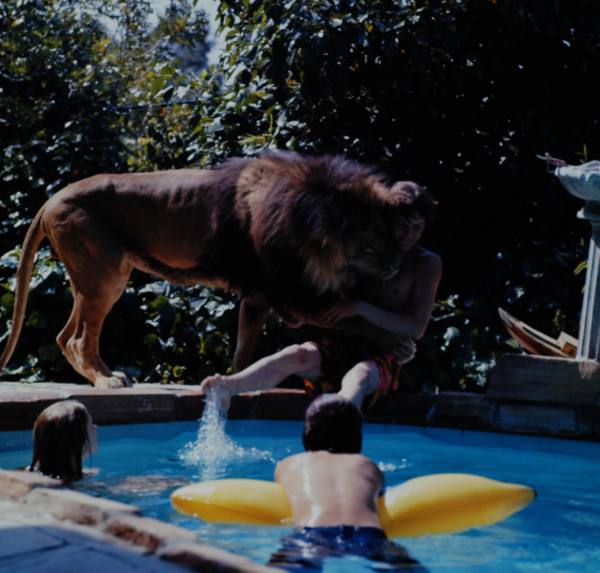 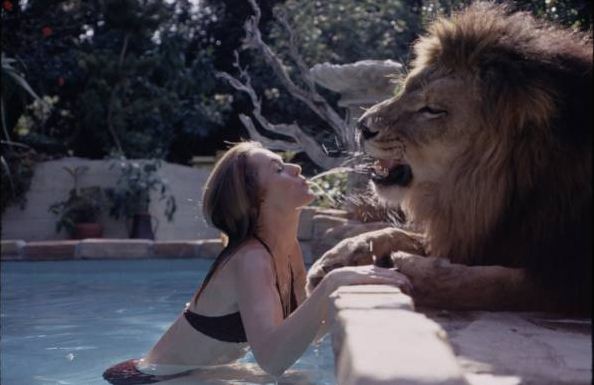 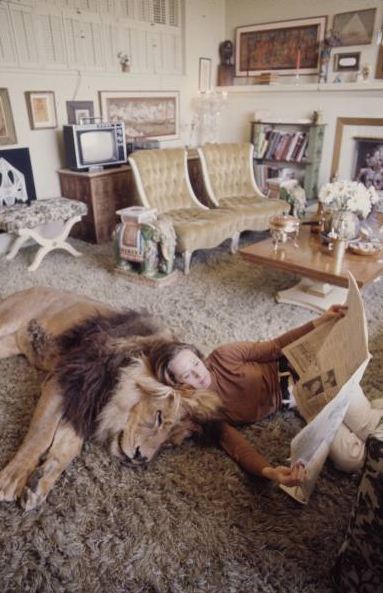 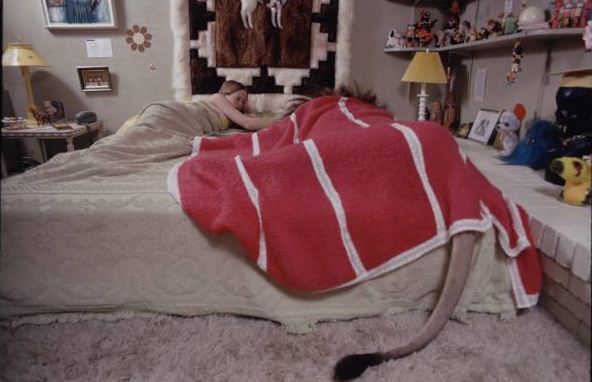 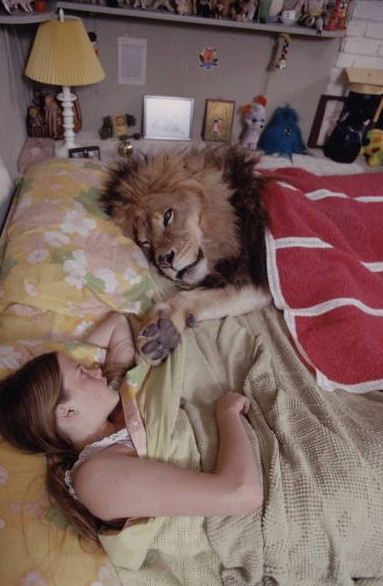 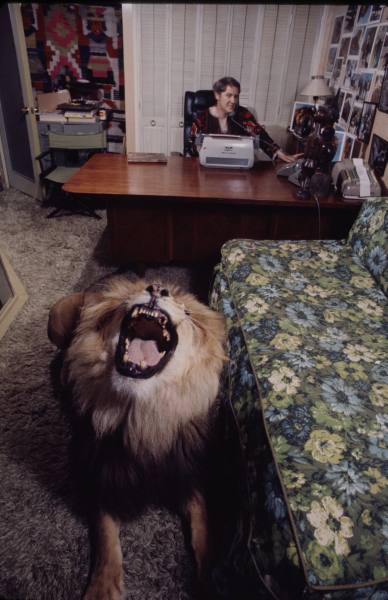 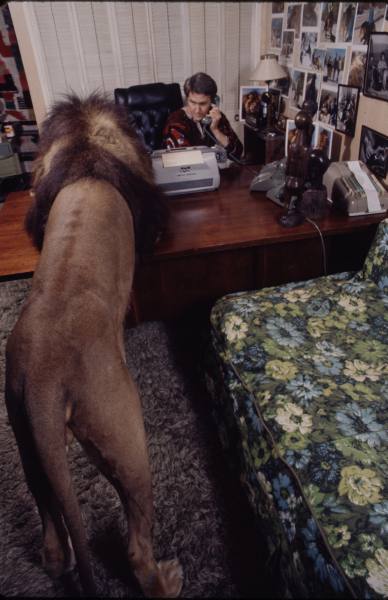 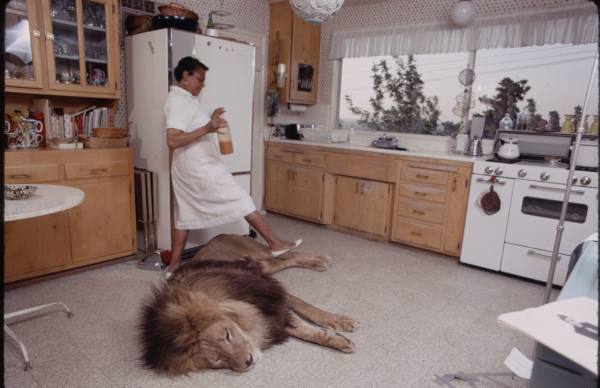