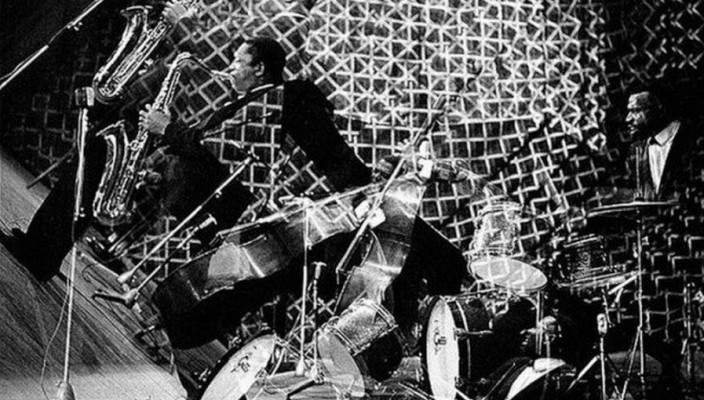 These snaps from Italian photographer Roberto Polillo were taken between 1962 and 1974. His dad – Arrigo, a well-known Italian jazz critic, presumably helped him gain access to a lot of the subjects as he was only 16 when he started this series back in ’62. They’ve been previously published in a book called ‘Swing and Bop Free’, have travelled Italy in various exhibitions and also have a permanent home at the Fondazione Siena Jazz – the Siena Jazz University (how cool is that?).To our knowledge this is the first time they’ve been available on the Internet so kick back, spark up a large one and enjoy these uber-cool images of legends from what many consider the golden age of modern jazz. Art Blakey and his wife in Milan Thelonious Monk and his wife Nellie